Here’s a completely new approach to making your smartphone stand out from the crowd… literally. The Alcatel A5 LED is the world’s first smartphone to have its entire back covered with LEDs, and was just unveiled today, at the Mobile World Congress.

If you were to only look at it from the front, it wouldn’t leave a lasting impression. The phone has a 5.2 inch HD capacitive display, and a fairly regular look to it, being fairly compliant to the design of today’s popular smartphones. It also fits comfortably in your hand, having a rounded and slim design.

However, the main feature of the Alcatel A5 LED catches your eye as soon as you flip it, revealing a backside covered in LEDs. According to Alcatel, the smartphone’s LEDs are extremely customizable, allowing users to program different light shows for each type of notification, such as calls or application notifications. The LEDs can also be programmed to shine a different color or pattern every day, using an app called “Color Catcher”. Additionally, the music player also has an effect on the LEDs, displaying multiple light shows during each listening, making for a fairly interesting experience. 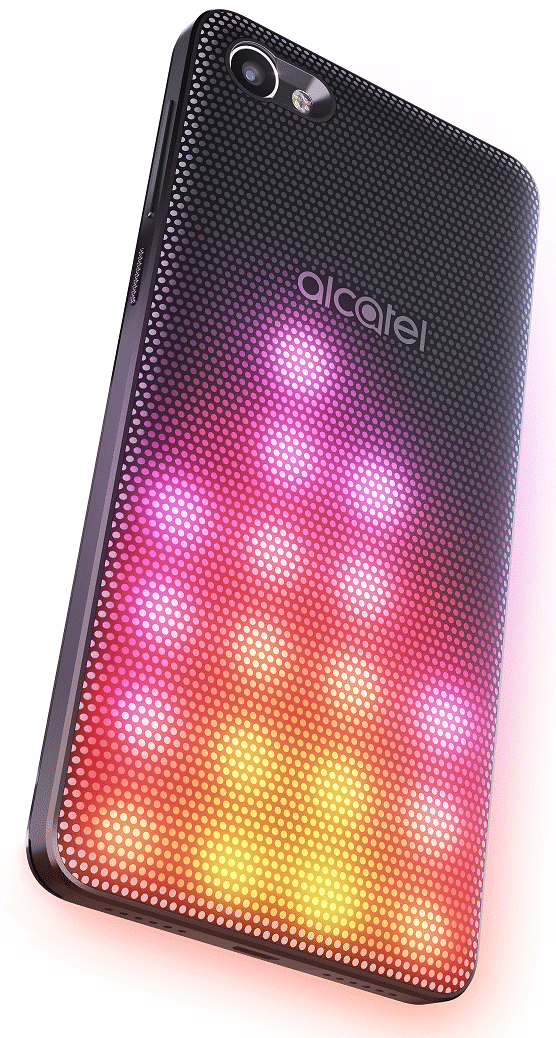 Once the initial charm of the LEDs wears off, you’re left with a regular smartphone that has nothing but a bright backside to it, while offering just enough for the price. The A5 LED has 16 GB of internal memory with support for up to 128 GB via MicroSD cards, 2 GB of RAM, a 2800 mAh battery, NFC and an Octa Core processor (8 x 1.5Ghz), all these while running Android 6.0 Marshmallow. The phone also has 4G LTE connectivity, allowing fast browsing as long as your provider permits it.

While the above specs are acceptable for the initial retail asking price of $200, the cameras, however, are where Alcatel dropped the ball on this phone. According to Alcatel’s Portfolio Management Director William Dowie, the phone ”is ideal for people who value having fun and letting their personality shine”. If the gimmick of the LED backside wasn’t already enough to prove it, this shows that the phone is mostly marketed towards teenagers and young adults who want to be popular and recognized.

Taking this into account, it seems like a questionable decision to only include an 8MP rear camera and a 5MP frontal one. Of course, according to Alcatel, the phone also has “Face Beauty” and “Face Show” software that let you edit your selfies and turn them into personalized video clips, but let’s face it: Snapchat already does all that, and probably better.