Blockchain technology – a decentralized digital transactions ledger – sounds boring next to the trendy products grabbing the attention and wallets of the crowdfunding folks. It’s high intrigue sub-theme as the platform for cryptocurrencies that aim to disintermediate the global monetary system sounds more exciting, but the duller accounting function is now the main event. As a sign of Blockchain’s growing acceptance, mainstream blue chip banks are now signing up to develop, finance and use the ultra-secure digital ledger system in the delivery of financial services.

The backing of the big banks as both users and investors has raised blockchain’s profile from a scrappy startup industry to a major investment theme. Crypto-developers and hackers who have relished their mystique are now surfacing from their murky world for the backing of the mainstream financial industry – in hard currency. Cryptocurrencies led by Bitcoin and blockchain technology have raised over 1 billion dollars in private equity capital so far. Non-traditional investors led by crowdfunders love the cryptic play. But crowdfunding is also going mainstream. It is now the largest private equity asset class, representing 21 percent of all equity investments in the UK in 2016, according to Beauhurts’ Deal 2016 report.

Ethereum based in Switzerland is a blockchain leader and cryptocurrency developer now seeking some greenback to expand its platform. Vitalik Buterin incubated his ideas leading to his crypto-currency ether and its platform at Canada’s University of Waterloo – incidentally, not far from the world class Perimeter Institute where real world physics including Nobel laureate Stephen Hawking study the effect of a different kind of ether on galactic stars.

Ethereum has the distinction of raising the biggest crowdfunding round in history for its open source blockchain technology, rounding up a dizzying $6 million through crowdfunding in two months in the summer of 2014. 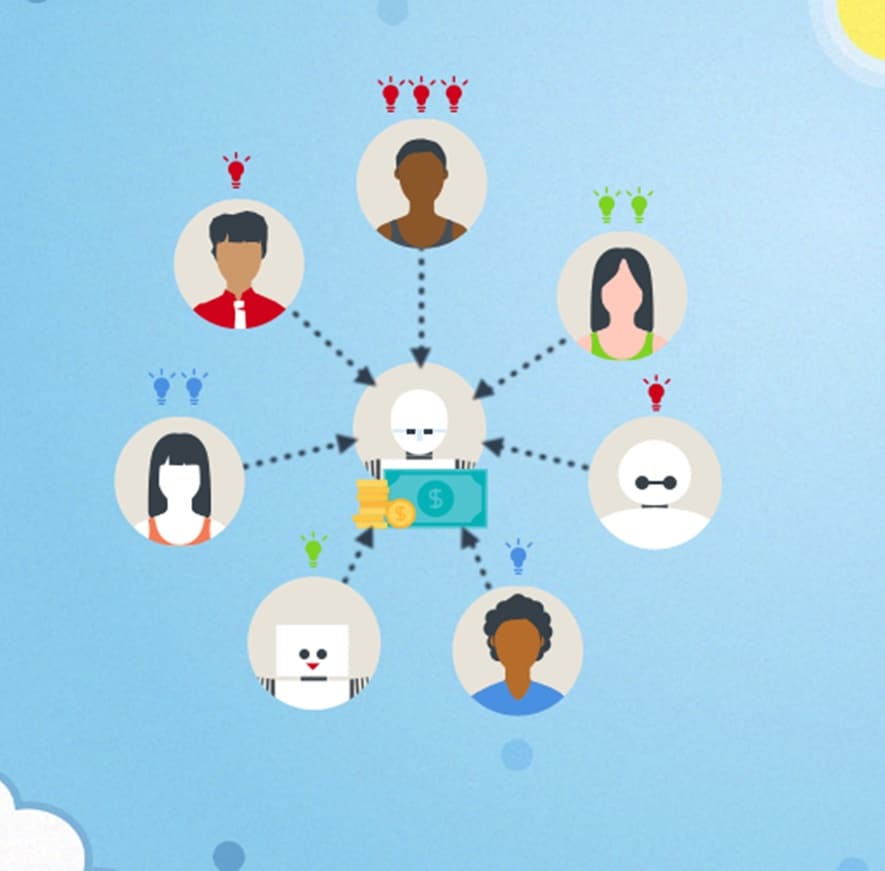 The essence of blockchains is they allow transactions to be processed on a network of computers rather than one centralized computer. With ironclad security, many virtual business functions can be performed more efficiently and cheaply. Ethereum’s elegant solution was to add Turing complete scripts. Named after famed World War II codebreaker Alan Turing, these scripts prevent attacks by using infinite loop transactions. Crucially, they allow the blockchain to host multiple assets such as smart contracts, opening the door to the use of financial and other instruments. Smart contracts use computer protocols to facilitate and authenticate virtual contracts, making transaction management quicker and more efficient.

How more efficient? Hyperledger, a digital ledger system being supported by banks, says it can do thousands of transactions a second. The Australian securities exchange ASX says it can execute securities trades in milliseconds over the blockchain. Moreover, with blockchain supporting front-to-back office operations, traders could conceivably go to the bank a few seconds after completing a trade and withdraw their trading gains from an ATM.

In addition to smart contracts and crypto currencies, the more Turing secure distributed computing platform can host many other virtual services.

This ironclad security is allowing some serious disintermediation to traditional financial services to take place. Crowdfunded opportunities include community consensus derived credit ratings developed by Ofyz. The use of blockchain tech to sell insurance is expected to be a future growth market. France’s inSpeer, an innovative platform crowdfunding insurance policies for electric cars, provides a peek into the future. 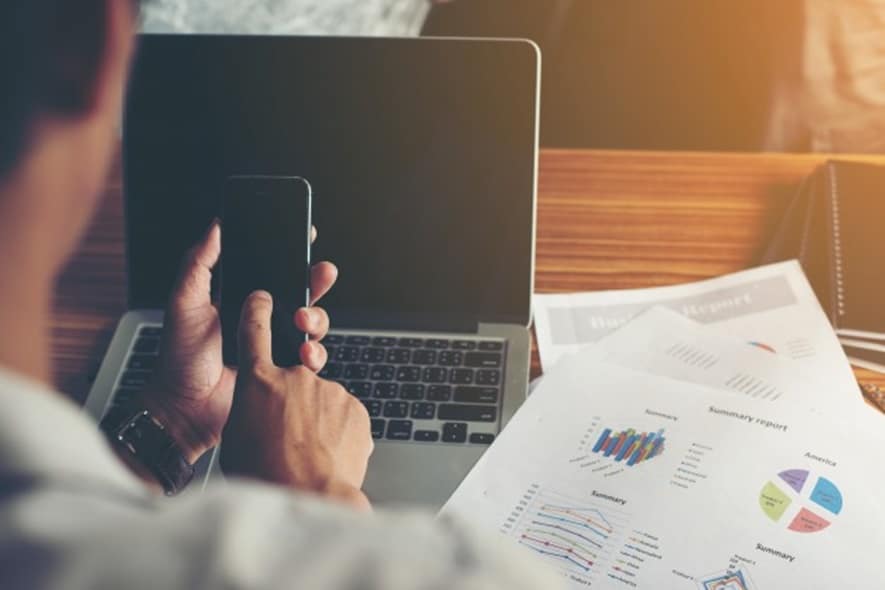 The ambitious blockchain is going after the big banking business, too. Crypto wealth management platforms such as eStakeX could one day replace wealth advisors. The blockchain is already moving into investment banking. Overstock.com is the first company to do an initial public offering over blockchain technology. 126,000 shares were distributed over the Bitcoin blockchain in December 2016. Regulation has not yet caught up with blockchain technology, however. To comply with financial regulation, Overstock.com had to funnel its transactions through brokers and other traditional middlemen.

ICONOMI, another cryptocurrency has launched a fund management platform. After its funding period closed in September 2016, the company distributed 100,000 million in its cryptocurrency to its crowdfunding investors. In exchange, investors can invest in digital assets representing a cross-section of the new economy when the platform goes live in 2017. The value of the crypto currency has been steadily climbing since the end of last year. Crowdfunded OpenLedger is one of many exchanges cropping up to specialize in trading cryptocurrencies. 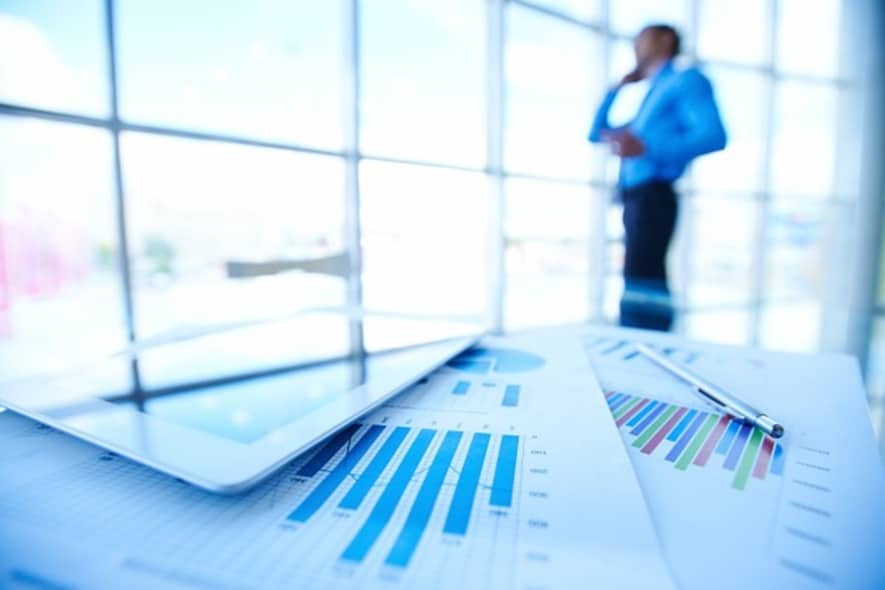 The serious money is going to the non-sexy technologies supporting the migration of the mainstream financial services industry onto blockchain platforms. An encrypted Bitcoin time stamping tool sign.HTML is but one example.

Over 40 banks have crowded around two blockchain groups, R3 and Digital Assets Groups, signifying not only their interest in blockchain as an investment opportunity but also a technology that will underly their own virtual transactions. All participating banks are researching and/or using blockchain technologies in their operations. These groups have also become acquisitive buyers of blockchain startups, including Bitcoin server developer Bits of Proof and digital rights and obligations developer Elevance.

Digital Asset has signed numerous contracts with its member banks to facilitate and develop financial services over blockchain infrastructure. Supporters also include major exchanges, which are using the technology to greatly enhance efficiency and the speed of trade execution, clearing, and settlement. Digital Asset has signed contracts in equities trading and clearing, repo clearing, fundraising, and operations management. The NASDAQ and ASX exchanges are already using the technology. Based on its most recent fundraising round, the company is valued at about $100 million. Could an IPO be far off?

R3, with the backing of over 40 banks, is also involved in the development of distributed ledger technologies and related blockchain applications. It also has a venture capital arm investing in these technologies. The group is led by the former CEO of the major financial exchange ICAP, and is widely expected to target exchanges, among other financial sectors.

Most of the banks have backed Hyperledger as a promising distributed ledger system for the financial services industry. Its Fabric is analogous to a blockchain operating system, on which the industry can develop applications and other solutions. The open source project is hosted by the Linux Foundation and led by an industry leader, Executive Director Brian Behlendorf who developed the first web server, the open source Apache Web Server.

How far can blockchain technology go towards the disintermediation of financial services? Could it one day replace investment analysts? The madness of crowds has been blamed for every major market crash. But what if you could leverage the “wisdom of crowds’ to improve forecasts?

Augur is out to prove that collective intelligence makes better predictions than individuals.
The company runs decentralized prediction markets, using the blockchain’s decentralized, distributed computing networks to bring many investors together. The forecaster sells virtual shares in the outcome of real world events, ranging from who will win the World Series, the Oscar or presidential election. 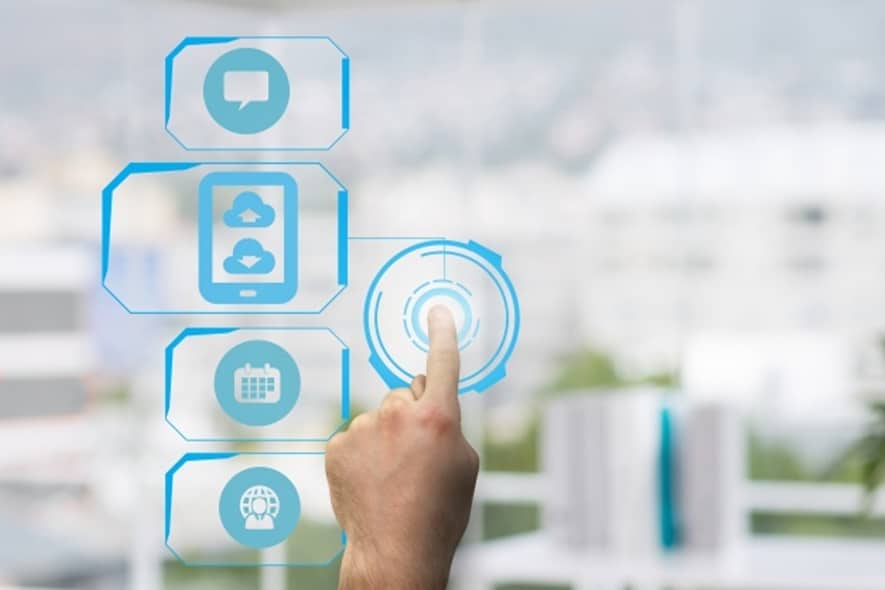 If smarter human forecasting can improve forecasts, it could even upset the $6 trillion passive investment industry

Wings uses swarm intelligence to conduct due diligence and vote on the viability of crowdfunded blockchain projects. Community members collectively decide on and forecast the viability of projects. A project is reviewed, improved upon and approved by the collective intelligence of its over 17,000 community members before it can start crowdfunding.

If smarter human forecasting can improve forecasts, it could even upset the $6 trillion passive investment industry. The challenge may be convincing the peer-to-peer network that it is worth pooling its collective wisdom to forecast the stock price of the biotech play you want to invest in.

Wings is an example of the trend towards using blockchain technology to host decentralized crowdfunding services, whilst bringing more money to its own development, as well as other projects. The administration of these sites is low and less costly than traditional fundraising since blockchain technology is used to administer the payments, and can directly send investments to the company founders. The Wings’ platform has raised about $1.5 million in Bitcoin fundraising to date.

New funding models are developing, making it easier for anyone to finance blockchain and cryptocurrency technologies. SatoshiPay allows investors to make ongoing monthly contributions to companies in the Bitcoin ecosystem. The nano-payments system, named after the elusive founder of Bitcoin Satoshi Nakamoto, only accepts funding in Bitcoins.

Not all blockchain technology has proven to be impermeable. The Decentralized Autonomous Organization (DAO) – a venture capital firm allowing all investors to vote on what to invest in – raised $160 million, substantially over its $500,000 target, in 2016. Soon after, the company was hacked and one-third of its cryptocurrency, either, with a value of $50 million stolen. The company is stateless and therefore has no regulators. An advantage of self-regulation was the company could separate into two separate cryptocurrencies, after the community debated various proposals, and continue in business.

This massive open online investing democracy is a good anecdote to a rise of the passive, centrally controlling robo-advisor. Senior advisors do help screen and manage the investments.

Towards a Liter, More Nimble Blockchain

A shortcoming of blockchain technology is it can purportedly take hours to download the blockchain to your computer. The Waves Platform is investing in the development of a decentralized Lite blockchain client. The Waves Platform facilitates crowdfunding on its blockchain, as well as digital trading, voting and portfolio management. The Lite client accesses BlockChain information through public Waves nodes, instead of downloading it, and can also facilitate address creation, signing and verification to complete the transaction.

The development of blockchain apps – led by companies such as Waves and Lisk, the top Crowdfunded project in Germany at $11.6 million – is the next natural evolution for adherents who are trading, managing investment portfolios, and forecasting across decentralized technology such as mobile phones and tablets. Stratis raised $100,000 in an initial coin offering (ICO) for its enterprise-level technology aimed at making the development of blockchain apps faster. 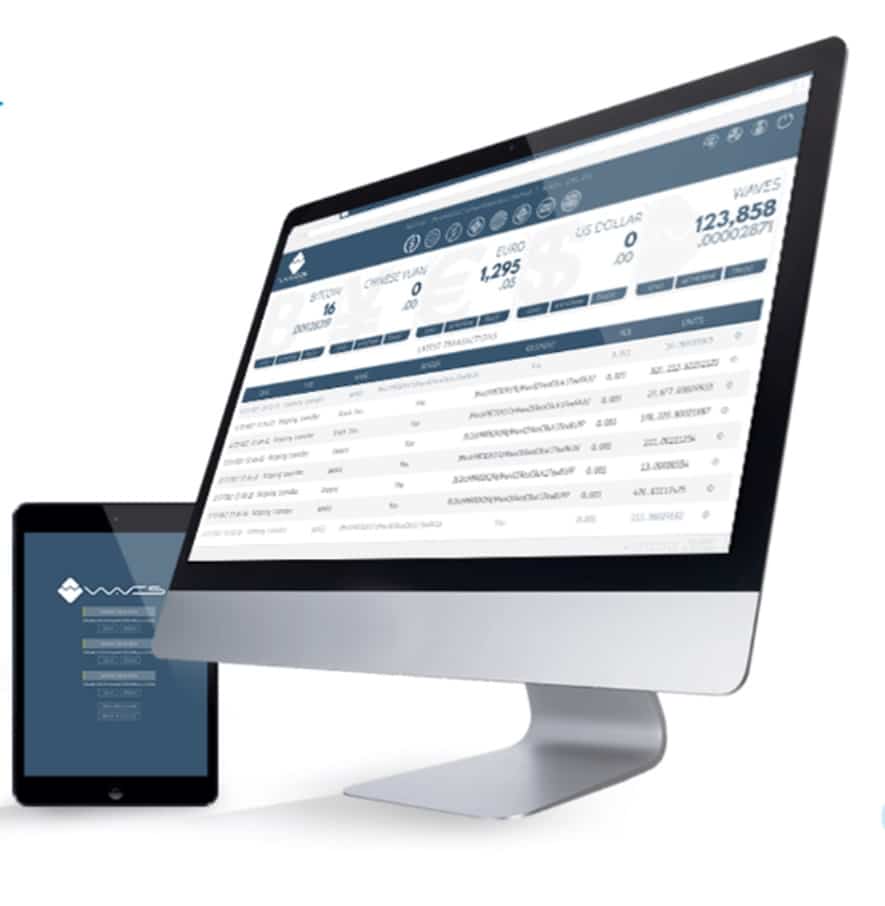 The Waves Platform facilitates crowdfunding on its blockchain, as well as digital trading, voting and portfolio management.

After crowdfunding, the next step on the blockchain’s financing journey is early stage expansion capital before an IPO to attract even larger stacks of money, in the major currencies. Many private investment funds are emerging with a focus on providing early stage financing to the blockchain space, such as Coinsilium, Kryptonite 1 and Huiyin Blockchain Venture. Technologies focused on include payment gateways, exchanges, casinos, and data management and security. Coinsilium (COIN), a blockchain technology and development company, is the first blockchain company to do an initial public offering. The company’s IPO on London Nex Exchange Growth Market raised $1 million.

The irony is not lost on a technology developed to host cryptocurrencies to unseat the traditional financial services industry quickly becoming the virtual platform upon which the bricks-and-mortars financial industry will operate.

As blockchain technology use increases and, dare we say, moves towards becoming the mainstream digital distributed ledger technology it will grow as a major investment theme.