For years now, bicycle riders all over the world have been trying to enhance their riding experience by attaching systems to their bikes with features such as fitness tracking and navigation assistance through GPS. However, these attempts would usually prove to be rather unintuitive, lacking simplicity and connectivity, often not being worth the effort of installation. 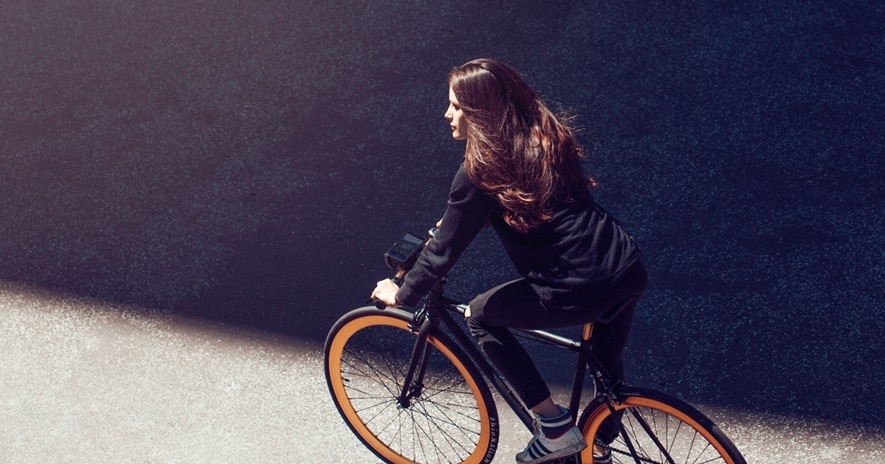 However, since mid-2016 a new promising product tried to bring all the features that could enhance the riding experience into one “smart connected biking system”. The COBI Smart Bike Navigator enjoyed a relatively good feedback from users and has won several awards, such as the Design & Innovation Award 2017 and the CES Innovation Awards 2016. However, does this product actually deserve its praise, or is it just another hyped up gadget that ends up disappointing?

The designers of COBI refer to it as the perfect fusion of your smartphone and your bike. Seeing your smartphone as the main feature of the system, the developers of the product placed great emphasis on the way it connects with the COBI system. Therefore, they tried exploiting your phone’s capabilities with the dedicated app while keeping it protected and tightly attached to your handlebars.

But, what is it exactly that this product brings to the table? COBI comes with a handlebar mount, a free mobile app, a thumb controller stick, automatic front and rear AmbiSense lights, and several other optional accessories. The system also has a rechargeable and replaceable 6,000 mAh Li-Ion battery, but if you own an eBike, the COBI is powered up as you ride.

The handlebar mount fits all standard handlebars (22.2/25.4/31.8 handlebar diameter, max 54mm width and max 60mm height). There are two variants of the mount phone hub cases: one that is specifically made for iPhone 6, 6S and 7, and another universal mount which fits most types of smartphones (up to 6 inches in size). The hub also protects the smartphone from bad weather and from shocks.

The mount features an array of sensors, wireless connections, as well as a phone charger and is connected to the handlebar with a robust yet easy to install screw system, which can handle most types of terrain, though it might not be suitable for heavy trails. 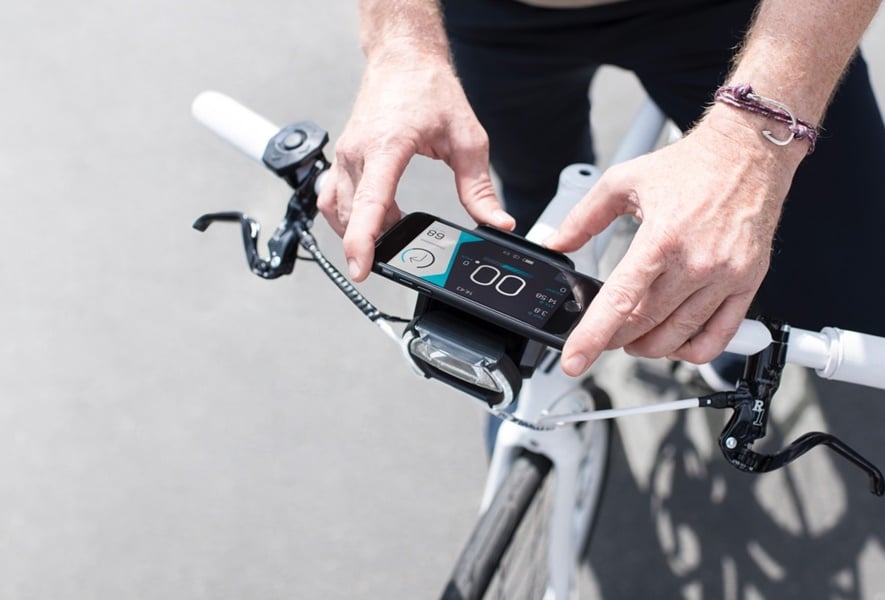 The free mobile app is where things get interesting: its design is simple, intuitive and packs an impressive number of features: from weather forecast, navigation, music remote, mobile contacts and fitness tracking to anti-theft alert and others. The weather forecast offers real-time weather information depending on your location and the current time of the day. The navigation app offers quick route selection which allows you to “choose between the fastest, the shortest and the quietest routes”. It also offers turn-by-turn guidance as well as voice assistance. You can choose between a 2D and 3D interface, and the system has a low mobile data usage with the option of downloading offline maps. What is more, it can be paired up with Komoot to improve the Navigation experience.

The music remote gives you access to the features you could expect from a music app, and it is also compatible with other media apps, such as Spotify, Beats or iMusic, while the mobile contacts menu allows you to initiate calls easily, as well as choose a list of riding buddies whom you can call even more quickly.

The fitness tracking menu offers real-time data on your heart rate, cadence, speed, calories and also features a progress bar which fills up according to your speed, weight and effort. 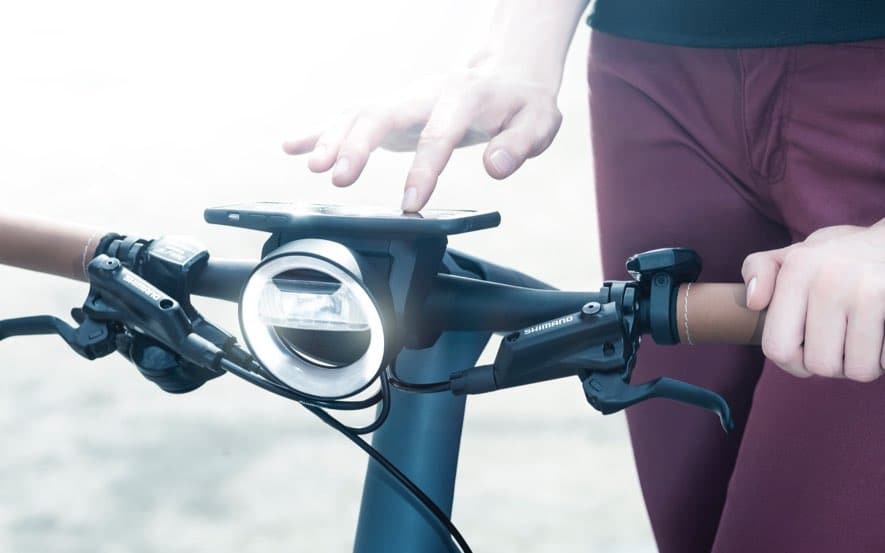 The anti-theft option alerts you with a mobile notification if your parked bike is the subject of suspect movements, while the bike also emits an alarm similar to that of a car. Stealing the COBI itself would prove to be useless, since it can only be paired with one phone, which means that in order to make use of it, the thief would have to steal your phone as well.

The thumb controller stick ensures that you have a quick, easy and safe access to all the features the app offers. Mounted on either side of the handlebar, next to your hands, it allows you to navigate through the app without taking your hands off the handlebar or your eyes from the road. You can use it to select your music tracks and volume, to make phone calls, to keep in check with the fitness menu, with the navigation menu and with the other features. It also has a ring bell dedicated button that mimics the sound and volume of a classic ring bell. 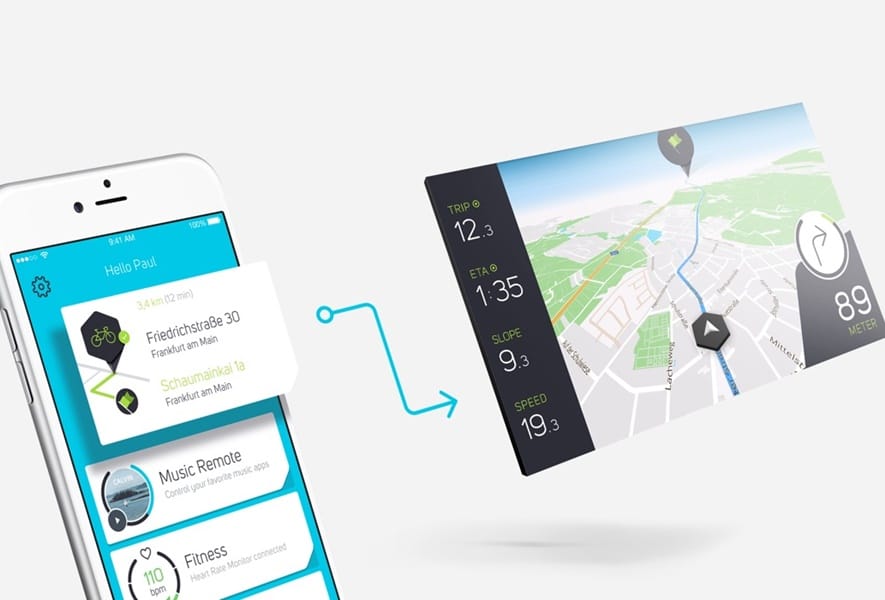 The front and rear lights are similar to those of modern cars and have both manual and automatic controls. The front beam has 3 modes: daytime running light, low power beam and full beam, which can be cycled through manually or set to an auto-controlled option. The rear lights are wirelessly controlled and have a turn signal option which can be accessed from the thumb controller. According to the developers, the lights conform to the StVZO German road traffic regulations, which are one of the most exigent certifications out there.

Also, there are many other features that can assist users in their on-the-go work. For those involved in delivery work, COBI offers options such as location-based pickup and delivery and real-time delivery tracking. For those involved in the tourism industry, especially the part that involves sightseeing, the Smart Bike system can help, for instance, with tour planning, navigation and voice integration for the guides of tourist groups. 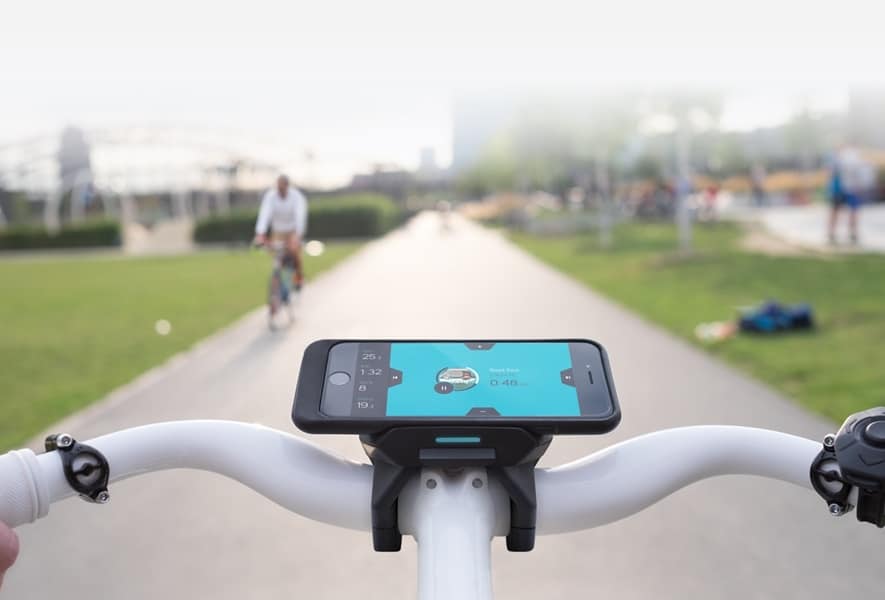 COBI is designed to be on a road of continuous upgrades and improvements. At its release, people often complained that the app was laggy and buggy and the system was under expectations when it came to overall performance and reliability. However, a large and constant number of feedback-based updates have not only just fixed most problems but also has improved the device, and most of the actual feedback is now positive.

What is more, the developers are trying to increase the compatibility between COBI and new cellphones, new apps and even new bikes. There are many famous bicycle companies that now offer bikes with a built-in COBI system, such as the Winora Radar, Ghost Square Urban X or Gazelle No1. So, you can be sure that the system will not become out of date any time soon, given the interest that many developers from several industries give to this product. In fact, you can expect it to become better and better, given the constant number of free updates available.

Owning an eBike might make this product be even more worth your buck, since the two are highly compatible and are able to complement each other in a very neat way, as COBI will borrow power from the eBike’s electrical motor. Therefore, manually charging the batteries of your smart navigator will not be necessary.

However, there have been complaints over the lack of technical support for the product: unhappy customers complained that they received no response to their emails and phone calls, and when they did, they were offered no real help or guidance. 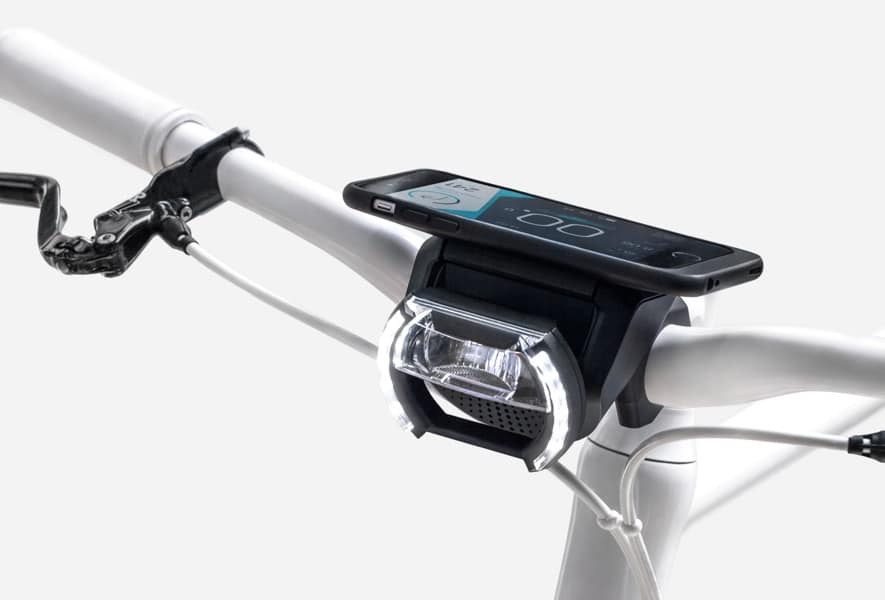 There are three packages available for purchase at the moment. Those are: COBI Sport – €250 (does not have front or rear lights), COBI – €300 (has only front lights) and COBI Plus – €340 (has both front and rear lights).
The product can be bought directly from the official website and shipping is available worldwide, with most countries being eligible. 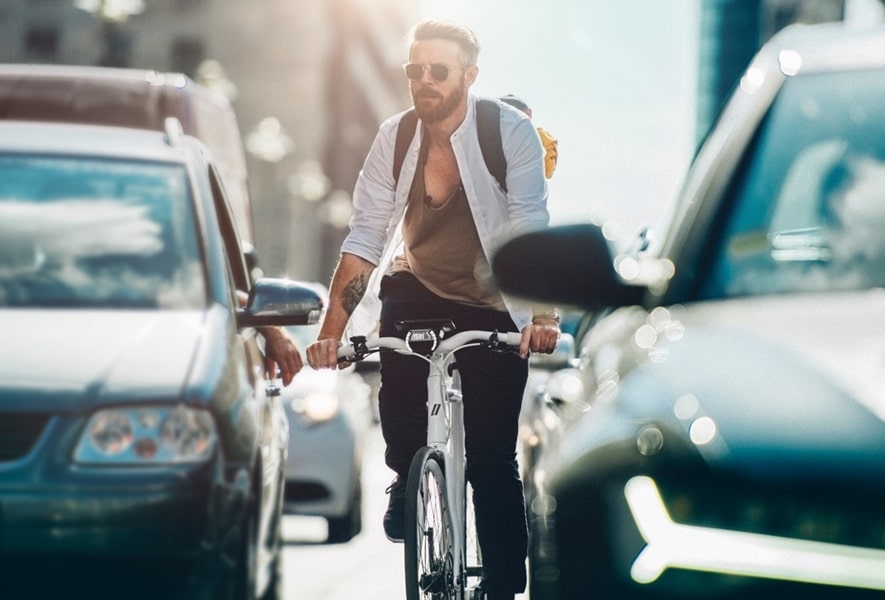 The COBI Smart Bike Navigator offers a large array of options and features that can be used in several ways in order to improve your bike-riding experience substantially. This might not be a good choice if you enjoy biking on heavy mountain tracks, or if you do not travel by bike too much, given its relatively high price. However, if you commute a lot by bike or you take regular bike rides, owning this system is totally worth it, since it can make riding a safer and a more intuitive and fun experience.

Bicycle riders have been longing for a way to improve their experience with various smart gadgets. Luckily, German company COBI has come with an answer.