In the world of cryptocurrencies only improbability is predictable.

When it comes to rolling out a project into the world of initial coin offerings, even more so. Case in point is what is happening to Covesting. The copy-trading platform launched its token sale right around the time Ethereum prices spiked by over 100%, suddenly rendering its token value two times more expensive. Days later the CryptoKitties’ rush delayed and made more expensive any transaction within the Ethereum network, which Covesting used to receive investments on its ICO. In a world as volatile as that of cryptos, timing is always a shot in the dark and adaptation is an essential skill.

In this scenario, the team behind Covesting had to make a hard choice. Absorbing the cost of having two weeks out of its initial coin offering being rendered useless due to the network delays and price hikes, giving less opportunity for investors to jump in on the project, or alter the time frames to accommodate change. In sum, adapting and evolving.

That is what they have done. The team decided to extend the ICO period for three more weeks beyond the initial schedule, from the 24th of December to the 15th of January, in order to give interested investors more time to enter the sale. Now, for someone taking part in an ICO, these kinds of unscheduled changes can be worrisome. They can imply lack of organization on the part of the team and raise fears of further delays in the listing of the coin.

However, this is not the case with Covesting. The team has already partnered with HitBTC for the listing of the coin on the 20th of January and they are not changing the listing date. They have simply extended the period for investors to enter the crowd sale. This served simply to compensate for the two weeks lost at the beginning of the ICO due to factors beyond the team’s control. Naturally, the more investors join in, the more Covesting’s token, COV, will be worth when listed on the 20th of January.

In all, Ethereum’s price hike worked very well for Coinvesting’s pre-sale investors. To reflect the value change, the team decided to quadruple the number of tokens every token holder had bought during pre-sale. This means that anyone that invested 1 ETH to receive 200 COV in return, now owns 800 COV. The team also created a progressive price scale for the ICO with bonuses prices as high as 800 COV per 1 ETH, when the token’s valuation is 520 COV per 1 ETH. The ICO’s hard cap has also been changed to reflect Ethereum’s price, from a hundred thousand ETH to twenty-five thousand ETH. This is demonstrative of the team’s adherence to their roadmap and clear-headedness in their goals.

All of this happened with no change to the limit number of tokens on offer. This is fundamental because the amount of tokens available is in itself a fundamental part of how to understand the value of a cryptocurrency or any currency for that matter. The lower the number of units the higher the percentage that one holder of a single unit will have. To hold one out of a hundred is ten times more valuable than to hold one out of a thousand. This is supply and demand at its basics. 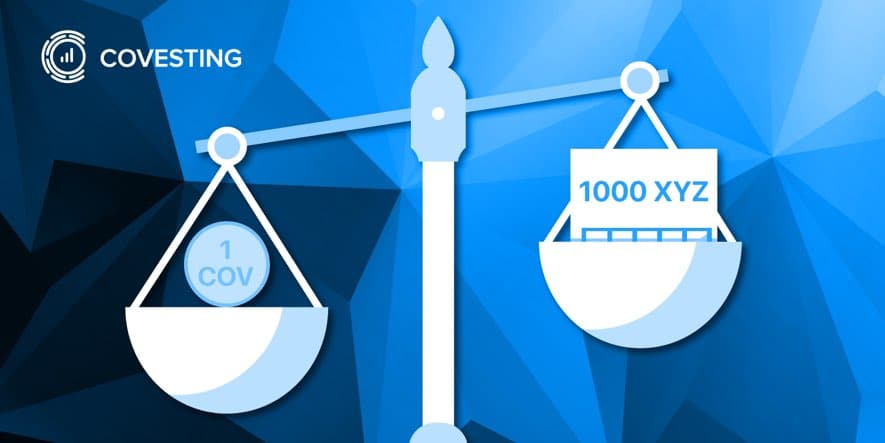 In that sense, and in every sense, the price is relative. Ripple’s 38+ billion circulating supply did not stop it from becoming the second most valuable currency by market cap this week, but it influences the fact that its token price is hovering at $2.4 dollars. The price per unit is diluted because of the number of available tokens.

With this in mind, Covesting’s price tag at $1.27 as an entry level is quite enticing, thinking that there are only 20 million units available. If there were only 20 million Ripple tokens on the market, at current capitalization, each ripple would be worth around 39 thousand dollars. With that in mind, Covesting’s token price seems very reasonable and within market standards.

Further, the extension period for the ICO will see tokens being sold at a higher price than at earlier stages, which should help support the token’s value once it is listed. Reducing the timeframe between the end of the ICO and the listing will also help sustain the hype created by the ICO and potentially push the price upwards once it hits the exchanges, as it will still be well present in everyone’s minds.

UPDATE: Case in point is the successful reaching of Covesting’s hard cap on the 30th of December, a well deserved new year’s eve gift for the team. The 25 thousand Ether goal was reached 15 days before the deadline, proving the extension of the deadline was the right decision to take.

One of the most exciting features of this ICO is the Buyback and Burn protocol. Covesting’s asset contract is designed to burn 50% of the fees collected from the platform. It will do this by buying back issued tokens available in the market and automatically burning them. This means that as the platform operates and generates income, the team will be progressively reducing the number of tokens on the market, making the price of the token rise up, as the market cap will gradually be concentrated in a smaller amount of coins. 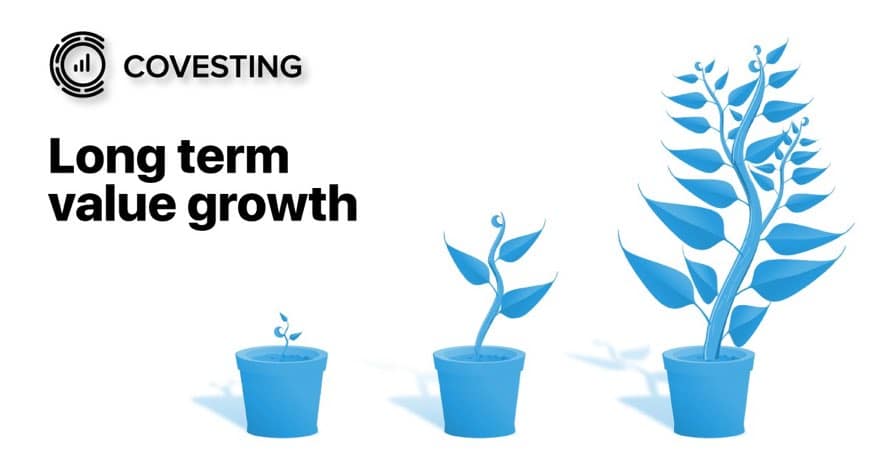 The approaches followed by the Covesting team have demonstrated the purpose and forward-looking thought processes that should result in very good returns for investors and early adopters.

Covesting was designed with the objective of democratizing capital earnings in cryptocurrencies by giving any investor the possibility of shadowing a professional trader. This should be very appealing to amateur traders, which constitute the greater majority of crypto investors today. They will do this without ever endangering the user’s capital as it remains in segregated accounts from that of the trader.

Over five hundred traders have already applied to be eligible for the platform, which is evidence of the project’s appeal to both professional traders and users alike.
With this in mind, Covesting’s ICO should be bound for success, and we look forward to seeing what the market has to say about it once it goes live on the exchanges.

Stay tuned for an upcoming interview on Chipin with Covesting’s CEO Dmitrij Pruglo, when we will be discussing this exciting ICO and what 2018 holds for Covesting.