Cryptocurrency and artificial intelligence (or AI) are quickly becoming tech bedfellows. Why? For starters, ICOs allow AI developers to raise funds quickly for R&D never possible before. The platforms that are beginning to be built, however, take this idea one step further. AI itself is resource intensive and expensive.

Up until now, development has mainly occurred within corporations just because of the expense of processing time and access to a network.No longer.
Combining the ability to access a decentralized network, lower computing costs, algorithm development and integration is the concept behind Effect.ai.
The start-up is getting their vision off the ground with the establishment of a blockchain-enabled Mechanical Turk that will already be able to compete with established centralized competitors like Amazon.

Here is how it works. People who have algorithms to solve, post these work tasks on the Mechanical Turk platform. They are completed by labor who is qualified to do them, for prices set by the employer. Once completed, the requester can use the information to train their AI programs better. Future developments include a connected AI marketplace and a fully developed AI enabled network.

We recently sat down with Chris Dawe, the CEO of Effect.ai to have a chat with him about the project as well as finding out his thoughts and insights.

Chris. Thanks for joining us today. Can you tell us more about yourself and Effect.ai?

Hey, Daniel! Thanks for having me.
My name is Chris, CEO of Effect.AI. I have a background in project management and extensive entrepreneurial background in building startups from the ground up.
I joined the founding members of a past company that built highly complex platforms for large international companies along with developing and producing AI for commercial use cases.

Amazon Mechanical Turk is slowly destroying the innovation of AI

The concept of Effect.AI came from a problem we started to notice with the price of AI development growing exponentially. Large corporations are clearly pushing the innovation of AI behind closed doors and pushing out all of the small players. We figured out that blockchain technology could level the playing field by allowing the AI developers and a human workforce to connect peer to peer to cost-effectively gather the necessary data to build AI.

From this initial concept, we added another solution to the AI market by creating a decentralized marketplace to allow AI developers to offer and exchange their products and services in an open and secure marketplace using blockchain technology. We also saw a problem with the computational cost rising as algorithms advance and thought that logical evolution of Effect.AI would be to decentralize and distribute the computational power necessary to run AI.

For many people what you propose seems “space age” but on one level it is basically a blockchained version (in its first Turk iteration) of Amazon’s currently accepted services (among others). The implications, of course, and pricing differentials are already enormous. If you had to give an elevator pitch of what you are launching, what would it be, besides “the future is here?”

Amazon Mechanical Turk is slowly destroying the innovation of AI by charging AI developers up to 40% to request tasks to be performed to collect data to build AI. By creating a similar platform, but using blockchain technology, we can push out third parties like Amazon, and connect AI developers directly to data necessary for building AI. On Effect Mechanical Turk we charge 0% commission and incentivize AI developers with free tokens to get access to our platform basically free of charge. Obviously, if you’re creating and developing AI, you also want to be able to offer this service to as many people as possible, hence Phase 2 – Effect Smart Market. Followed by Phase 3 – Effect Power, which will lower the computational costs to run AI for users.

How did you come up with the idea and what was the thought process behind it?

The founding members have an extensive history in building technology and advanced AI algorithms. As mentioned, we saw large corporations increasing the cost of entry into this marketplace and found that blockchain technology could significantly lower the cost of entry for new and smaller AI players. 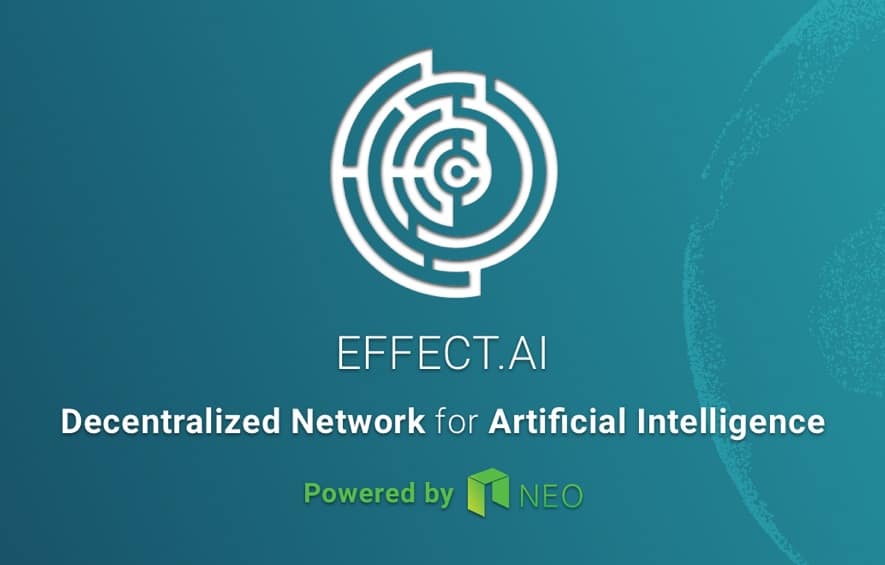 In the whitepaper, you discuss the impact of being able to source distributed tasks via a distributed network of both labor and processing power. There has never been anything quite like this kind of decentralized factory, has there? Would it be fair to characterize what you are attempting as a first “Ford factory” automation of production of IA or algorithms? If not, how would you describe it?

There is a misconception that we are building AI. We are simply building a practical platform to allow AI developers and the development of AI to be easily accessible. There are actually a few concepts, platforms and projects that propose similar initiatives as Effect.AI and we support all of them. 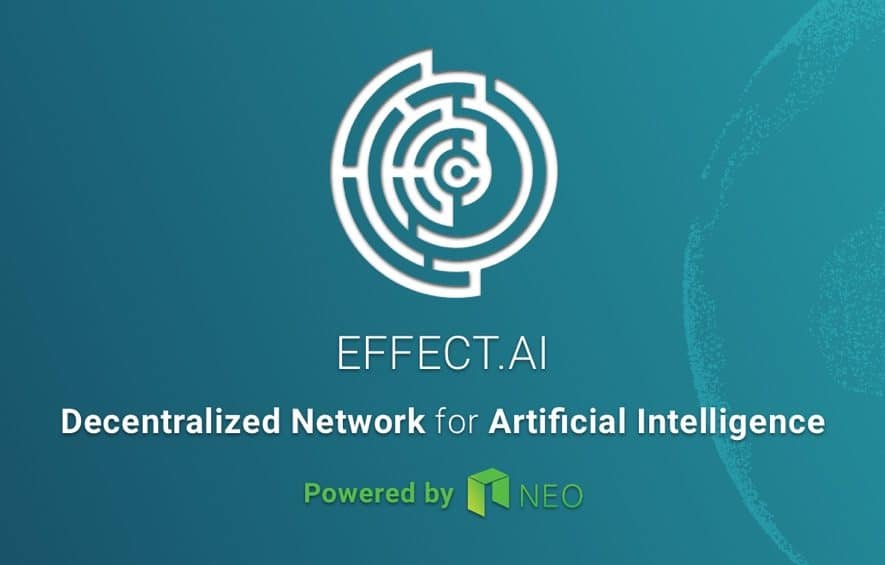 Blockchained enabled ICOs are pumping cash into the field of AI, fuelling innovation that previously just could not connect with funding. High tech, including AI, is one of the future-forward technologies getting a bump from the cryptocurrency boom. In fact, combining the two is also catalysing the pace of innovation

Regulation-wise, what are the toughest challenges you will have to overcome? And from where? Labor? Safety? Etc? And how and who will arbitrate those issues?

First, we are trying to solve the token sale problem of fairly distributing our public sale to all that want to take part. We are close to finalizing our token sale process and we will release the whitelist and the token sale details shortly.

A future problem and one of my biggest personal concerns is child labor for producing the simple tasks that will be requested on Effect Mechanical Turk. It has only recently come to light that there are major child labor work farms in India working on Amazon’s Mechanical Turk.

When I looked into what Amazon had in place to protect these children I found there was nothing. We will put a big emphasis on making sure that we have major policies in place to protect not only child labor on our platform but child labor in general. We are working with highly reputable ethics team to help guide us in building these protocols into our project model.

What are the services you plan to offer that excite you the most?

I personally feel that the element of the Effect Smart Market where AI developers can collaborate with other AI developers to exponentially grow their products and services is extremely exciting.

What has been your happiest moment so far working on Effect.ai?

I am happy and excited to wake up every day to work on such an innovative project and work with an incredibly skilled and motivating team.
On the flipside, what has been the most painful, or perhaps the most regretful decision you’ve made with Effect.ai?
I got my finger caught in the door yesterday, coming into the office. That hurt quite a bit. 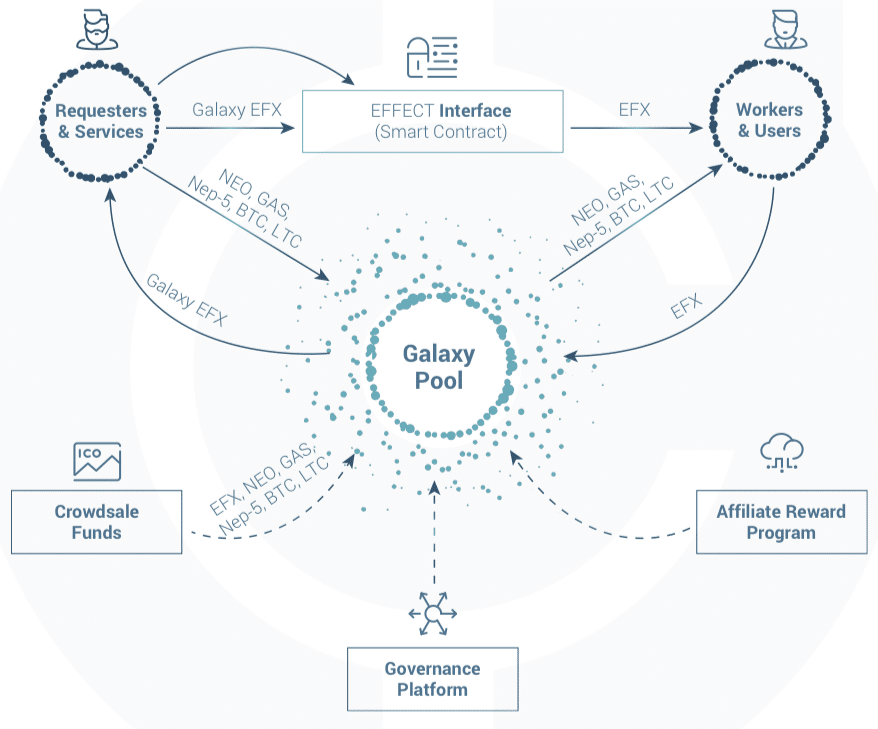 What is the indicator you are looking for to tell you that you have begun to achieve your mission?

We already have it. The feedback and support of the Effect.AI that has grown exponentially for the past few weeks has been validation and has created an unstoppable beast.

Tell us more about the EFX

The EFX token is simply a utility token to gain access to the Effect Network. In Phase 1, Effect Mechanical Turk, AI developers (requesters) will use EFX tokens to incentivize an online workforce (workers) to complete tasks necessary for AI development. In Effect Smart Market the EFX token will be used as payment from consumers to AI developers and service providers. Algorithms will also have their own wallet address and be able to exchange services between each other. In the final phase, Effect Power, people pulling their extra computational power will receive payment in EFX tokens, completing a full system of use cases for our cryptocurrency.

Currently, a lot of phone calls with industry leaders in AI and blockchain, as well as communications with government officials and lots and lots of team meetings. I have also been traveling in the last four weeks. I have been to Austria, Germany, Mexico, Great Britain, Curacao and twice to Dubai.

Blockchain technology will be used by as many people as the internet is being used right now. I believe this is only a few years away. 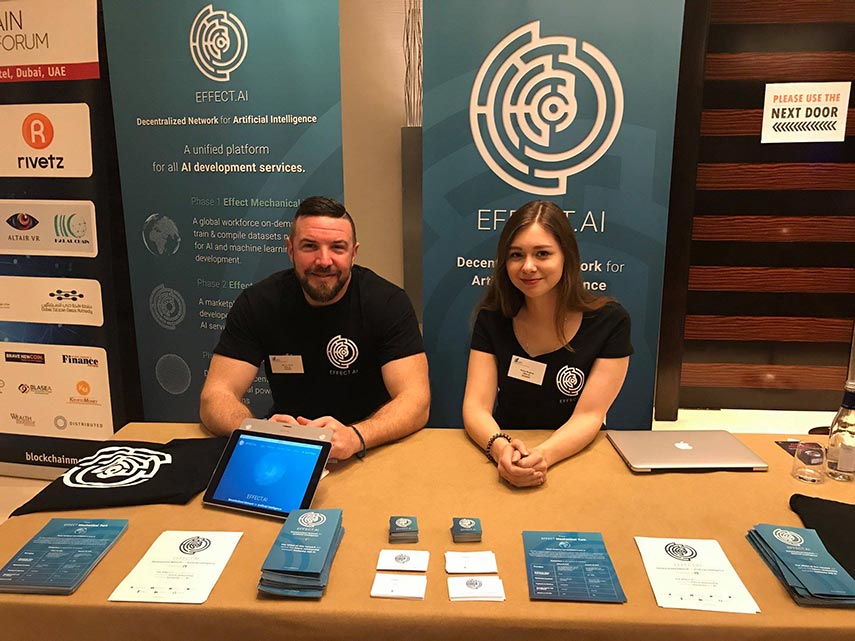 What’s something that you believed to be true for a long time until you found out that you were wrong, or if you don’t like that dichotomy of right versus wrong, what’s something significant that you really changed your mind about over time?

I was very disappointed to find out that Santa Claus was not real at the age of seven.

I have two children and it is my number one goal to be the best father I can be. To provide them the best guidance and the best support, and the best life I can. It’s first and above all priorities.

That concludes our Interview with Chris Dawe