This Friday, 8th March will mark International Women’s Day — a global day celebrating the social, economic, cultural, and political achievements of women, while also marking a call to action for accelerating gender balance.

While there is still a lack of women in technology across the board, blockchain is one area growing at an exponential rate with a worryingly extreme gender imbalance. With this in mind, we have compiled expert commentary from some standout female entrepreneurs in the space. By smashing stereotypes these women are blazing a trail for others and, in doing so, ensuring the world of fintech, blockchain and cryptocurrencies is no longer just a boys club.

There are many brilliant #women like @AmberBaldet @jinglanW @FahimaAnwar being influential in #blockchain and #crypto - but we need greater accessibility and involvement, for that, some business and development environments need to change. Click To Tweet
Lone Fønss Schrøder, CEO of Concordium

“It has been important for me to develop the ability to force myself to dig deep into a subject which I might not have an interest in at first glance, and allow myself to gain expertise in it.

The more time is spent on a particular subject and the more persistent I have been about understanding it, the more interesting it becomes. Academic immersion and building grit is extremely important in order to succeed in any field, including technology, which has long been seen as a male-dominated industry. I believe that consistency, commitment, and the ability to keep on doing research and asking until you understand are fundamental principles of success and will allow anyone to excel.

I think it’s good to build a tool box, and among the skills that I’ve had great use of is speed reading, which will allow you to process a greater volume of information in a shorter amount of time; a strong network of connections from whom to learn from; and reading relevant publications and following thought leadership platforms that will stir intellectual curiosity are also important. Doing sports has been vital for me to build grid and is scientifically proven for building brain cells and boosting academic performance and creativity, and building confidence. While female role models are important, it is just as — if not more — important to first understand how you define yourself. Do not let others try to stick a label on you.

It is fundamental to work with people with good values, but do also create a welcoming environment for everyone, regardless of gender, stay agile to change, and work with those who are bright and sympathetic, adaptable, and who thrive on change. Don’t stay in dysfunctional (working) relationships but rely and react on your good judgment.” 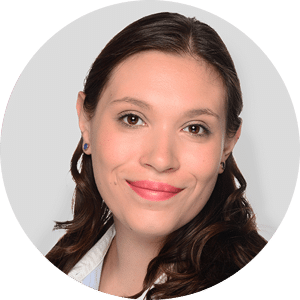 “Although women seem to be coming into parity with men, gender balance in all its dimensions is still not a reality. Issues remain, especially in the tech industry, including pay gaps, a low representation of women and women leaving in the middle of their careers.

In order for women to be on equal footing with men, business cultures have to encourage and actively promote a working environment of diversity, inclusion and equality, as well as countermeasures against income inequality and possibilities for women to be able to balance the high requirements of mastering the tech industry, while also reconciling career and family life.

Women in tech are the biggest allies to gender balance as they encourage other women to join the industry, serve as role models for future generations and contribute to finding solutions to improve the openness and inclusivity of the working environment.

Gender balance is essential not only for women but even more so for successful, innovative and striving businesses, economies, societies and politics – We all can gain from #BalanceforBetter.” 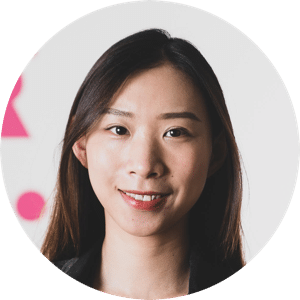 “For women in tech to achieve an equal footing with men, the industry as a whole has a responsibility to eliminate existing gender inequalities. 56% of women reportedly leave the tech industry by the middle of their careers, which is why it is important for us to understand the reason behind this figure in order to fix the problem and to ensure women receive the support they need.
While it’s essential to have female role models on the global stage, women are inspired by other women whom they can relate to in their everyday lives and work environments. When women see other women achieving success, they will see that it is possible to excel in a traditionally male-dominated sector. It’s also important to note the crucial role that men play in ensuring the playing field is even for both men and women.
We still have a ways to go in regards to building a culture of inclusivity, however, as a woman in tech it’s important to note that efforts have already been made to-date. Initiatives, such as female developer meetups, prove there is hope for the future of the industry, and proactive women are currently leading the way for change. I’m hopeful that in the future we will achieve equal opportunity, where women’s opinions are valued and heard just as much as men’s.” 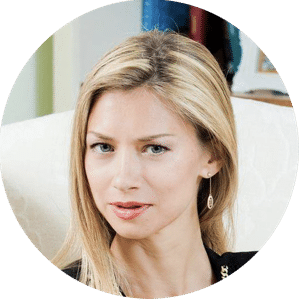 “Inequality doesn’t always mean discrimination. It arises from a variety of sources, including differing abilities, choices, and preferences. Fortunately, the time when all positions in life were determined purely by gender is in the past for the developed countries. It’s important for young women to understand that their lives and their development is in their control. What worries me is not simply gender inequality in tech, but the fact that there are still nations around the world that treat women differently where the fundamental freedom of choice and action is stripped from them.

It’s not a secret that generally, the tech space is still male-dominated and women are vastly underrepresented. In the case of Propy, having women in senior leadership roles positively encourages other females to join our company, a company that is supportive of advancing women’s careers while also increasing overall company growth and productivity. The reason for this is simple — diversity leads to better products, results, and happier employees.

Engaging women in the tech field now will have only a positive impact on what the future environment of the industry will look like. I am trying to mentor junior peers, show them the opportunities in the field, and help them to build confidence and be courageous.

We have a lot of amazing women in the company and I am proud of their achievements and contribution to Propy’s evolution and the development of female tech leaders.” 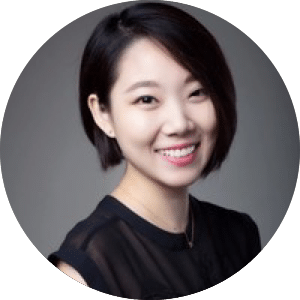 “Quite often I find myself being the only female in the room at blockchain events in China, but I take this as a critical opportunity to set the tone for how people see women in tech, particularly those in blockchain. The crypto and blockchain industry is definitely a boys club, but if the playing field is made level, that shouldn’t stop women from knocking down the door.

Putting women on equal footing at these events and beyond first starts with women knowing why they’re entering this industry, understanding their strengths, and taking ownership of the unique perspective they bring. Then as what HeForShe stands for, amplifying the voice of gender diversity comes with surrounding yourself with people who naturally see this, including teams of men who believe in the leadership we bring to the table and rally behind the cause.

While profiling women in tech and sharing their stories also has a strong part to play in encouraging and inspiring other women, it’s critical that the spotlight is based on merit, highlighting real achievements, such as that of He Yi, co-founder of Binance, who set the bar for all in tech industry.” 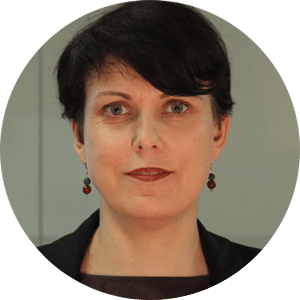 “In our hiring process at Sphere Identity, we solely focus on skills and do not concentrate on gender whatsoever. This has resulted in 48% of our 40 person team being female. The key to higher female participation rates is centering attention towards the skills and achievements of individuals, with a refusal to discriminate.”