The FUSION Foundation, DJ Qian’s latest cryptofinance blockchain venture is announcing some significant additions to its organisation, as it moves forward to create the backbone infrastructure for cryptofinance

As part of the launch of the Foundation Intelligence program, Daniel Petrozzo, Jeff Singer, Eric Weinstein, and Najam Kidwai, top executives in the financial and business sectors, agreed to take roles in the preparation for this new initiative. The Intelligence team will be established on May 17th during its first meeting in New York City, immediately following the Consensus 18 Blockchain Conference.

FUSION is also announcing the creation of its ‘Industry Adoption’ group. This small but select team of individuals will be chosen based on their backgrounds and connections to both the traditional financial industries and blockchain space, to which they will liaise and promote FUSION’s concepts, vision, and collaborations. Since many of FUSION’s benefits to the finance world will emerge as the technology is adopted by existing blockchain projects and traditional financial institutions, this organisational focus will be instrumental in realizing the vision. Further announcements will be made as these individuals are appointed.

And finally, FUSION is announcing the Matrix Community Organisation. In striving to be fully inclusive of all communities, FUSION’s community management team will extend its activities by appointing Ambassadors to represent FUSION in various places around the world. The ambassadors will promote the idea of cryptofinance, and drive discussions globally in various languages and across different interest groups such as technical, trading and others. FUSION has already identified and confirmed ambassadors for four language/geography groups and will continue to develop this Matrix organization for community reach and coverage.

Jeff Singer, served as CEO and board member of NASDAQ Dubai and of the Dubai International Financial Center. He is currently the Executive-In-Residence teaching at the University of Sharjah, UAE.

Eric Weinstein is Managing Director of Eastmore Group. Previously he was Managing Director at Neuberger Berman and member of the Investment Risk Committee and Chairman of Hedge Fund Solutions. Eric also held senior positions at Lehman Brothers and is a member of several boards.

Dr. Najam Kidwai is a partner at Alpview Capital and holds several Board and Advisory Board seats including 23&Me, Infomedia, Equidate, Boxed, EQUIAM, Fusion.Org and G3NiU7. He is the Founding CEO of two companies that have successfully IPO’d. Dr Kidwai was also Founder and CEO of Real Time content, a proprietary Adaptive Media platform.

“We are proud to announce the creation of the FUSION Intelligence team and the various other leadership programs we have established,” said Dejun Qian, Founder of FUSION, “At FUSION, we are continuously trying to spread the mass adoption of cryptofinance, and these various additions we’ve worked hard to create are the first step in making this a global reality, as these programs will help spread awareness and understanding about the benefits of blockchain.” 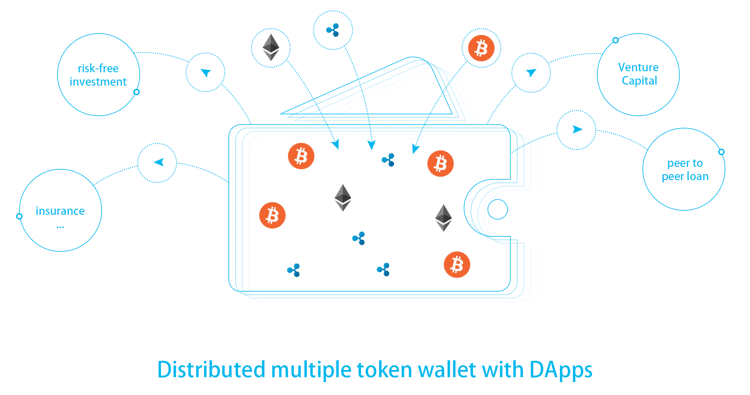