Experts suggest that the virtual and alternate reality (VR/AR) industry is expected to cross the $20 billion mark by the end 2020, which not only represents the growth of the industry but also provides a potential revenue stream to advertisers and content creators.

Despite the positive outlook, one of the major problems with AR and VR is that there is no concrete method of generating revenue other than selling the software and hardware of the technologies itself.

What would a good solution be for advertisers who want to advertise their products to VR users who will always be looking at their “screen”, like a smartphone?

Where would companies generate revenue once the software and hardware market is saturated?

This problem happens because solving monetization issues in the VR industry is not an easy issue to tackle as it is completely different to mediums before it.

VR and AR are new, unexplored mediums that do not work with current monetization procedures in place like on the web or mobile industry.

How is this problem solved then?

Gaze Coin is a blockchain startup specifically designed to tackle the issue of monetization in the VR/AR industry.

They do this by measuring the amount of time a user spends in VR/AR mediums, which is unique and also ingenious in a sense that it solves the issue of not knowing what to track in VR for advertisers.

This revolutionary solution measures and uses user gaze as a unit of exchange among advertisers, content creators, and users in the Gaze Coin platform.

The ecosystem is boosted even further with an offering of diverse mixed reality platform tools for developers who want to wet their feet in VR/AR.

The blockchain technology then allows every single action on the Gaze Coin platform to be rewarded and incentivized, making it a fair deal for all parties involved.

How does Gaze Coin work?

Using a unique patented technology, Gaze Coin is able to accurately calculate the amount of time a user spends looking or immersing themselves in VR/AR channels down to a tee.

After calculating the amount of time a user is engaged inside the content, Gaze Coin employs a micropayment system that charges advertisers for the time spent promoting their ads as well as paying the content owner for hosting said ads.

The model also gives content creators a valid reason to produce premium content as they are guaranteed to be paid thanks to the blockchain.

For users, this is a huge benefit as content creators provide their content for free because they’re incentivized by the micropayment system mentioned above.

There is absolutely no need for a content creator to make his content exclusive unless it is something that he or she wants to pursue outside of the platform.

As mentioned above, the blockchain technology allows all user activity to be tracked so advertisers get a complete data set and analysis of their performance without too many hassles.

Gaze Coin (GZE) will initially be an ERC20 token, but plans are in place to deploy its own Proof-of-Stake blockchain within the next 12-18 months; this enables content creators to issue their own coins or tokens on the Gaze Coin platform which can then be used to power transactions like selling merchandise, exclusive access to events, and other revenue streams.

The final piece of the puzzle is a tidy piece of innovation called the Gaze Control.

Gaze Control is a tool for VR and AR content creators that allow users to trigger content by looking in the direction of the content which is cued visually and also by audio. This is similar to a user clicking on a link or element on traditional web and mobile pages.

There is the Gaze Coin API which allows developers to integrate their projects into mixed reality channels easily.

The same API is also the main factor that allows user gaze (amount of time spent by the user) and user activity to be measured and monetized regardless of how and where the virtual reality content is hosted.

Users will also be incentivized to integrate the API into their content by the team.

Gaze Coin is distributed and promoted by Dream Channel, a CYOA (choose your own adventure) game built in VR/AR. 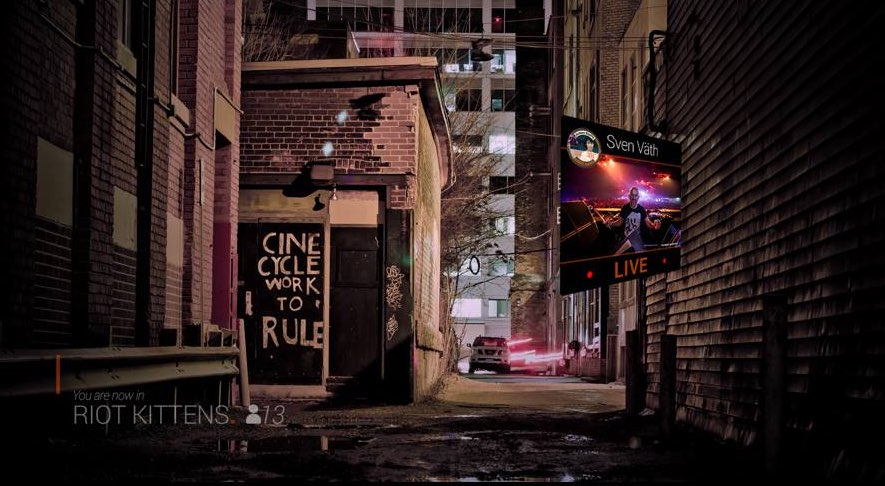 Set in the virtually-augmented city of Amsterdam, Dream Channel will feature Gaze Control as players are lead to the action by sound and visuals which trigger live-action scenes.

The most important part of this project is that users are rewarded with Gaze tokens (GZE) which can be traded in VR/AR assets across the platform’s connected space, basically rewarding users for playing the game.

What will Gaze Coin solve?

Gaze Coin will close the massive gap between the adoption of virtual reality and the ability for brand and businesses to use that to their advantage by literally changing how VR/AR content is consumed.

Since everything is built on the blockchain, actions on the Gaze Coin platform are handled flawlessly and kept secure by using the beneficial properties of the blockchain like immutability and seamless transactions.

The whole business model of the platform also allows advertisers to precisely calculate their ROI from VR/AR campaigns, collect consumer behavior data to generate better campaigns, as well as providing an entertaining way for users to engage in ads rather than traditional, disruptive ones.

Participating in the Gaze Coin ICO

Gaze Coin has made its GZE tokens available on SAFTLaunch.

By launching in this way, qualified investors will be able to purchase GZE at a discounted rate during the private pre-sale. GZE tokens will be available at a discount for the duration of the pre-sale, which runs from 18th of October to 28th of November 2017.

Gaze Coin is launching a main token sale on the 10th of December for the Gaze token (GZE) with a funding target of $12m USD.

ETH will be the only currency accepted for the crowdsale as GZE are Ethereum-based tokens.

GZE is also used to fund the team’s operations and future developments as well as a medium of exchange on the platform.

Here are the details of the GZE token sale: