Significant limitations preventing the more widespread adoption of sustainable and green energy sources is their expensive cost, lack of investment and research, and a general absence of awareness for their necessary development.

The current energy sector is dominated by established legacy institutions and organizations that have reaped substantial profits from producing energy from greenhouse gas emitting and other non-renewable sources such as coal, petroleum-based fuels, and other fossil fuels. The traditional barriers that have limited innovation in the renewable energies field stem directly from the dominance of such organizations and their grip on the production of energy.

Consistent scientific research and studies find that our current trajectory of energy production is clearly unsustainable and an alternative is necessary to stifle our rampant pollution of the environment. While government initiatives such as the Paris Agreement represent definitive steps toward a more renewable energy-focused future, the need for a disruptive business model that drives innovation, funding, and awareness in the field is needed to complement such directives.

The GEAR platform seeks to become the engine for accelerating the transition to a sustainable energy future by leveraging blockchain technology to break down the traditional barriers in the energy sector and offer the greener energy future that we need.

The Stage is Set 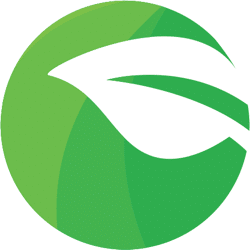 The problems surrounding contemporary energy production are both well-established and typically high-profile. From the Deepwater Horizon Oil Spill to the depletion of the ozone and global warming, the collateral effects of non-renewable energy production persistently creep into mainstream media as the sources of devastating environmental disasters.

One of the biggest obstacles preventing an overhaul of the current paradigm to a more sustainable energy model is lack of investment and emphasis on developing green energy sources. This is also partially a side effect of the overall lack of awareness in the space despite major incidents stemming from dirty energy sources that are seemingly always in the news. Studies such as ACORE’s recent survey report offer a promising glimpse into the potential investment future of renewable energies, but the model still relies on disparate entities contributing to green energy investment in isolated moves.

Further, investment in renewable energies is largely dominated by large, centralized institutions and financial firms with stakes in non-renewable sources. There is a glaring lack of capacity for mainstream investors to contribute to renewable energy research and development in the current market. Initiatives by federal governments are also severely lacking and further place downward pressure on sustainable innovation and community influence.

The emergence of blockchain technology, particularly Bitcoin, has contributed further to the growing need for more efficient and sustainable solutions. According to GEAR, Bitcoin consumes more than 72 TWh of electricity per year, which is more than 160 countries and mostly derived from dirty energy sources. However, GEAR realized that the underlying technology itself may provide the necessary vehicle to help facilitate decentralized investment in the renewable energy sector that helps overcome the traditional barriers plaguing the industry.

Despite Bitcoin consuming enormous sums of electrical energy, GEAR’s solution of leveraging mining of Bitcoin and other proof of work cryptocurrencies to build green energy mining facilities and fund development in sustainable energy provides a number of benefits:

A fascinating and novel facet of building a decentralized community for funding investment and driving awareness in green energy is that it is completely unprecedented at the level aiming to be achieved by GEAR. Investors will be attracted to owning the GEAR security token and joining the community due to regular dividends received from mining profits and the ability to influence decisions on green energy research and development directions through a voting mechanism.

On top of that, they will also be facilitating a greener blockchain ecosystem, predicated on consuming energy from renewable sources provided by GEAR sustainable energy production farms. The result is removing a traditional barrier to entry for mainstream investors in contributing to the investment and development of sustainable energy solutions. Decentralized governance and communities are powerful, and the GEAR community may eventually become the catalyst needed to overcome the major obstacles facing widespread adoption and acceptance of sustainable energy sources.

Conflicts of interest in investment are inherently removed with such a paradigm for the ecosystem. Collateral effects then shift from harmful environmental disasters to reduced costs for building a sustainable energy infrastructure and network effects propagate across the industry.

The GEAR platform is unique. It offers a solution to many of the problems and barriers stifling the innovation and adoption of renewable energy sources today. By harnessing the power of the blockchain, GEAR seeks to define the new energy landscape.