Reeve Collins, CEO and Founder of BLOCKv, has been a long-standing pioneer in the Blockchain space and previously co-founded Tether. His efforts revolutionized the way currency is transacted by creating the world’s first fiat currency platform on the Bitcoin blockchain. In just over one year from inception, Tether was acquired by Bitfinex. Chipin was lucky to meet Reeve during the recent World Blockchain Forum, where we discussed his latest project BLOCKv and why it will change how we interact.

Tether was a unique and successful venture which I believe was your first venture in the blockchain industry. How did you end up getting involved with the blockchain technology as your career grew?

The blockchain was introduced to me in 2012 by Brock Pierce, he has been one of my closest friends for years and he said: “Let’s put the dollar on the blockchain!” I said, “I’m in, what’s the blockchain?” That conversation took me deep down the rabbit hole and Tether evolved from there.

Speaking of Tether, how has the experience helped you and your team with BLOCKv?

The creation of Tether has provided me deep insights into the financial applications of blockchain technology as well as the true disruptive power of tokenization technology. It also allowed me to form meaningful relationships throughout the ecosystem which have enabled a real understanding of the types of innovations that will benefit the industry the most.

I believe the BLOCKv platform is just that – a game-changing innovation that will make blockchain development accessible to a broad range of developers around the world.

What has surprised you or took you back while growing BLOCKv? What happened along the way that you absolutely did not expect? 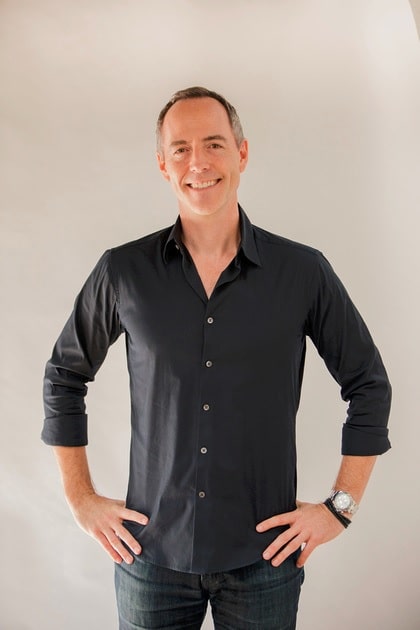 To see the concept of the vAtom, this smart digital object, evolve into something that truly has enormous potential to shift the world’s relationship with digital value has been a real eye-opening moment for us. Think of how apps have changed your relationship with your digital world, vAtoms are the next evolution in that relationship where that value is no longer trapped within an app and all of those objects are now interoperable.

If you were to explain vAtoms in layman terms, how would you do it?

A vAtom, in simple words, is a virtual good that merges the cryptocurrency abilities of ownership, traceability, and authenticity with modern app experiences and it possesses elements of multimedia, sound, 3D and most excitingly, real-time event listening and updates. vAtoms will take many forms from:

Can you explain what your token, VEE, is?

VEE is an ERC20 token that will be used to power our ecosystem. There are 4 main purposes for VEE. Publishers need it to create, distribute, and pay for the long-running processes of vAtoms. VEE is used to incentive users for specific behaviors such as sharing, redeeming, and collecting, vAtoms. Users can also purchase vAtoms with VEE.

In addition, we have our version of miners which we call Cyclers. They perform the functions that power vAtom transactions and enable the ecosystem to operate; cycles are paid in VEE.

When do you plan to have these tokens?

We are starting our token generation event on October 19, 2017. We just successfully closed the presale of our tokens and hit the $20M mark and will have the same $20M cap for the main sale that will run for 5 days. After we close the sale, we will generate the tokens which are ERC20 tokens. VEE is a utility token. Our platform is live and is operating and VEE will work in the system the day it is issued.

Could you tell me more about your executive team (Gunther Thiel, Lukas Fluri, Craig Sellers)? How did you connect with them and what makes them the best fit for the BLOCKv project?

It is not too often that you meet one of those rare geniuses that can actually code an entire a technology platform which will transform industries. I’m proud to say Gunther is one of those guys, and I’m very grateful to be working with him.

He is a veteran technology entrepreneur with years of incredibly diverse experiences in leading multi-disciplinary and international teams across various verticals from IT to media to marketing. 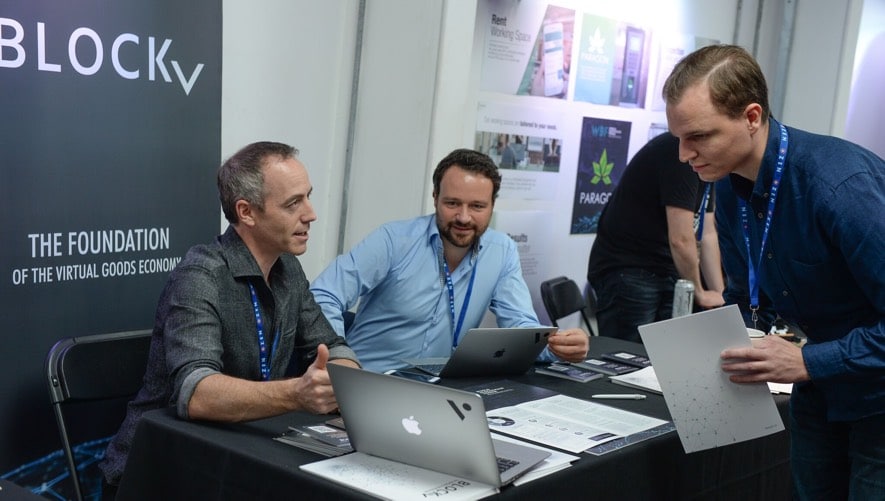 In his last role, he headed Cloud Products and Technologies at Swisscom, a leading telecom provider in Switzerland.

Lukas is a technology entrepreneur and executive with 20 years of experience in founding and leading companies. He also worked at Swisscom and led the highly successful development and market launch of the first cloud-based IP-TV solution. Prior to that, he was the leader of Product and Innovation groups at a mobile venture for Telefonica and for Alcatel-Lucent.

Craig is the Chief Technologist of Omni Foundation and has been working as an Advisor, Co-Founder and Director for a number of blockchain companies including Tether, vAtomic Systems, Bitfinex, Unsung, Fuzo, Factom, Synereo, Tau Chain and the MaidSafe Foundation.

What are your strategies or plans to ensure that developers use the BLOCKv platform? How are you going to approach the topic of the platform’s adoption by developers?

We already have a number of development companies building on top of the platform. Having their products hit the market will bring substantial visibility to the power of the tools on the platform. We will also host hackathons and competitions as well as reach out to the community of developers to promote the platform and its amazing capabilities.

The outreach so far at conferences like D10e and BLOCKCON has already brought in an incredible amount of interest from developers and we look forward to seeing what innovative use cases get built on the platform. In order to ensure the adoption of developers, we have strategically locked 25% of the tokens for 2 years to incentivize the developer community to use the platform.

Are there any projects or companies that are already using BLOCKv and building applications? If yes, could you give us a quick run-through on some of them?

Reeve Collins at the World Blockchain Forum in London

There are currently 3 development companies that are actively building applications using BLOCKv technology. One is vAtomic Systems, their mission is to showcase the power of the vAtom to agencies and brands around the world. They are leading the charge in shifting brands to consumer engagement. Another company is called Epics which is an eSports company building interactive blockchain-based digital trading card experiences.

These cards will be filled with multimedia capabilities, they will update with real-time stats and contain game skins within them. There is another firm which is leading the charge in the AR/VR space. With the proliferation of AR there will be millions of digital objects soon built and when the dev’s use our SDK’s they will now have the notion of scarcity and inventory for all of those AR and VR objects.

Who is your competition and what sets you apart from them?

BLOCKv provides the tools for developers to build out this new asset class – the vAtom. Since it is a concept that we’ve created there are yet to be other players taking the same approach that we are. There are a number of companies that are building various versions of “digital goods” on the blockchain, however, we believe that a lot of these companies will soon see the synergies that can be created by working together and that by utilizing BLOCKv they can get to market much quicker and in a much more efficient manner.

How would you define success for BLOCKv? Do you have any specific metrics or goals in mind which are successes in your mind?

The goal for BLOCKv is to achieve worldwide acceptance of this new asset class, the vAtom. We believe that vAtoms have the potential to be the defacto standard of what a digital object is. There are over 5 million apps across Android and iOS and over a billion websites, all with numerous objects.

That creates the potential to over a trillion digital objects which would be greatly enhanced as vAtoms by having cryptocurrency characteristics. It’s perhaps one of the biggest markets in the world. Initially, the most meaningful metric will be how big our developer community is and then how many vAtoms are being distributed around the world.

What is your goal after you’re done with BLOCKv? What other personal goals do you have that you want to achieve?

What excites me the most is being a pioneer in this tokenized business models space. We have an opportunity to usher an entirely new paradigm in how to align incentives with all participants in an ecosystem. So my goal is to see that to fruition and do all that I can to drive successful implementation, awareness, and adoption of these business models of the future.

To find out more about BlOCKv, check out our recently published article here.