The low-power Invoxia GPS tracker gets a new feature: the anti-theft alarm. Adding to the geolocating functionality, it alerts the owner when their vehicle is being handled, allowing him to act immediately or simply reassure himself at distance, anywhere in Europe.

Invoxia, the leader in consumer GPS trackers, adds a new feature to its GPS tracker: the anti-theft alarm. Thanks to this feature, the tracker remotely alerts the rider when his bike is being handled, on his smartphone – a safety measure that allows him to react in due time when problems arise. This feature adds to the geolocation which enables the user to track routes and predefine security zones. Invoxia GPS Tracker works on Sigfox low-power network (including a 3-year subscription) and has a battery life lasting up to 6 months.

With numbers increasing, there’s a good chance you or someone you know has had his motorbike stolen. Invoxia GPS Tracker already allowed users to keep an eye on their motorcycle, scooter, even their bike, wherever in Europe they may be. Now integrating the anti-theft alarm, it becomes a nomad security device against individuals with bad intentions looking to take hold of their good. With a battery life lasting up to 6 months, it charges in 1h30 through Micro USB cable without the need of being plugged to the motorcycle battery.

Simple and discrete, the Invoxia GPS Tracker fits in the top case of any motorcycle, or under the seat, and detects vibration and angle variations (> 30 °) after a significant period of inactivity (> 5 min) to alert the user and allow him to act in due time. It is also an anti-damage alarm that notifies the owner of the two-wheels if his vehicle is suddenly shoved or overthrown when stationed.

According to Serge Renouard, CEO and co-founder Invoxia: “We wish to take security one step further and bring peace of mind to motorcyclists. Thanks to the anti-theft alarm offered by our GPS tracker, it’s a done deal! It enables riders to act immediately in case of attempted theft, and make sure their bike never gets stolen again. Alerts, geolocating and reactivity: Invoxia GPS tracker resembles all the qualities of a complete security device”. 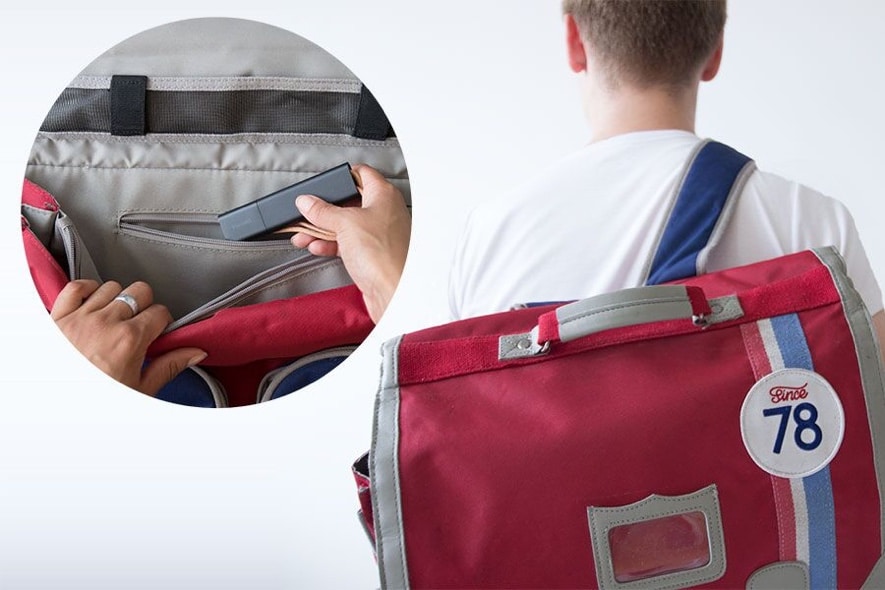 A connected tracker to never lose anything again
Besides the anti-theft and anti-damage alert, users can define “security zones” to be notified whenever the tracker enters or exits these areas and track routes in a selected time slot. They can also customize the tracking intensity of the Invoxia GPS Tracker while it is in motion.

Several users can connect to the same account. In case of an emergency, an alert button on the device allows sharing its location with the users connected to the account. Invoxia GPS Tracker puts their minds at ease by showing, at any time, exactly where their motorbikes, scooters, even their bikes are. Besides, easy to use, it suits anyone.

Unmatched battery life
Unlike other trackers for motorcycles, it does not use a SIM card, but works with low-power network Sigfox, which allows it to gain in autonomy (battery life lasting up to 6 months versus a couple of weeks for standard GSM trackers) and be more efficient than any other tracker. It also combines GPS and nearby Wi-Fi network locating technologies to offer the highest precision in every environment: city and countryside, inside and outside. It covers most European countries.

The device is available with no additional cost: it includes a 3-year subscription to Sigfox.

Availability
The Invoxia GPS tracker is available worldwide at the price of 99,00 €/$, including a 3-year subscription to the Sigfox low power network.

Invoxia specializes in connected objects integrating AI. The company develops and commercializes a range of consumer and professional trackers with neuronal networks, allowing for instance to recognize the activity practiced by a pet. The company also created Invoxia Tracking Hub, a B2B complete and customized tracking solution for professionals, integrating a platform and a dedicated range of trackers. Invoxia also developed a predictive maintenance and defect detection solution, integrated in the Rochemont watches. Also known for its In VivoAcoustic® technology, the company developed Triby, the first connected speaker outside the Amazon echosystem integrating the Alexa voice system and develppped in partnership with Amazon, also compatible with AppleHomeKit, to manage the connected home. Invoxia is a French company founded in 2010 with offices in the United States and China.