It may look like a calculator from 1986, but the Punkt MP01 is a bona fide mobile phone. It’s not a smartphone, and it’s not a media consumption device by any means, but if you’re on the go and need to make a call, send a quick text, or just know that someone can reach you in an emergency, it gets the job done.

A Mobile Phone, And That’s All

After lots of early buzz about this stripped down phone, the Punkt MP01 made its official debut in September 2015 at the London Design Festival. Curiosity is high, for sure, but will consumers ever be convinced to put down their smartphones and pick up something as elementary as the MP01? 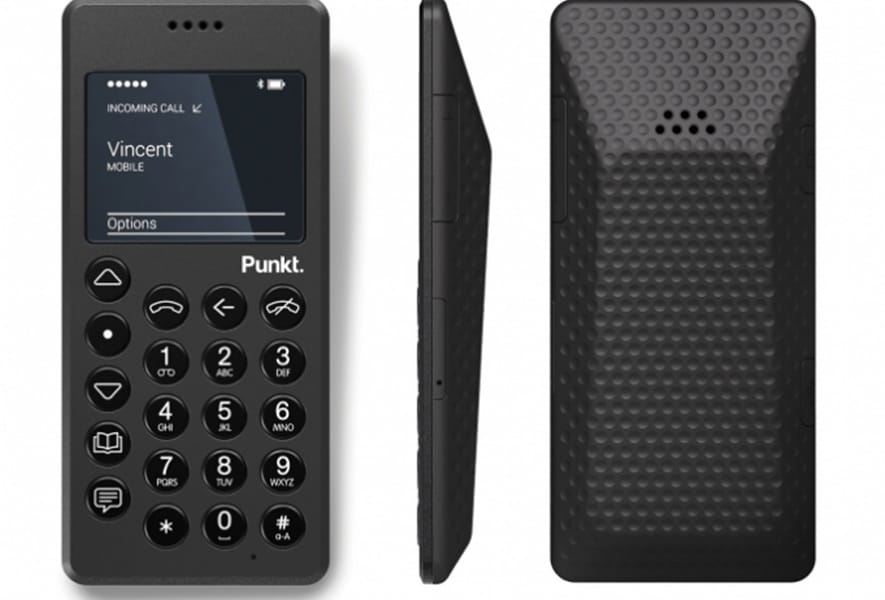 Punkt’s MP01 has come out at a crucial time in our evolving relationship with technology. Simply put, we’re addicted to everything that smartphones have given us: we check email, update social media, look up information, take pictures, and even conduct business, all with our thumbs. Oh, and we can make a phone call if we really need to — an odd demotion for this function, given that for all the things that smartphones can do, they’re still phones.

But we’re hooked, and what was initially meant to be a useful tool has now turned into the technological equivalent of heroin. We don’t know how to turn off, and we have an urge to be on all the time. Some have suggested that as our phones get smarter, we seem to get dumber. Can we break the habit? Maybe, but we’ll need a phone like the MP01 to help us do it. 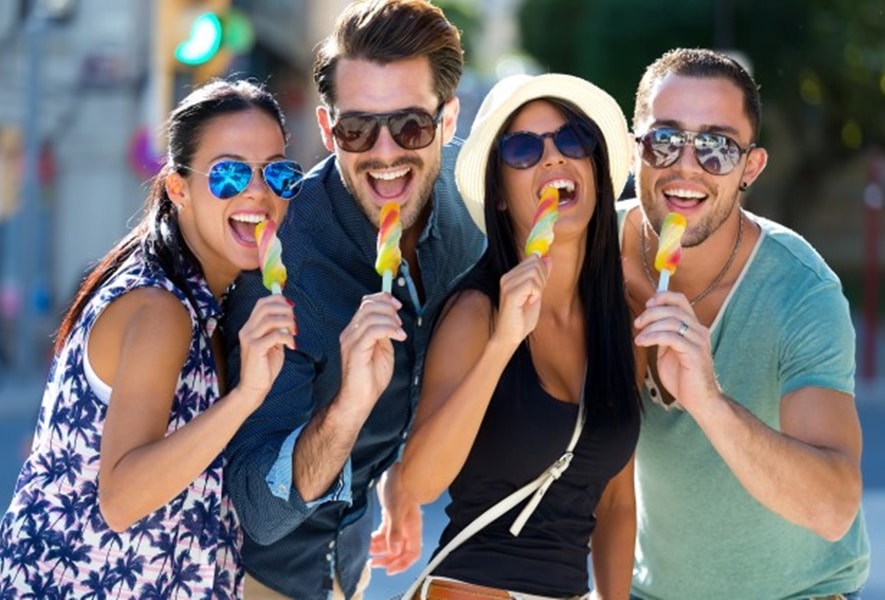 The idea of the digital detox — the cutting off all use of digital technology for a given period of time in an effort to (heavy quotes here) “reconnect” with the outside world — has been growing in popularity. We see people giving up Facebook for Lent, intentionally leaving their smartphones at the office, and vowing to go for more walks instead of playing Candy Crush. However, a true digital detox is the cold turkey approach, a drastic move that may work for the short-term but has limited long term success.

And really, at this point, we’re not about to abandon our newfound connectivity and go back to being totally unreachable. Necessity is the mother of invention, we’re told, and we need our mobile phones so that others can reach us. That’s why they were developed in the first place. The Punkt MP01 still allows us to be reachable, but it cuts us off from our time-squandering usage of more sophisticated devices.

The Punkt MP01, At A Glance

So yes, the Punkt MP01 is a phone. Not an iPhone, not a smartphone — a stripped down mobile phone. You can’t check your email. There are no, to use a phrase, apps for that. You can’t take selfies or swipe right and don’t bother looking for video playback capabilities. But most importantly, what the MP01 absolutely won’t do is suck all of your time up with mindless digital nonsense.

It’s a throwback, if you will, to the phones of 10 or 15 years ago. It’s also important to note that the MP01 is probably not intended to replace your smartphone. Punkt knows that when it comes to your precious iPhone or Android device, you’re like Rick Astley: you’re never gonna give that up. However, the MP01 does make a nice second phone for when you want to be reachable but also want to keep your eyes up.

The Punkt MP01 has a two-inch (320×240) LCD display that’s protected by Gorilla Glass. It’s slightly smaller than the display on an Apple Watch. The phone makes and receives calls, and offers crisp audio and noise cancellation technology. It works on 2G networks, and there is reportedly a 3G version in the works. You can customize the ringtone, but there’s a limited number of choices. Texting is possible with the MP01, though it’s T9 style, and you can’t use any emojis. (However, just like in 2003, emoticons are entirely possible.)

The MP01 also has basic calendar and alarm functions, as well as reminders so you can leave yourself digital notes on the screen. You can store information for up to 3000 contacts in the address book. There’s a micro USB port for connectivity, which allows you to sync your contacts, and it does have BlueTooth, so you can use it hands-free in your car. The features are limited, for sure, but what you lose in functionality, you gain in battery life. The MP01 can go up to 20 days on a single charge, with just under 300 minutes of talk time. 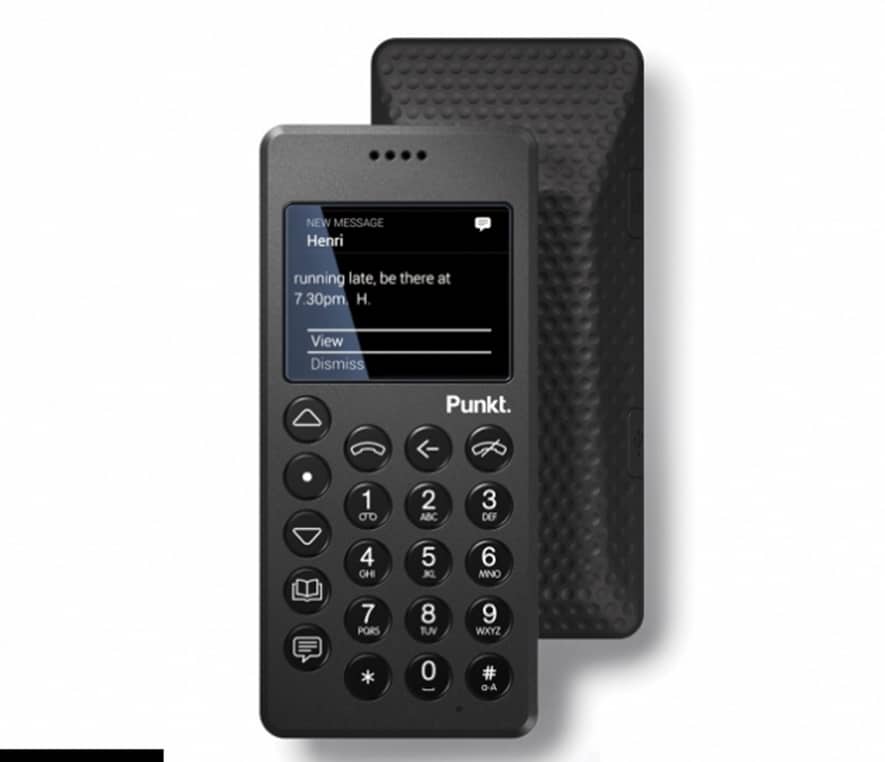 The MP01 was designed by Jasper Morrison, a well-regarded industrial designer who is also the art director at Punkt. Like much of Morrison’s other work, the MP01 offers a lovely and utilitarian minimalism. For starters, it’s all black with white detail; Punkt has suggested that other colors will be available later this year, but we wouldn’t expect anything too complicated palette-wise.

As for the shape, the MP01 is surprisingly small, at approximately four and a half inches by two inches; it is just over half an inch thick. The whole thing weighs a little over three ounces, making it easy to carry in a pocket. The front is flat with slightly raised buttons, and the back is gently curved to fit comfortably in the hand. Really, it’s designed to be a phone — nothing more, nothing less. 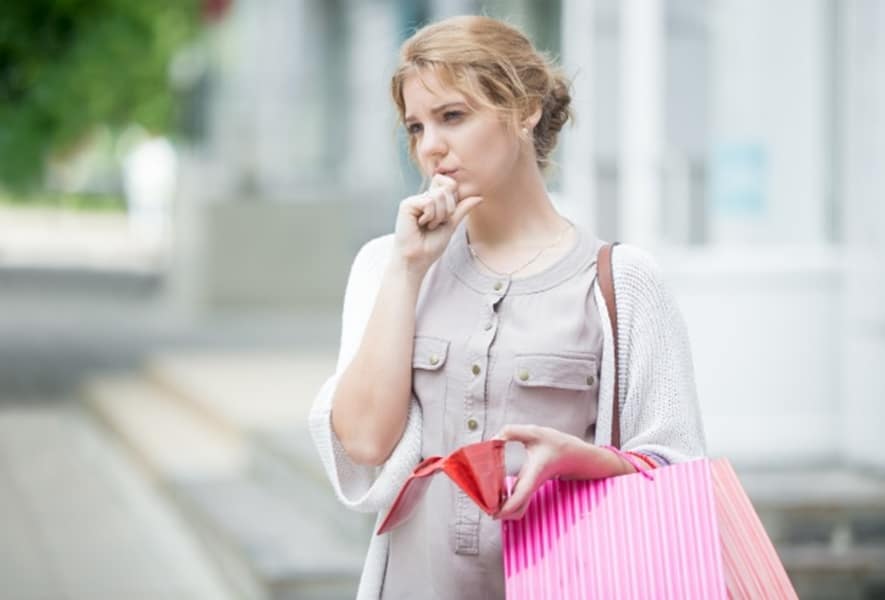 You might think that a simple phone like the MP01 might not cost a lot, but you’d be wrong. An MP01 will cost you $295 — a steep price, for sure, especially when you consider that you can get a brand new iPhone 6S for something like 20 bucks a month on your existing plan. Of course, that’s for a locked phone — the MP01 comes unlocked — but the difference is stark.

However, with the MP01, you’re not just paying for a device — you’re paying for getting your life back. You’re paying for a release from the grip that your smartphone has had over your attention, your emotions, and your livelihood. Seen in that light, $295, while still expensive, may not seem quite as expensive. However, it may be enough of a concern to keep some consumers from buying one.

The Company Behind the Phone 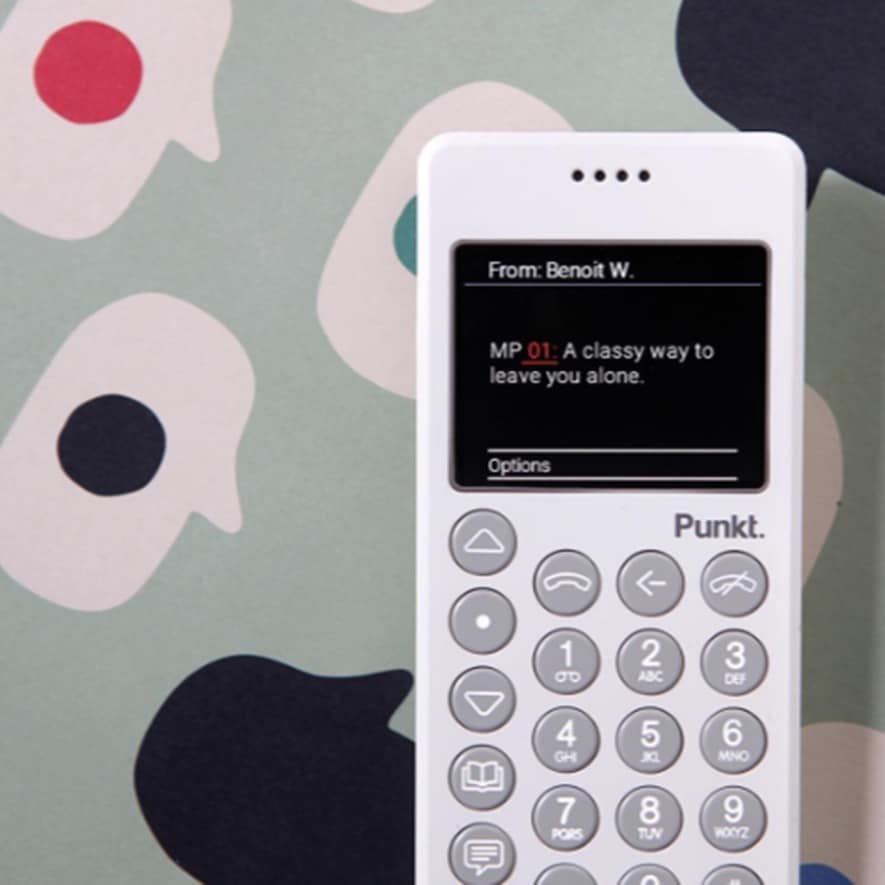 The MP01 is made by Switzerland-based Punkt, a company that aims to simplify communication and tone down the role of technology in our everyday lives (it’s “technology tamed,” according to one of the company’s slogans). The man behind the company is Norwegian entrepreneur Petter Neby, who is motivated by a drive for simplicity.

“Punkt is trying to be conscious about technology,” Neby has been quoted as saying. “It’s 100 percent for technology, but thinking that we aren’t engaging with technology as we should be.”

Neby and Punkt recognize that while we need to disengage with technology more regularly, being totally disconnected is neither realistic nor practical in our contemporary society. The MP01 is a good compromise between these lofty aspirations and the stark realities with which we are faced. 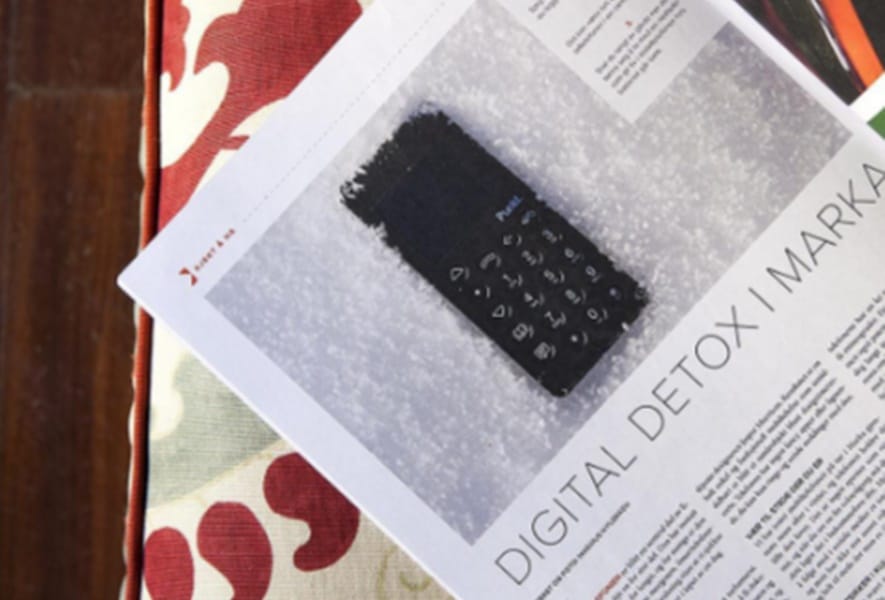 In the few months that the Punkt MP01 has been available, reactions from the press have been cautious but positive. Writers have been framing the phone as an ideal solution for people who want to really cut their use of technology at the end of the work day, on the weekends, and especially on vacation. And some celebrities and tastemakers are on board with the less-tech ethos; celebrated actor Eddie Redmayne is apparently a fan.

Of course, there’s been some negativity about the MP01 from the general public. There’s a Reddit thread, for example, calling it “the mobile phone for people with more money than sense.” Others think it must be some sort of joke, and that releasing such a phone on the market is akin to a performance art project. Of course, it’s important to remember that there will always be naysayers and that this is especially true when it comes to culling our use of technology.

Let’s face it: we would all benefit from a little less time staring at our smartphones, pecking and swiping away at the screen, all at the expense of our personal relationships. Phones like the Punkt MP01 and the Light Phone, another un-smart mobile phone, help us achieve this goal.

We have to wonder if devices like these are part of a growing trend and if in a few years, we’ll all have two phones. Of course, we could try to wean ourselves off of our constant smartphone usage and just keep our iPhone or Android in a bag or a pocket, but some help in the form of an un-smartphone could help. There’s currently a niche market for products like the MP01, and it’s probably going to increase in the next few years.

The PUNKT. MP01 is a stunning mobile phone with limited capabilities, but that is the point (no pun intended). I caught myself using the MP01 more and more to become more mindful of my environment and not to solely rely on my smartphone.