E-commerce has been the go-to strategy for businesses all over the world, a trend that has been spurred further by the dominance of social media and online marketing. Despite its dominance, there are several problems in e-commerce that need to be addressed quickly by businesses.

Many businesses think that putting their products and services online is enough—but this is not the case. How many times have we seen businesses launch their own apps or online stores only to gain unsatisfactory results?

This is the case especially for retail stores as people still want to see and feel the product by themselves even if the business’ entire catalog is online. For example, buying flight tickets or booking hotels online is obviously the superior choice but for things like shoes and sunglasses, people are mostly browsing online to have an idea of what they want to buy when they step into that particular business’ retail store.

There is a widespread belief that e-commerce is going to end the reign of retail stores yet that has been proven wrong by statistics that show retail stores are enjoying higher revenue despite foot traffic levels going down.

What’s actually happening is that people are now window shopping online instead of physically and when they see something they like, the purchase is more often than not done in stores instead of online.

However, businesses are slow to react to this situation; the link between online shopping to in-store purchasing is far from ideal, leading to things like shopping cart abandonment which then causes huge losses in revenue.

Aside from that, loyalty systems used by businesses are incredibly outdated in terms of how it works and the benefits to customers. Ask yourself this: when was the last time that you actually collected enough points in a loyalty program to redeem something nice?

Other than the ridiculous points systems, customers are burdened anyway if they collect enough points as they have to carry one loyalty for each company which adds up quickly to the weight of the customer’s wallet or bag.

Thankfully, new technologies such as the blockchain have opened up opportunities for solutions and that’s exactly what RainCheck is planning to do with its innovative blockchain-powered platform.

RainCheck aims to revolutionize how brands and customers connect by introducing an innovative digital currency-based loyalty program, the RainCheck Platform. By using the blockchain, RainCheck hopes to replace the clunky centralized system of traditional loyalty programs with its platform that benefits both businesses and customers equally.

The platform offers a unique card-linking feature, meaning that loyalty cards are a thing of the past as RainCheck automatically links loyalty points and rewards to the user’s debit or credit card, a feature that is further improved by RainCheck’s ability to collect and spend loyalty points across multiple retailers with the RAIN Token (RainCheck’s utility token).

Starting off in November 2014 as an online-to-offline commerce facilitating company, RainCheck gives companies an additional tool to analyze online product searches and discovery. The resulting data can then be used to help improve the process of moving customers from searching online to making offline transactions—also one of RainCheck’s major goals.

The award-winning platform is close to completion with the team planning to launch the full version by the end of this year. RainCheck has also gone through vigorous market research and testing for its products (most notably in the Australian market) as well as providing seamless integration with popular services such as Shopify, Stripe, and AWS.

Leading the RainCheck team are fellow co-founders, Cameron Wall and William Lin who are also the company’s CEO and CTO respectively. Both of these highly regarded individuals have more than 45 years of combined industry experience under their belt so expect to see the RainCheck team deliver on their roadmap successfully and rapidly in the coming years.

How does RainCheck work?

In the whitepaper, RainCheck describes itself as a Contextual Commerce Platform which in simpler terms, means that platform users receive personalized information at the right time and place specific to that user. What separates this from other platforms is RainCheck’s operation at the SKU level, a feature that is heads and toes above the traditional merchant level systems of competing platforms.

Not only will product navigation be more relevant, users can also save their desired online products on RainCheck. This enables the platform to trigger user notifications when that particular product is available at nearby stores as well as including any applicable rewards or offers. When the saved product is bought, RainCheck will reward the buyer with his or her respective merchant’s reward points. 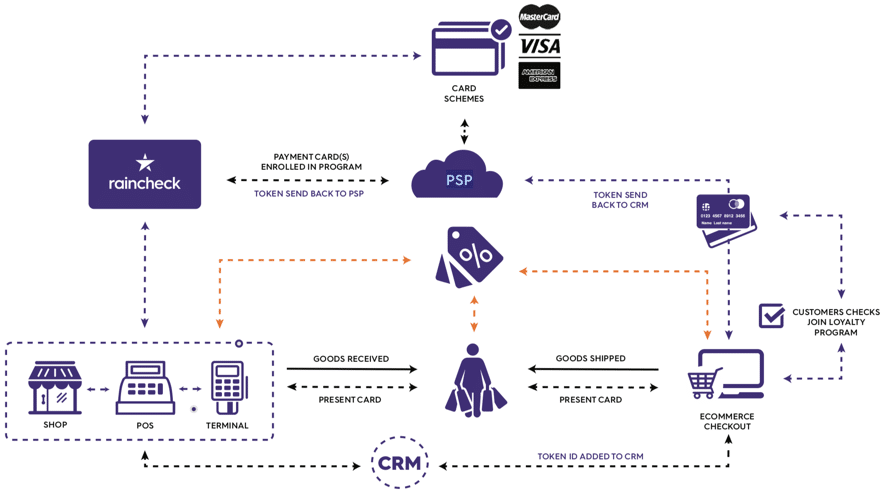 An impressive feature of RainCheck is its ability to give companies a way to gauge the offline performance of their digital marketing budget which helps in overcoming revenue loss in retail sales. RainCheck enables this by allowing companies to track data from when the user discovers the company’s products up to the point where the purchase is made even if the purchase happens offline.

Aside from revenue loss, another common concern is the sheer amount of loyalty cards needed by customers to participate in the loyalty programs of multiple companies. With RainCheck, this is no longer an issue as customers can link their debit and credit cards to merchants’ loyalty programs thanks to partnerships with payment providers like Visa, MasterCard, and AMEX.

The team has also planned talks with sectors such as the telco and flight industry about the use of RainCheck’s online-to-offline commerce platform in an effort to open up exciting opportunities for the benefit of both businesses and customers.

To promote activity, users are rewarded with RAIN Tokens for things like signing up, referring other users to RainCheck, and even saving their favorite products online. People who are already committed to existing loyalty programs do not need to worry as they can just opt-in to the platform to enjoy RainCheck’s loyalty program services without any problems.

Of course, the platform itself has an integrated mobile wallet to manage their rewards easily and at the same time, allow users to store RAIN Tokens and track their transactions all in one user-friendly application. 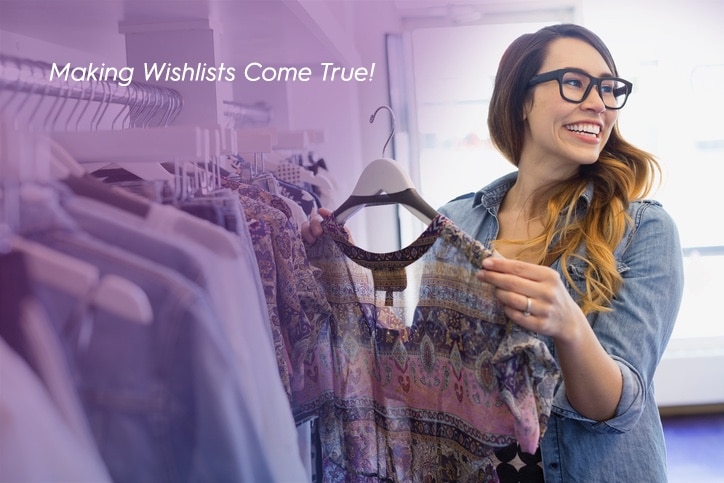 RainCheck will be holding a token sale for the RAIN Token, the platform’s utility token.

RAIN Tokens can be exchanged internally for points in other loyalty and reward programs or traded on exchanges that have RAIN Token pair listings. The token is compliant with all legal requirements and regulations which gives investors a strong security net.

Here are the details of the RainCheck token sale: