The global healthcare industry’s total market cap is valued at a staggering $7 trillion, with a significant portion of it coming from aggregated public spending, massive out of pocket fees, and heaps of private insurance.

This situation is worsened even more by individuals paying service fees for other service fees including banking and insurance costs that have spiraled upwards aggressively in the past few years.

The worrying trend of increasing medical fees is perfectly shown in the United States, where healthcare spending is a constant hot topic in government discussions.

The US spends exorbitant costs on the medical industry every year, but it has very poor ROIs compared to other countries with much lower costs.

For example, an MRI in France costs 4x as less as the same MRI in the States. We can also see this happening in costs for surgery which is why more and more residents are starting to perform their medical operations in another, cheaper country like India.

All of this boils down to inefficiency.

Moving ahead with the US, the only viable healthcare providers that are affordable to the majority of citizens are Medicare and Medicaid, two solutions which are subsidized significantly by the government.

However, the problem lies within the conditions of these health policies. Medicare, for instance, cannot be attained by the average US citizen unless they’re 65 years old or above.

For health providers, there is no reason for them to come up with cheaper alternatives as the healthcare industry is extremely profitable. This puts consumers in a very bad spot financially.

Unlike other goods and services like buying a car, for example, consumers do not have a choice in finding a treatment for their issues. It’s either you pay up or forget about it and face the struggle. 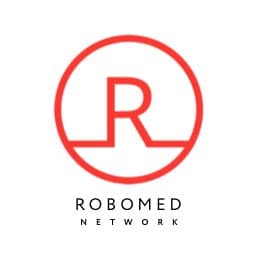 While a large portion of blockchain startups are focused more on the banking and assets industry, there are some who are trying to tackle other serious problems like healthcare.

One of the startups leading the revolution is Robomed Network, a Russian-based startup that uses the blockchain to create a consumer-first medical network in an effort to reduce and prevent modern healthcare problems.

The platform connects various healthcare service providers and patients with the help of smart contracts. These smart contracts contain criteria which are basically the performance statistics of a medical service as well as the satisfaction of patients.

By doing so, users within the Robomed Network will have access to greater transparency on medical information, costs will be saved for both users and medical providers, as well as increasing the efficiency of medical records and treatments.

The smart contracts also act as a buffer for negotiations between medical service providers and patients.

For example, patients will no longer be confused about diagnoses as the smart contracts help patients understand concrete health results based off a series clinical recommendations for the treatment.

The same thing will also display treatment steps for each disease in a very transparent and easy-to-read manner.

What makes Robomed Network unique is that it focuses more on patients rather than the medical services.

To prove this, the Robomed team has already developed 3 custom software, brought in 20 clinics to the platform, implemented nearly 3000 clinical guidelines, as well as already having 1.7 million clients in its database.

Features of the Robomed Network

The Robomed Network is powered by the RBM token.

When patients pay for a service, the money does not immediately appear in the provider’s account.

While the process is happening, every single document is stored and recorded on the network’s decentralized ledger. The records cannot be deleted, changed, or modified which makes for a transparent data sharing model.

All of the examples listed above work off a tool on the platform called the Robomed EHR.

The Robomed EHR is a series of smart contracts that monitor all processes of interaction with the patient, how effective the services are, and the satisfaction of patients with their providers.

Some of the useful functions in the Robomed EHR include:

By using the EHR, patients and clinics avoid the traditional method of using middlemen which adds a complicated layer of bureaucracy, leading to delays in communication and reducing the effectiveness of treatments.

The Robomed platform also allows for telemedicine services to occur which is great if your staff is out or town or an emergency treatment needs to be explained to the patient immediately.

The same application also allows patients to make appointments, postpone or cancel said appointments, as well as choosing the service provider they want to go with.

Robomed’s development will make sure that the application is constantly improved to keep up with latest best-practices and standards in the medical industry.

Robomed Network will be available on both mobile and desktop systems, with the fully-developed version of the platform set to launch soon.

Robomed Network will run a crowdsale for the RBM token.

There will be a pre-sale from 25th of October to the 15th of November or until the target funding for the presale is reached, whichever comes first.

The actual public sale of the ICO will begin on the 15th of November until the 15th of December or until the target funding for the project is achieved.

To participate in the ICO or learn more about the project, click here to head over to Robomed Network’s official homepage