In less than two months, Europe’s largest interdisciplinary technology festival, Tech Open Air (TOA), is bringing together the leading minds of the international startup and tech scene for the seventh time at the Berlin Funkhaus on the banks of the Spree. The unique festival-meets-conference format interweaves unexpected connections between some of the most diverse disciplines, such as technology, music, art, and science.

It will reach its largest round to date with more than 150 speakers, 120 satellite events, and 20.000 expected participants attending the event from 19.-22. June. Satellite events will be held by national and international corporations, startups, scientific institutions, etc. all over the city on the first and fourth day of the festival, as well as on the evenings of the 20. and 21. June. Horizn Studios is just one of many satellites that have already been confirmed. The outdoor area is ideal for networking and
the former broadcasting halls will host panels, keynotes, knowshops, and various art and music installations. Founders will additionally have the opportunity to present their innovative projects at the Haus of Tech, covering an area of 4.000m2. 50 early-stage startups will have the opportunity to showcase their business here to receive a spot in the Startup Alley at the House of Tech. The deadline for applications is May 30, 2018.

In conjunction with Google, McKinsey and Rocket Internet, TOA is hosting the Digital Top 50 (DT50) pitch competition for the first time, where the most innovative European companies in the following categories will be awarded: B2B Startup, B2C Startup, B2C Scaleup, Tech and Social Impact. The participants will be announced here in mid-May.

The first round of impressive speakers have already confirmed their participation. Among them are national and international greats such as the founder and CEO of The Ocean Cleanup Boyan Slat; Mute Records founder Daniel Miller; NASA astronaut Jeanette Epps; founder of the Google Empathy Lab Danielle Krettek; Ripple CTO Stefan Thomas; founder of e42 and “Die Höhle der Löwen“-investor Frank Thelen; founder and CEO of Postmates Bastian Lehmann; AI researcher and Google Product Manager Lily Peng; founder and CEO of Strangeworks William Hurley; and Coinlist CEO Andy Bromberg. More speakers and partners will be announced on the TOA website, the social media channels, and in the newsletter over the next few weeks. The current program schedule of the conference can be found here. In the Haus of Tech, innovative startups and TOAs main partner Daimler as well as further national and international partners like RedBull, T-Systems, Google for Entrepreneurs and many more, have the chance to introduce themselves and their current projects. Advance ticket sales are already in full swing: http://toa.berlin/tickets/. Apply here as a satellite event host.

“TOA has expanded beyond Berlin with its TOA WorldTour stops in Austin, Los Angeles, and Tokyo. The seventh TOA edition will showcase the latest trends from all over the world by offering an even broader spectrum of topics that move the international tech scene and society in general”, says TOA founder Niko Woischnik. “The global TOA network is reflected in the diversity of the speakers and participants, such as the AI-researcher and Google product manager Lily Peng and Mute Records founder Daniel Miller joining our stage. With the combined expertise in a multitude of current developments of all of our speakers, the interdisciplinary technology exchange will be more diverse and engaging than ever before”, concludes Woischnik.

The Tech Open Air has also made a name for itself internationally over the last two years with the goal of building new bridges in the international startup and creative industry, integrating further aspiring tech and digital hubs into the network, and connecting them to Berlin. In the coming months, global TOA editions will be hosted in Los Angeles, Mexico City, and Cape Town. This April TOA Tokyo will also be taking place for the second time. Tickets and more information about the TOA
World Tour can be found here. 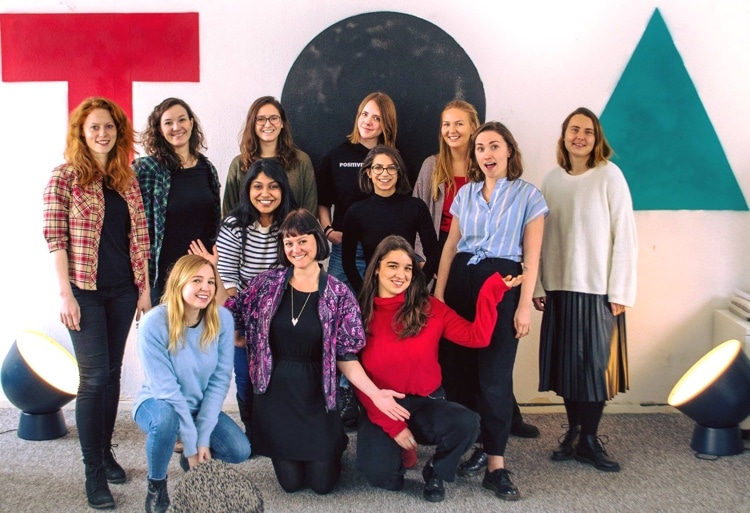 Tech Open Air (TOA), founded in Berlin by Nikolas Woischnik, is the first and largest interdisciplinary technology festival in Europe dedicated to bringing together tech, music, art, and science through knowledge exchange and collaboration. During the four-day event more than 200 satellite events will take place throughout Berlin in addition to the interactive conference on the latest trends in the startup tech world. TOA reflects the uniqueness of Berlin as a location and how it is closely linked to the
success and development of the Berlin tech and startup ecosystem. During the past five years, the event has grown from a crowdfunded festival to an event of international acclaim, and has been able to impress big players such as the founders of SoundCloud, Native Instruments, Hello Fresh, Zalando, OneFootball, or the godfathers of the Berlin scene Christoph Maire (Atlantic Labs) and Project A to secure its first round of funding. TOA is part of the Tech Open Family, which includes the
5000qm coworking space Ahoy Berlin and the communications, digital strategy and events consultants Openers.