Once a mere science fiction concept only found in the most imaginative books and movies, automatic translation while in a conversation is now a reality. What’s even more impressive is the fact that it’s in your pocket. Travis the Translator is the world’s first smart pocket translator. Powered by artificial intelligence, which has been enjoying a lot of popularity due to every mobile device featuring one, this small-sized translator will undoubtedly break language barriers worldwide.

Currently, Travis is still in development, so its full array of features is yet to be unveiled. However, the Travis team has traveled to Mobile World Congress 2017 in order to present their amazing concept to the world. However, while getting as much media coverage for their pre-sale campaign via live demonstrations was the main goal, the team also had another plan. Apparently, they are looking for organizations willing to take part in a summer pilot program, which would let the people behind NGOs, universities and the like test out the amazing capabilities of Travis the Translator.

As cool as instant translation in a pocket-sized device may sound, many of you might be asking yourselves “Why Travis? Aren’t there apps that do the same thing on my phone?” The answer is that Travis promises to do everything translation apps can do, and even better. Firstly, Travis’ marketing campaign is based on its simplicity: no fiddling with apps, being interrupted by calls or notifications or mistyping. Secondly, because Travis the Translator contains a high-performance Quad Core processor used solely for instant translation, it provides users with a premium experience and instant results.

The team behind Travis managed to make quite a reputation for the friendly-named device, as they have Spotify, Deezer and Mediatek among many other technology partners, and Kickstarter, Indiegogo and more as their launch partners.

Travis the Translator supports translation of over 80 languages both online, with 4G and Wi-Fi connectivity and offline, and has a 12-hour battery. This device makes it easy to break the language barriers when finding yourself as a tourist in a foreign country, as it is able to translate instantly. While translating with a phone can be slow and tiring, Travis was built for face-to-face use, and therefore gives you instant results. 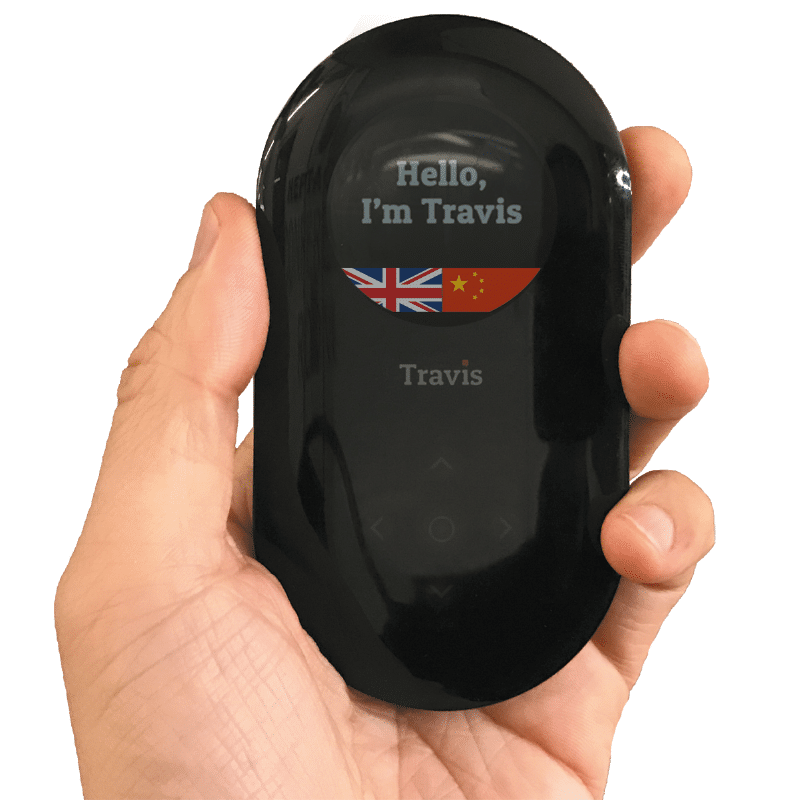 Travis the Translators is the pocket-sized device that goes beyond language barriers and lets travelers, expats and international professionals communicate with the world around them.

With Travis you can go global and speak local.

Travis has eight features that make it stand out from translation app:

● No interference from other smartphone apps

● Compatible with earphones and Bluetooth

If you want to own Travis, you can pre-order it now at Indiegogo. However, you’ll have to be quick, as only a very limited number of units will be available for reservation in March.

At the time of writing, after just 2 days the campaign reached nearly 80% of its target.

One thing is clear regarding the future of the small, ambitious device: it will surely make an impact on how people communicate when faced with an unknown language. Hopefully, for the sake of communication, in a few years from now, everyone will own their personal Travis. Stay tuned for more information on Travis the Translator.