With so many initial coin offerings flooding the market every week, it is hard to distinguish the good from the bad and the villain.

At this point in time, still, at the early stages of blockchain adoption, there are already over a thousand different tokens in the market. It is likely that the vast majority will not succeed, with new projects constantly trying to improve on earlier ideas.

Over the years, the blockchain has not been a stranger to scams, ill-designed projects, inexperienced teams or just plain bad ideas, but some projects support truly revolutionizing concepts, and those are the ones we all hope will succeed in the end. However, sometimes a good team, with a solid project and a good idea is not a full-proof solution to the success of a crowdsale. After all, unpredictability is the core characteristic of the blockchain market today and timing can make or break a launch. 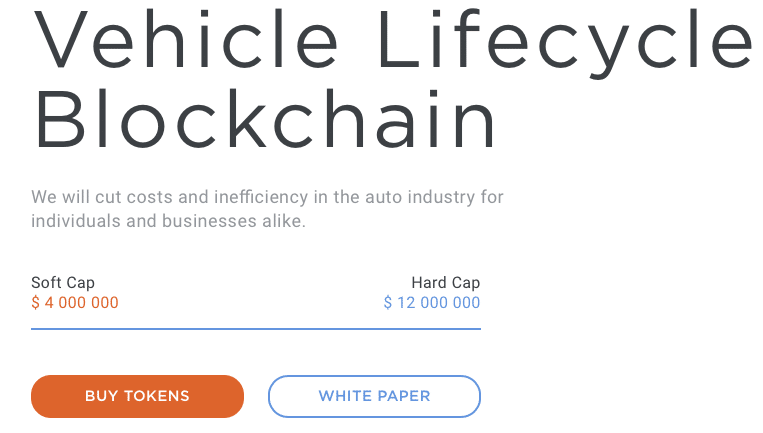 A good example of this is what happened with Vehicle Lifecycle Blockchain, a project led by Carfix, an online-to-offline auto repair platform that helps users and repair shops to set prices and optimize services. The company launched an ICO for the sale of its VLB token on November 17th, around the time the price of Ethereum doubled almost overnight, automatically doubling the cost for participating in the ICO, and a few days before the CryptoKitties craze almost crashed the Ethereum network, making transactions slower and more expensive. In sum, VLB started its ICO amidst, perhaps, the worst possible moment to launch an ERC-20 token. Inevitably, the project did not reach its hard cap, but the team is now willing to give it another go, learning from past mistakes.

Even for an experienced team, in such a new environment as that of the ICOs it is easy to make errors, and admittedly, the VLB team has made some.

At the stage we were in November, after the ICO peak of the Summer produced historic record highs with the likes of Tezos, the market had already become somewhat saturated with new ICOs. It was apparent that projects had to be a bit more humble with their goals, as investors’ money was being distributed over a bigger number of projects.

So, it was perhaps overly-optimistic for the VLB team to set a soft cap at 25 thousand Ethereum (around USD $16 million at the time) and the hard cap at 300 thousand Ethereum (over USD $200 million). Further, the team chose to focus on developing the project rather than on promoting it, believing the project’s inherent value would be sufficient to attract investors. They chose to outsource their marketing needs. That has proven to be a mistake, as the marketing campaign failed to attract enough attention from investors. Without the necessary hype and too high a cap, it was quickly clear that the market was not ready to accommodate their targets.

VLB had wanted to raise all the money necessary to establish every step of its roadmap at once, but the team soon realized that would not happen, particularly not in the 20 days the ICO was to last. Major investors tend to take a while before they decide to commit to a project.

They acted upon this quickly, announcing that all the funds gathered would be reimbursed to the supporters that had already invested in the ICO and that another crowd sale would be organized, with different terms, in order to bring the project into fruition.

Since then, the funds have been sent back to investors that requested them, and the team went as far as to create special bonus packages for those early supporters of the project that chose to carry on their funds to the future ICO. They have also passed on Ethereum’s appreciation over the last few months onto the investors that are retaining their funds in VLB, making sure no one is left underserved. In all, the team seems to have learned from the challenges of the past and behaved with great professionalism towards its backers.

This new attempt at the launch of the project by the team reveals a true belief in the value of their product, and for good reason. VLB is establishing a blockchain platform that will act as a permanent single global database for automotive vehicles. This will allow insurers, car manufacturers, repair shops, fleet owners, resellers and individual buyers to track the cars full ownership, insurance history, repair, and maintenance records, using the VLB token to pay for the registration.

Once deployed, the VLB network would be able to dramatically reduce costs related to insurance claim management, reduce friction between parties involved and optimize insurance pricing in an automated manner. Further, it could go a very long way towards reducing car insurance fraud, a practice that costs billions of dollars per year globally.

The deployment of a network like this would have a tremendous impact in the industry, both for companies and clients. To be sure, the Vehicle Lifecycle industry, which includes insurers, manufacturers, sellers, and related services to vehicles, is worth a whopping USD$1.8 trillion per year and employs hundreds of thousands of people worldwide.

VLB is also one of the very few blockchain projects that is directly targeting an industry outside of the online and financial spectrum.

Carfix has already stated that it will test the VLB system on its own network, before expanding the implementation to the global industry. This means that VLB already has the backing of over 500 independent repair shops, car insurance companies, spare parts distributors and car dealers, and over a quarter of a million users, which compose the Carfix network.

This means that the VLB can be immediately deployed in an extensive real-work testing environment, which makes the project even more appealing. Further, VLB has already established partnerships with the likes of Uber and Fleetcor, amongst others.

The team is now putting together a new attempt at the coin offering but with a different approach. Instead of trying to raise all the money at once, they will do it in stages. A public pre-sale will take place in February and then the round A of the secondary coin offering will take place in March. This time, the soft cap is set at USD$4 million and the hard cap at USD$12 million.

The capital will cover VLB’s development for the next 12 months. Rounds 2 and 3 will take place during 2019 as the VLB system is tested in the Carfix network. The team believes that within 3 years the system could be actively disrupting the Vehicle Lifecycle industry worldwide. In all, VLB’s will be a very exciting token sale to follow. 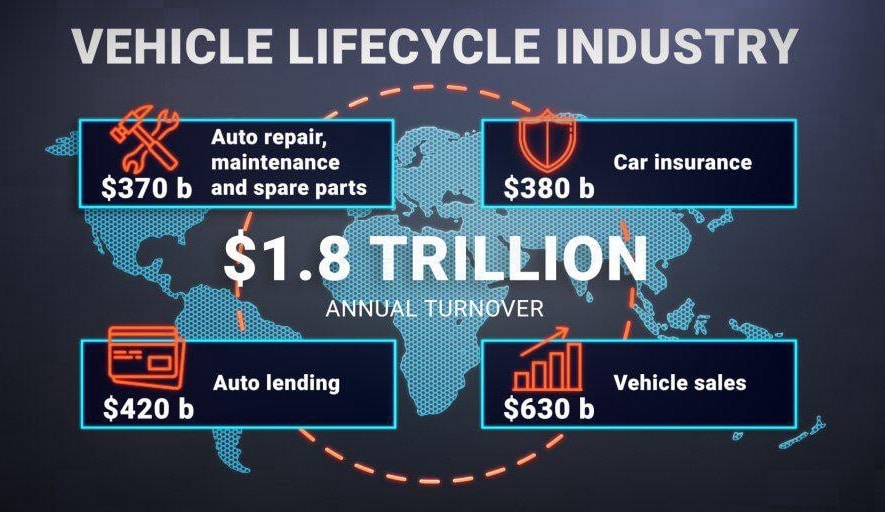 Here are the details of the upcoming VLB token sale: