In the plight against climate change, mankind faces one of its biggest challenges yet. After years of investment and research in clean energy solutions, the world has made strong steps in moving away from its fossil fuel dependency, but further work needs to be done. As of 2015, around 20% of the planet’s energy matrix was based on clean sources like solar, wind or hydropower.

However, despite the great accomplishments of the last few decades, finding the funds to support the continued development of clean energy projects remains a challenge. In many parts of the world, producing power from coal or natural gas remains much cheaper than using clean sources. In the last few years, many of the government subsidy programs supporting clean energy projects have come to an end. Between 2015 and 2016 there was a 23% decrease in investment in renewable energy projects from a peak of $312 billion in 2015 to $242 billion. 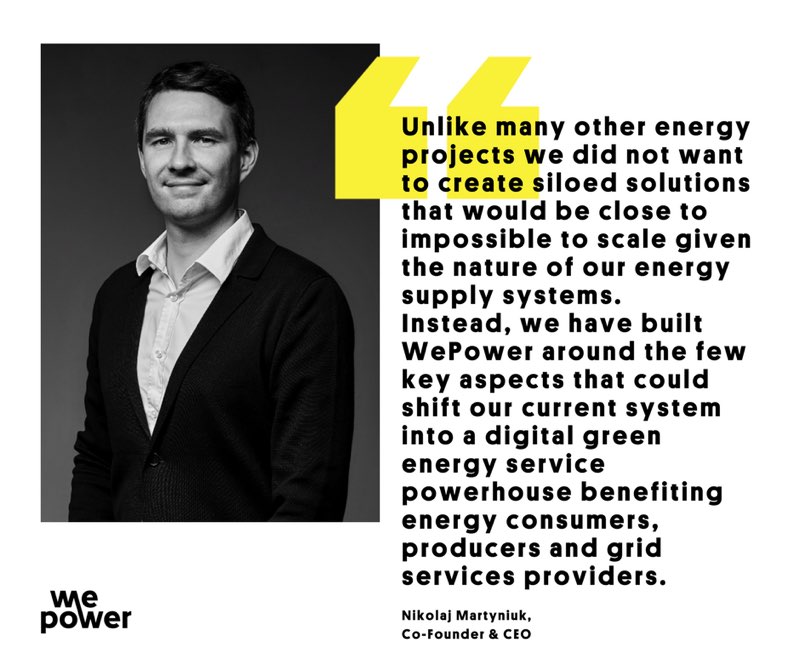 Part of the challenge has to do with the lengthy and complex access to funding. Project financing structures are profit driven and the margins demanded on debt raising trim cash availability for developers, limiting the scope of projects and slowing them down.
This is made more challenging as banks are increasing their restrictions regarding debt to liquidity ratios pegged to loans.

Whereas a few years ago, most developers could access credit with liquidity amounting to just 20% of the projects’ cost, today banks are demanding that project promoters front almost 50% of the necessary capital in order to grant loans. Further, the process of accessing capital through these means is very lengthy, sometimes over six months long.

Alternative forms of financing have so far eluded the sector. The common individual is locked out of these investment opportunities due to the high entry levels, normally at no less than USD$125 thousand, and long capital lock-ups, that could be as long as a decade.

WePower is using the democratization potential offered by blockchain technology to offer a new form of financing for renewable energy developers. The project aims to provide energy producers with the ability to sell tokens on its platform that represent actual energy. Users will then be able to purchase these energy tokens in an auction at a discount price and then use the power, hold it or trade it on the open market. On the other hand, energy producers have a much faster access to the necessary capital to push projects forward.

WePower’s innovative concept is based on the idea of tokenization of energy, which in contrast to most crypto assets, is based on a physical commodity, bringing a different dimension to digital asset value. Producers can raise capital by selling future energy production and guaranteeing value creation for investors as well.

The core concept of tokenization is the backbone of WePower’s platform. In specific terms, an energy producer can issue tokens on the platform in which one token represents 1 kilowatt-hour of renewable energy. These tokens are accessible to individual users through an auction mechanism that can be accessed by anyone holding WePower tokens (WPR). Energy allocation will also depend on the amount of WePower tokens each user holds.

Power plants are expected to sell the energy at a discounted price. After a minimum price is set for the energy tokens, users can bid to buy them. Each purchase becomes a smart contract between the company and the token holder, guaranteeing that the energy will be delivered at a certain date in the future. Token holders can even choose to sell the energy directly to the general power grid through the platform.

WePower has chosen to kickstart its project with a base in Europe. The region’s similar regulatory framework across the members of the European Union as well as its interconnected network produce the perfect environment to optimize WePower’s launch. A connected grid and compatible regulation are fundamental for the scalability of WePower’s approach. If the markets are not open to a seamless connection to the grid, peer-to-peer energy trading would not be able to be implemented beyond micro-grids.

WePower has already clarified its token model with the European regulatory authorities. The platform stands as a “reward-based crowdfunding, where contributors are rewarded free energy which they may use or sell on the platform”. This clarification should go a long way in streamlining WePower’s implementation.

Already the team is partnering with Elering, Estonia’s national electricity company, with the aim to tokenize all of Estonia’s renewable energy production within the WePower platform. WePower will use the Baltic country for a pilot program, before starting to expand its reach. The project’s roadmap indicates that a country-wide energy tokenization test in Estonia could take place as early as April 2018, with the release of 11 million tokens on the platform.

By November 2018, WePower will add 1000 MW of power to its platform from Conquista Solar, a Spanish solar power producer that the WePower team already secured as a client.

Further, just in December, WePower announced it had been selected for the Australian Energy Track Program by the Startupbootcamp Accelerator. SBC is the second largest accelerator program globally, and the first to invest in a company doing a token sale. As part of the SBC Energy Australia program, WePower will be supported by some of the biggest energy companies in Australia, including Energy Australia and Spotless. This has given the team a strong foothold in Australia which could contribute to further expand the platform’s reach.

The WePower platform will bring returns and opportunities by:

Here are the details of the WePower token Sale:

WePower will use WPR as the platform’s internal payments engine.