Location data is extremely important in today’s world where GPS and tracking-based systems are essential to processes that happen daily.

For example, driving to remote or unfamiliar locations 20 years ago would’ve required a physical map and spatial skills to know where you’re heading to. Today, applications like Waze and Google Maps makes traveling so much easier and more accurate even for new drivers.

At the same time, location data is also used in things like parcel tracking or in various industries to track the status of products. For instance, a high-end restaurant may depend heavily on tracking the delivery of ingredients to ensure that it arrives as quickly as possible to maintain freshness and quality.

With the introduction of smart technologies like smart cars and drones, the need for a secure and efficient system to depend on is of paramount importance—but there are issues in the system in use today.

In the case of self-driving vehicles, they rely extremely heavily on accurate data to function properly but what happens if a smart car receives the wrong data? On the same note, wouldn’t it be catastrophic if an individual could hack into the system and manipulate the data received by the vehicle?

The weaknesses in location data systems today are evident when you realize how simple it is (relatively) to disrupt the transmission of data. GPS jamming is a well-known exploit that disrupts the waves of radio devices while location spoofing is also extremely common in fraud cases to mask the individual’s location.

While the GPS is extremely accurate and dependable, its weaknesses leave many gaps for exploits to happen and as more and more smart devices and inventions that rely on location data are developed, the chances of a disaster happening if these exploits are not removed.

What is needed in the real world are trustless location data, which is exactly what XYO Network, a revolutionary blockchain startup, is trying to do.

XYO Network (short for “XY Oracle Network”) is a crypto-location oracle network which is the first of its kind in the blockchain industry.

The network aims to develop a series of crypto-location protocols and tools to help decentralize location-reliant applications and markets in the real world.

This is extremely important for future industries as the network will build a trustless and decentralized system of oracles that is not only attack-proof, it will also provide the most accurate data possible whenever data is queried from XYO Network.

Thus, XYO Network provides a much more secure and efficient alternative to location data systems in use today which will benefit things like smart cars and smart cities immensely.

These tools will be built with blockchain technologies and used to overcome the problems mentioned in the previous section. It will also trustless transactions to happen between crypto location-based components all around the world, which are essentially smart contracts that can interact with the real world, similar to how application programming interfaces (APIs) work.

The network’s oracle protocol will also be the first platform to allow two separate entities to interact with each other without the need for a centralized third-party service and it will be focused mainly on enabling trustless location verification for developers to use and build future projects with.

XYO Network already has all the resources it needs to begin with as it will integrate with more than 1 million devices that are already in use today. Besides that, the network will also offer GPS and Bluetooth-based devices to customers to track their items and valuables (e.g bikes, keys, and even pets) via the company’s unique physical tracking beacons. 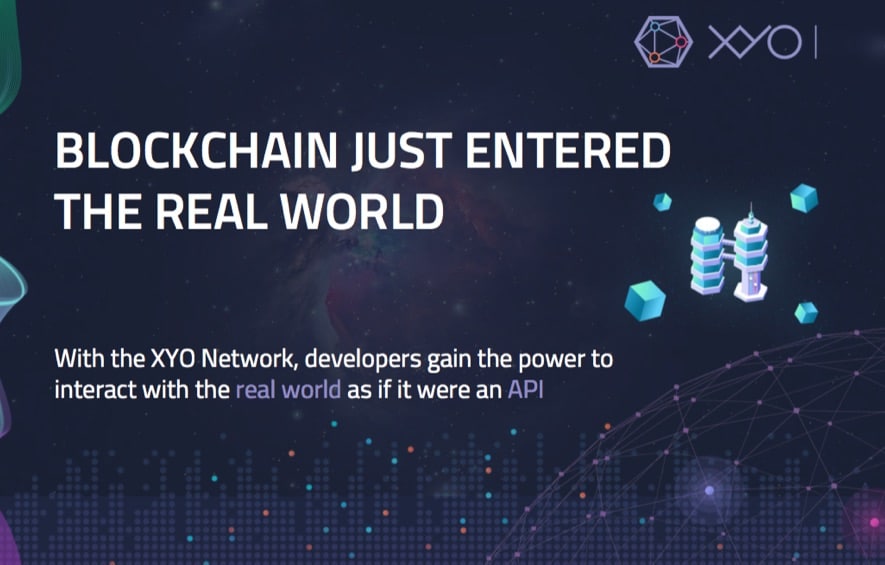 XYO Network is the brainchild of Arie Trouw, a serial entrepreneur who has been involved in the software industry since the 80’s. His unparalleled experience and role in the company will see him lead XYO Network along with co-founders, Scott Scheper and Markus Levin, to deliver on their goals and position themselves as revolutionaries in the industry.

How does XYO Network work?

The network itself is the access point for all connected devices in the platform. Users can then request for location data (these are called “queries” in the network).

These queries are then processed by retrieving the most accurate data from the network’s devices which calculates and transfers accurate data based on cryptographic proofs.

The data is then sent back to the user with the highest degree of certainty possible which gives XYO Network its edge over other location data systems.

Working at the core of the network are four core components:

While the technical details of each component can be explored further in detail in the network’s whitepaper, we’ll explain how the relationship between these four components works to make up the network’s core function.

Sentinels are essentially sensors, radios, or other devices that collect location information to be processed down the line and is considered as the main source for location data.

To provide honest and accurate data, there have to be incentives for Sentinels to work properly so for each time that a Sentinel’s data is used to answer a query, the Sentinel will be rewarded with XYO Network tokens (XYO), the network’s cryptocurrency. 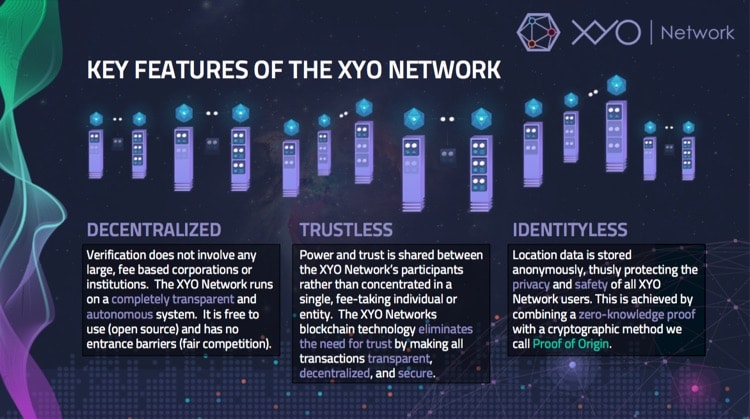 Data relayed from Bridges are then stored by Archivists in a decentralized manner. Unlike the previous two components, Archivists are only incentivized if data is retrieved and not for data storage.

All Archivists are linked and work hand-in-hand; in the case of lost or corrupted data, Archivists will still work to provide answers for user queries albeit at reduced accuracy rates.

Diviners then collect the most accurate data from Archivists and relays it to the user who queried it. Queries in the network are prioritized by the complexity and size of rewards attached to it so “bigger” queries are served first ahead of less complex ones.

Again, the technical aspects of XYO Network can be read further in the whitepaper if readers wish to learn more about how the platform works at its core.

An example XYO Network use case

The network’s whitepaper presents an example use case in where XYO Network can be utilized to its maximum efficiency.

Let’s say that an e-Commerce company wants to implement an efficient cash on delivery system where the customer only pays when the product arrives at his or her doorstep.

In today’s systems, that would work but there is a risk of fraud or damage to the item happening which will lose the business money. With XYO Network, the business can use XYO to execute a smart contract which then prompts the network to track the location of the item from start to end of the fulfillment process.

The item can be tracked accurately all the way from the warehouse to the exact moment when it’s delivered to the customer in-person. The item is then paid for by the customer and the fulfillment process is completed safely and efficiently.

With XYO Network, businesses no longer have to worry about the status of the fulfillment process as every single detail will be tracked hence protection both customers and businesses from fraud and damaged or lost goods.

XYO Network is holding a token sale for the XYO Token which will be used the power transactions and queries in the network.