BISECU, Forget the lock and enjoy the ride.

Bisecu is the world’s lightest and first fully automated smart bicycle lock. At only 1/4 weight of the widely used U-lock, Bisecu is completely keyless by using patent pending bluetooth technology. Because the smart lock is securely installed on the bicycle, there is no need to carry or use a heavy conventional lock. Simply approach the bike, and leave the bike- the front wheel will lock itself. Bisecu also has an additional security feature that sounds a loud alarm and notifies the owner in the case of theft. Bisecu also provides cycling data such as distance, speed, and calories burned. 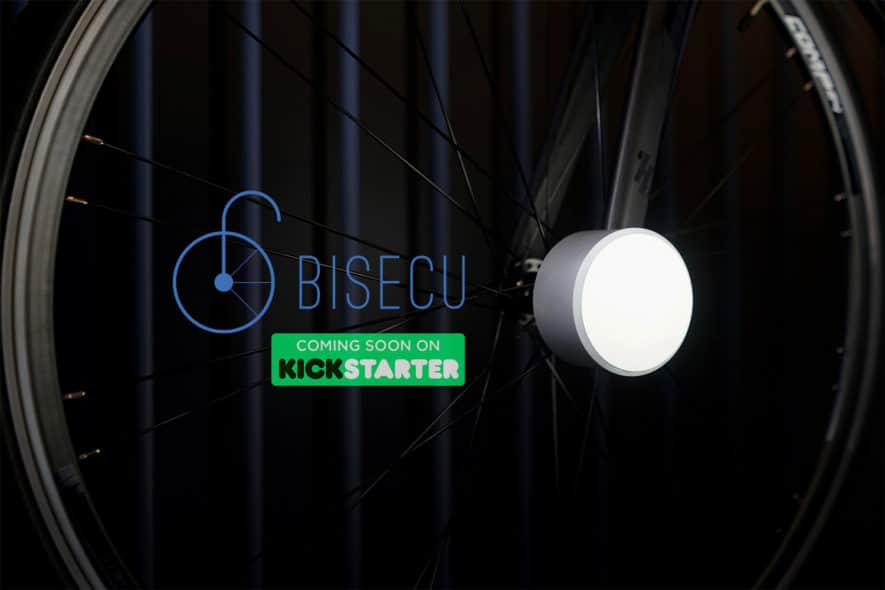 Locking and unlocking your bike, lugging around a clunky piece of metal, searching for your keys, all of these actions take away from the riding experience. Bisecu Inc. is excited to announce Bisecu, a new smart hardware accessory for your bike. Bisecu is the lightest, most securest smart bicycle lock – a beautiful blend of advanced technology and design. Bisecu’s features: smartphone distance based automatic unlocking and locking, a design that prevents the lock from being cut, and a real time speedometer. Bisecu turns your bicycle into a smart transportation device.

-Automatic lock: Bisecu’s smartphone recognition instantly knows when you’ve approached your bike and automatically unlocks. When you leave your bike, it locks on its own. No more searching for the keys, stooping over to unlock, or carrying around a heavy piece of metal. Just approach your bike and ride. Forget about the lock and enjoy your ride.
-Secure design: Don’t worry about your bike being stolen. Bisecu’s unique design means that the lock cannot be cut. Most bicycle thefts occur after the lock has been cut and the bicycle is ridden off. There is also an added level of security. Bisecu sensors trigger a 100db alarm and send a notification via its mobile app in the case of tampering and foul play.
-Real time data: Bisecu turns your smartphone into a display and becomes a cycling computer that provides data on distance travelled, speed, and slope. Bisecu remains attached to the wheel and measures the number of wheel turns. Therefore, it is able to deliver riding data with precision. You can track your rides more easily with Bisecu.

-World’s lightest smart lock: Bisecu weighs 350g (or 0.77lbs), half of weight of the existing smart bike lock, and ¼ of the conventional U-lock. But the weight does not matter so much because you no longer have to carry around the lock- Bisecu stays attached to the wheel. A lock should not slow you down.
-Lasting power: Under normal use, Bisecu does not need to be recharged for 6 months. Bisecu’s long-lasting lithium polymer battery can be recharged on any USB port in under 2 hours.
-Quality materials: Bisecu has an aluminum alloy body and a black or silver finish. Bisecu has been tested for sustainability, such as weather conditions, extreme downward force, and attempted sawing.
-Compatibility: Bisecu is compatible with most standard bikes such as road, hybrid, mini velo, and pixie bikes. Compatibility with Garmin and the Strava apps will be released in the future.
-Military grade encryption: Bisecu uses AES 128 bit encryption to ensure that the lock cannot be hacked.

Three engineering students in Korea came together because they were frustrated with their riding experience. They founded Bisecu Inc in 2016 with one mission: better the bicycling experience by stripping away the nuisances in bike riding. Backed by Korean VC Futureplay, it is a brewing startup preparing its Kickstarter launch in Q2 2017. 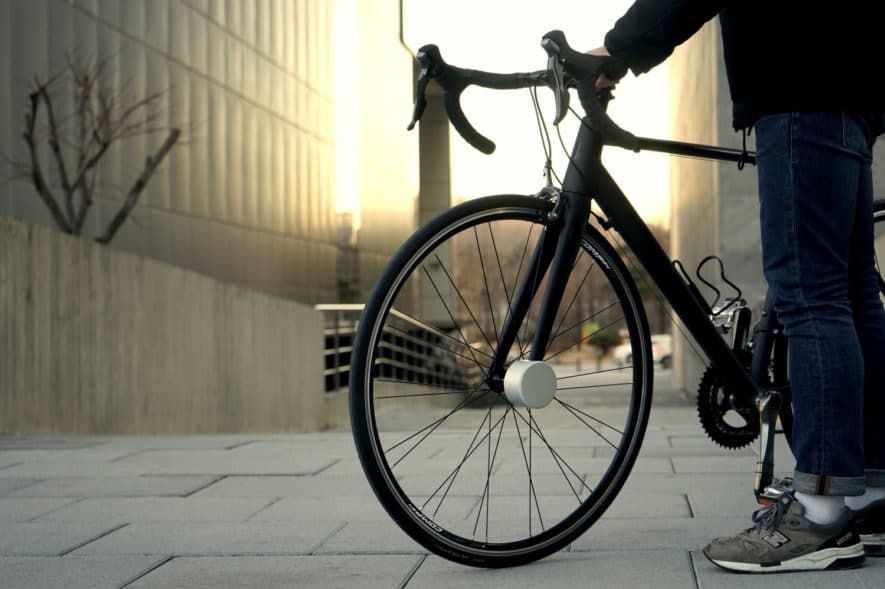 It’s first product, Bisecu, aims to get rid of the most negative part of the riding experience- locking and unlocking your bike. It allows users to even forget that the lock is even there. The fully automatic lock eliminates the need to carry around a clunky piece of metal, eliminates the hassle of searching for a key, and also delivers precision riding data in real time. Keyless entry can be triggered when the user approaches the bike, and Bisecu locks automatically when the user leaves the bike. Bisecu’s unique design ensures that the lock cannot be cut and the bicycle ridden off. This is how most bike thefts occur. It is the lightest smart bicycle lock by a large margin (weighing only 350g which is ¼ of the U-lock). The lock stays on the bicycle front wheel and provides accurate real time cycling data, meaning bicycle riders can save an extra hundred they would spend on a cycling computer.

It is an automatic lock that recognizes your smartphone. No more bending over, looking for your keys, taking away from the riding experience. The keyless entry is seamless- if you approach your bike, it unlocks itself, if you leave your bike, it locks automatically. It takes 0 seconds to unlock your bike. So you can focus on the more important things in life.

Bisecu was designed for security. Most bicycle thefts occur once the lock has been cut. Bisecu reinvents the lock through its design that prevents cutting.
There is also an added level of security. Bisecu sensors trigger a 100db alarm and app notification in the case of tampering and foul play.

Why should the lock slow you down? Bisecu stays attached to the front wheel at all times, but it is also light enough to not slow you down. It is the lightest smart bike lock, weighing only 350g (0.77lbs), which is ¼ of the conventional U-lock.

That’s not all, it’s not just a lock. Bisecu is also a cycling computer that provides data on distance travelled, speed, and slope. Bisecu remains attached to the wheel and measures the number of wheel turns; therefore delivers riding data with precision. You can track your rides more easily with Bisecu. Bisecu automatically recognizes when you are beginning to ride, unlike other products that need to be toggled on. It’s a real time speedometer. By relaying the data to your mobile screen, you can see the stats in real-time. Users do not need to splurge an extra hundred on a speedometer because Bisecu is a lock and cycling computer in one.

How is Bisecu different from other smart bike locks?
Bisecu is in the shape of a cylinder, meaning it is the only smart bike lock that cannot be cut. It stays on the front wheel of the bike, meaning you no longer need to carry around a clunky lock. The lock also prevents the front wheel from being stolen.
How does Bisecu work?
Bisecu’s proprietary technology involves a locking disc that is installed on the front wheel. It is similar to how doors are locked.
How does Bisecu communicate with my phone?
Bisecu connects to your smartphone using Bluetooth Low Energy. Through the Bisecu app, you can manually lock and unlock Bisecu. By measuring the signal strength of the bluetooth, it unlocks automatically when you approach your bike.
Do I need data connection for Bisecu to work?
You don’t need a data connection for Bisecu to work as a lock. For other functions, you do need a data connection.

How secure is Bisecu?
Bisecu’s design ensures that the locking mechanism cannot be seen from the outside. It also prevents the lock from being cut, which is how most bicycle thefts happen. In the case of tampering or attempted theft, Bisecu’s sensor triggers an alarm that is 100db loud. 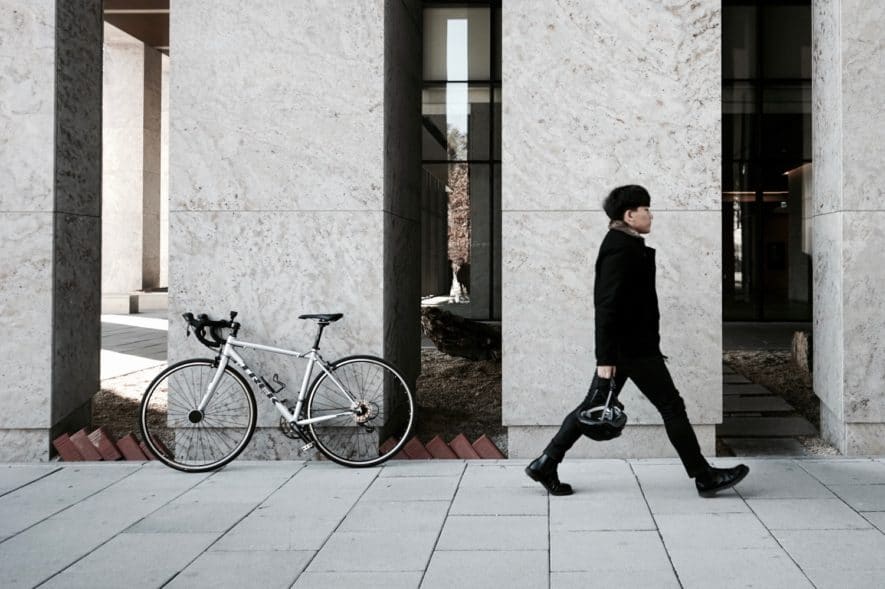 Can Bisecu be hacked?
Bisecu is uses AES 128bit military grade encryption and Bluetooth encryption technology.
How strong is the lock?
Other locks are mostly made of steel. The outer casing of Bisecu, on the other hand, is made of aluminum alloy, and can withstand hammering as well. Sawing the lock is difficult and takes much longer, because of its cylinder design.
What material is Bisecu made of?
Bisecu is made of aluminum alloy 6000 series.
Does Bisecu support location tracking?
GPS and location tracking will be available in the next generation.

Will Bisecu fit my bicycle?
Bisecu is compatible with most bicycles with 9mm QR or standard scew type axles, such as road, hybrid, pixie, and mini velos. However, it is not compatible with MTBs or other bicycles with disc brakes.
What phones are supported?
Bisecu is compatible with iOS 8+ and Android 4.4 and above, and devices supporting Bluetooth 4.0.
Is it difficult to install Bisecu on my bicycle?
Installing Bisecu takes about 10 minutes. You remove the front wheel, install the disc and the Bisecu device. If you have a basket or other accessories attached to the front axle, it must be removed.

How heavy is Bisecu?
Bisecu is the world’s lightest smart bike lock. It weighs only 350g. The lightest smart bike lock so far weighs over 500g. A conventional bike lock such as the U-lock weighs over 1kg, averaging at 1.5kg. Bisecu is less than ¼ of this weight.
How big is Bisecu?
Bisecu fits in the palm of your hand, with specific size being 85mm*100mm*85mm. 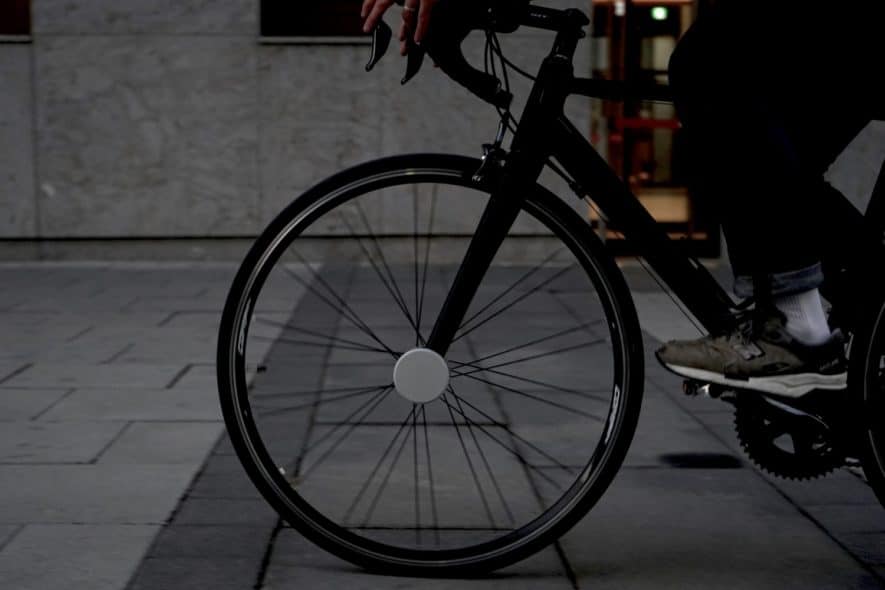 How long does the battery last?
Battery life lasts for 6 months under normal use.
How do I charge Bisecu?
Bisecu can be recharged using its micro-USB port.
What type of battery is used in Bisecu?
Bisecu uses a lithium polymer battery.
How do I know if I need to charge Bisecu?
When battery life reaches less than 20%, the app send you a notification as a reminder to charge Bisecu.
What happens if the Bisecu battery dies and my bike is still locked?
You have to recharge Bisecu first, by using a portable battery pack.

How long is the warranty for Bisecu?
Bisecu comes with a 1 year warranty.
What happens if Bisecu breaks or malfunctions?
Bisecu comes with a 1 year warranty. The repair policies will differ from country to country and the local retailer.
Can I leave Bisecu out in the rain?
Yes. Bisecu is weather resistant and can withstand rain and the cold. However, we strongly advise that you don’t take Bisecu for a swim. 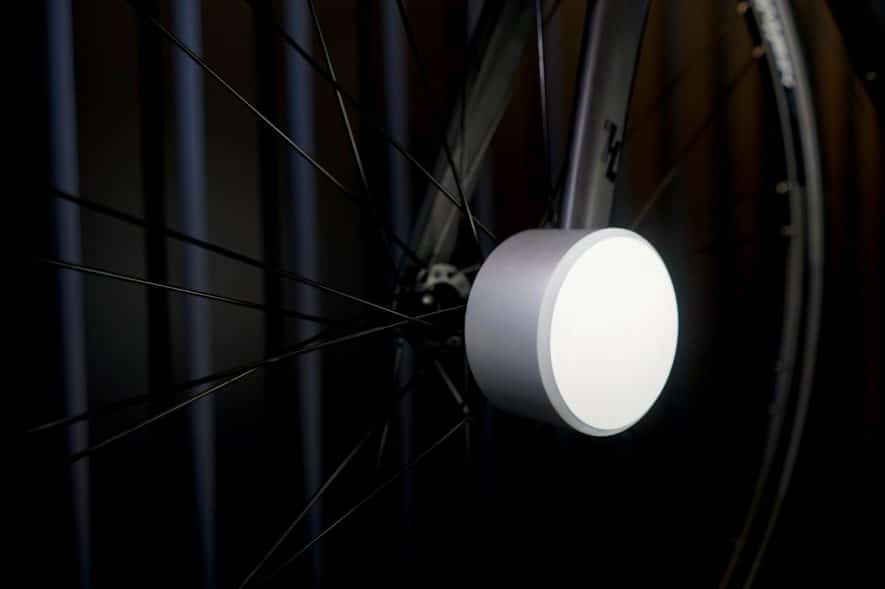 How loud is the alarm?
Using its sensors, Bisecu triggers a 100db in the case of attempted theft and sends an app notification.

What colors are Bisecu available in?
Bisecu comes in black and silver. We would like to add colors to Bisecu depending on popular demand.

Bisecu will be coming to Kickstarter in the second quarter of 2017.