Drones are popping up everywhere nowadays. That’s because their capabilities have reached the point where they offer plenty of capability at reasonable prices.

Whether you’re a hobbyist who wants to explore territory with a bird’s-eye view, or a professional photographer looking for aerial coverage over special events, drones offer a winning solution that won’t break your budget.

After covering the basics below, we’ll review the most popular models.

Like other technology-fueled devices, drones have advanced over the past couple of years.

If you looked at drones in 2016 but weren’t impressed enough to spend your hard-earned money, now it’s time to take another look. The landscape has improved. The models available today offer more stability and video quality than previous generations. And, with enhanced capabilities and safety features, drone prices seem reasonable.

Instead of the grainy video quality and “control issues”, the newest generation offers sharper resolution and stable flight. Still, just as it is with any other consumer product, you’ll only get the capability that you pay for. Before buying any drone you should first consider your goals and set a budget accordingly.

A drone for any need, at a price for any budget 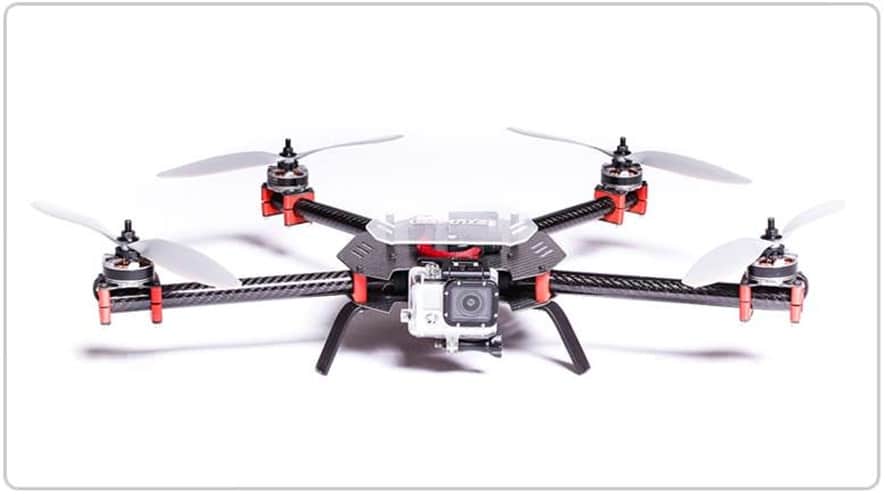 Quadcopters are ready-to-fly, easy to control, and a few models already have an Android interface

Quadcopters are the best type of equipment for most people. Ready-to-fly and easy to control, they offer plenty of practical uses. There are plenty of low-priced models available, but you’ll still need to spend about $500 if you want a reliable model with a good camera.

A few models already have an Android interface. For this review, we’ve focused mainly on the basic models which are ready to fly right out of the box. Their cameras are already onboard and ready for use. 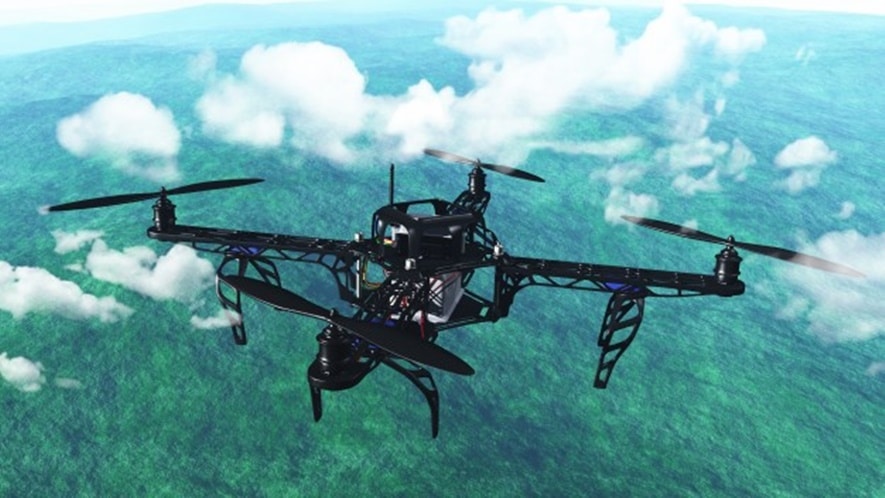 Even if you’ve lost direct control, the drone should still land automatically in the same area where it first took off.

Nearly all drones being marketed nowadays include certain safety features. Even the low-cost Bebop models include a return-to-home feature and basic GPS functionality.

That means if your drone loses its control signal or the battery is low, it’s programmed to fly back toward the takeoff coordinates.

So even if you’ve lost direct control, the drone should still land automatically in the same area where it first took off, assuming it has enough power to do so.

Most of the drones reviewed here have enough power for at least 20 minutes of full-power flight unless you add additional battery capability.

Some one who is truly concerned about losing the copter through an uncontrolled “flyaway,” you can easily add a plugin GPS tracker for redundant protection. For example, the Flytrex Live 3G is a standalone GPS tracker with extra functionality to help monitor a drone’s movement and position. It can be used with most of the popular models available today.

The Flytrex sends a constant stream of encrypted location data into the cloud through a 3G cellular connection. By using a redundant tracker like this you’ll reduce the possibility of a costly, embarrassing flyaway or crash.

It’s obvious that something which could fall from a height might cause property damage, injuries, or worse. That’s why it’s important to avoid flying any drone manufactured without appropriate, well-tested safety features.

A case in point is the GoPro Karma device – It was hastily pulled from the market in late 2016 after a series of scary crashes due to power loss while in flight.

If you’re flying inside the US you’ll want to be careful to comply with the FAA’s rules regarding drones. Also, keep in mind that if you buy or fly any device that weighs over a half-pound you’ll be required to register as a drone operator with the FAA.

Wherever you are, make sure you don’t enter “no-fly zones,” especially around airports, prisons and government installations like military bases.

Even when you’re “droning” in an unpopulated area, don’t operate above 400 feet. Nearly all modern drones are pre-set to comply with this regulation, but you’ll still be held responsible if your equipment strays. 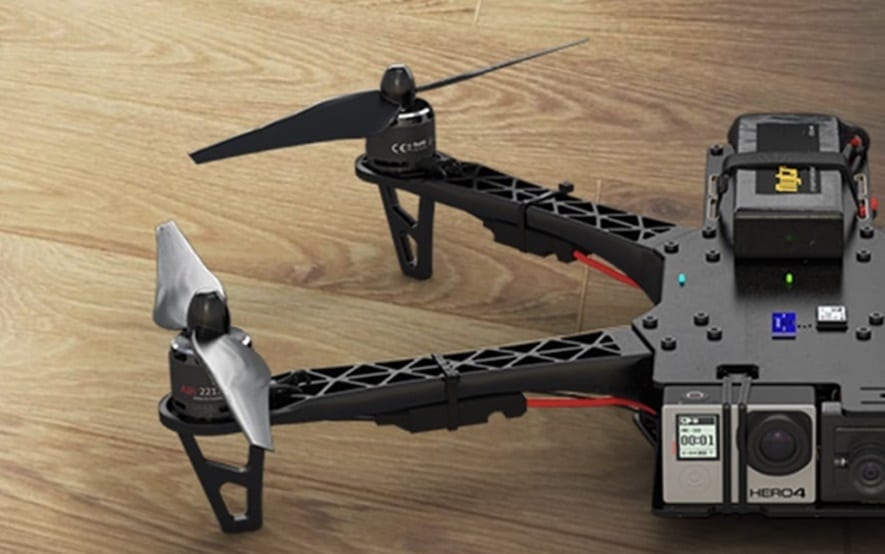 Drones are so popular nowadays that many of the older-generation radio-controlled (RC) toy aircraft are now being marketed as “drones.”

Some RC quadcopters aren’t “real” drones. So, before spending any money first make sure a device has these defining characteristics –

When you want a “real” drone but your operational requirements are limited, it’s easy to find affordable devices that will put a smile on your face. For example, if you want a small, no-frills copter and you don’t mind limited capability, the Aerius is a good low-cost choice.

Apart from RC toys, some drones are designed specifically for racing use. These include models like the Horizon Blade Nano, which costs about $200. 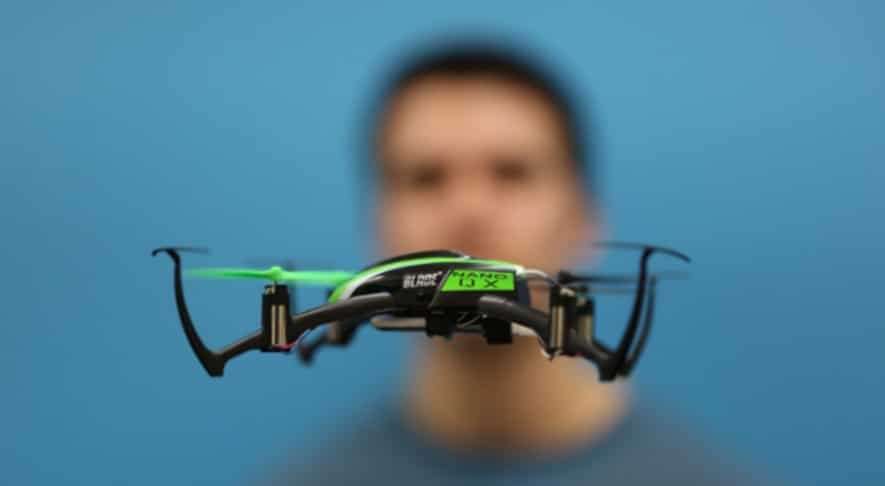 Horizon Blade is designed specifically for racing use

They’re fun, but you’ll need to look elsewhere if you want a working drone that can roam around while recording videos and photos.

Here’s a quick roundup of the best-selling models from top manufacturers. 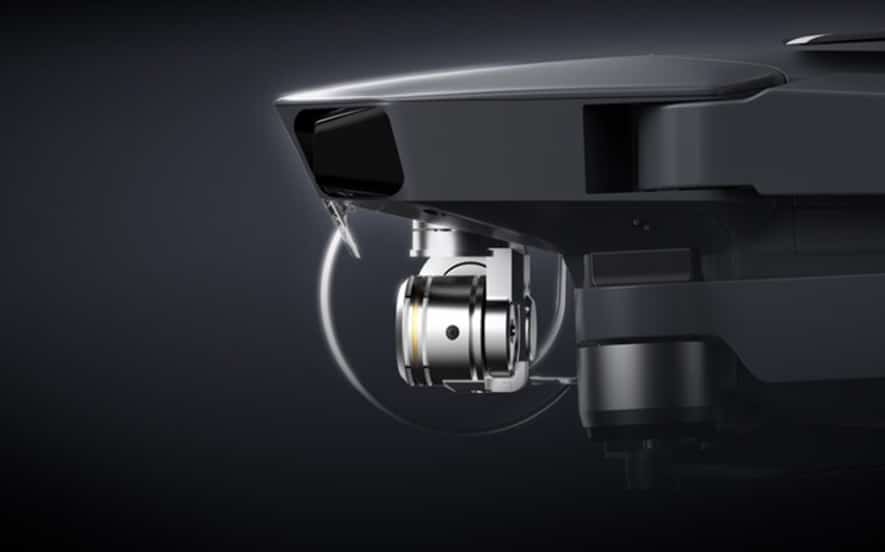 DJI is ahead of the market and offers a wide range of products and price points.

These drones currently dominates the drone market, and for good reason. This manufacturer is often a couple of steps ahead of the competition, and it offers a wide range of products and price points.

Its earlier-generation Phantom 2 Vision+ model was replaced by the Phantom 3 (priced at about $390), which offers superior video quality and improved flight stability.

Even better, the Phantom 4 was the first to receive a 5-star rating from PCMag. It features an innovative crash-avoidance system. This family of drones is a great improvement over all previous generations. 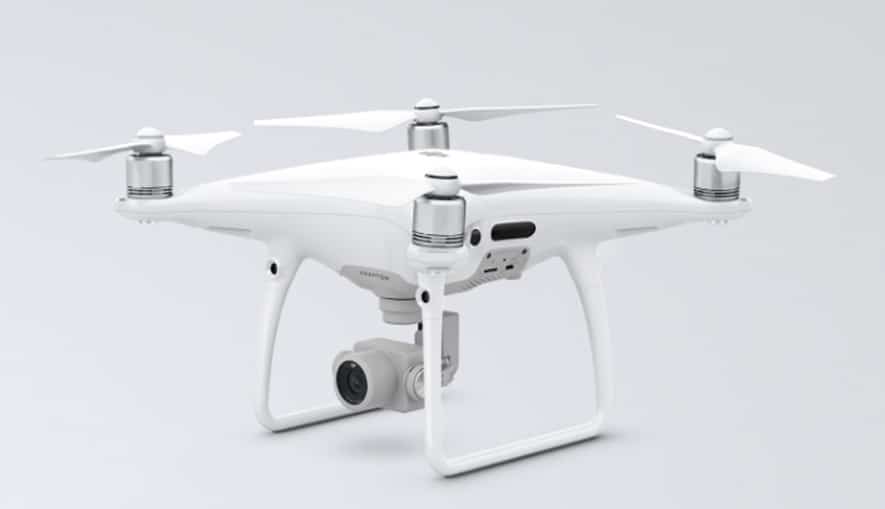 Since the Phantom 4 is more expensive, you may want to consider the Phantom 3 instead – It’s almost as advanced as its younger sibling.

Or, you could choose DJI’s Phantom 3 with 4K – It uses the same WiFi system as the Standard model, but with video resolution enhanced from the basic 2.7K upward to 4K.

For about the same price you can also buy the Phantom 3 Advanced, which can record video at 2.7K while using the same Lightbridge control and streaming as the Phantom 3 Professional or Phantom 4.

Top of the line is the DJI Inspire. This is a serious drone – It’s built with carbon fiber for the ultimate strength and lightness.

Its camera can move in any direction, and it also offers dual-operator control. That feature is extremely useful because one person can concentrate entirely on flying the drone while another operates its 4K camera. 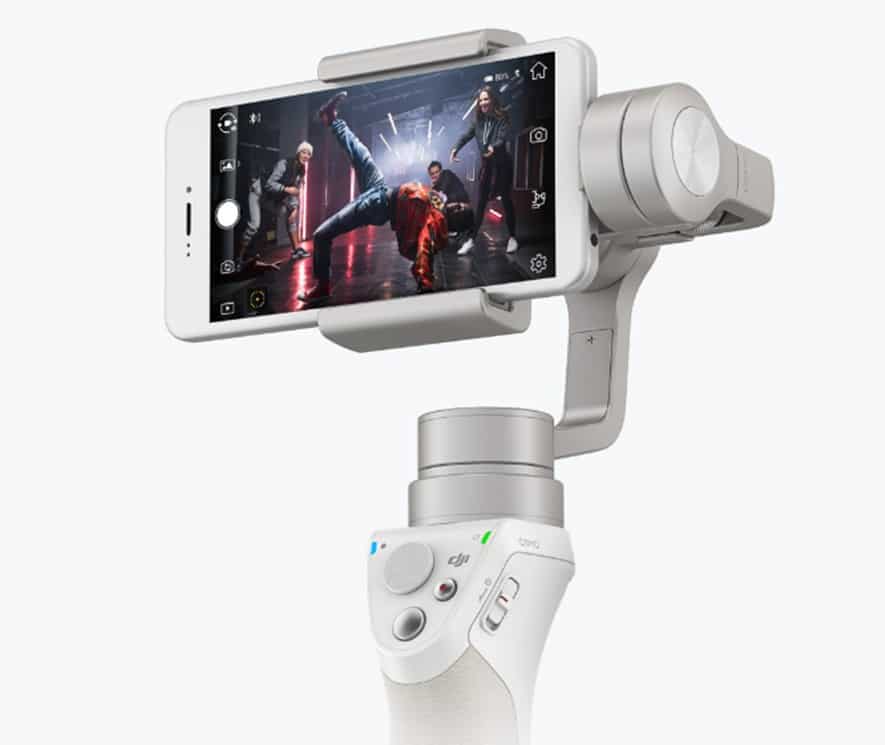 The DJI camera can move in any direction, and it also offers dual-operator control

The Inspire is truly a tool for professionals, which explains why it’s so pricey – about $3,000 when configured with just one remote control, or about $3,300 configured as the dual-operator version including a second remote control.

This is the most popular choice is the Xiro Xplorer

Another popular choice is the Xiro Xplorer V, which is offered through several retailers at about $500. However, its camera resolution is only 1080 pixels, which is less than the Phantom models provide.

For a lower budget lower you should consider the Parrot Bebop, which currently sells for about $350.

This quadcopter is a great choice if you want a quality drone at a bargain price.

The Parrot Bebop doesn’t fly as high or fast as the Phantom, yet it’s a small, maneuverable quadcopter that excels in acrobatic rolls and flips. You’ll find this copter fun, agile and extremely useful. You can fly the Bebop’s low-cost configuration using only a smartphone or tablet.

Buying a Bebop gives you low-cost drone capability right now. For an additional $300 you can buy a separate Skycontroller later.

With a slightly higher budget of around $500, you could choose the Bebop 2, which offers expanded features and functions.

Drones are getting smaller 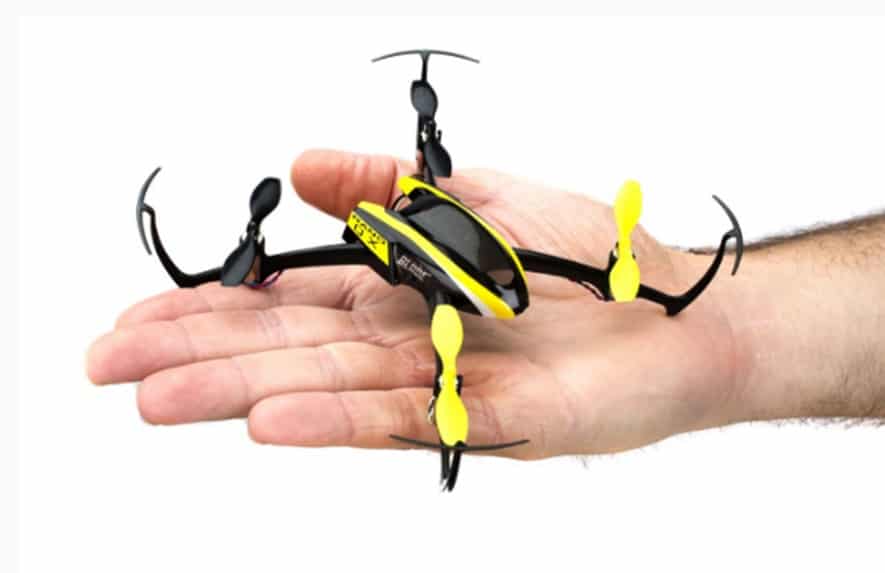 Until recently the more features a drone had, the bigger and bulkier it was. Now the technology has reached a point where a drone with excellent stability and safety features is relatively small in size.

Keep in mind that some small models, such as the Xiro Xplorer mentioned above, have only limited functionality. Others such as the Vantage Robotics Snap and the DJI Mavic Pro are tiny yet offer the most advanced technologies.

For example, the Snap relies on an ingenious magnetic system to attach folding propellers to the main chassis, so it’s easy to disassemble and transport, not to mention less likely to be damaged during a crash. 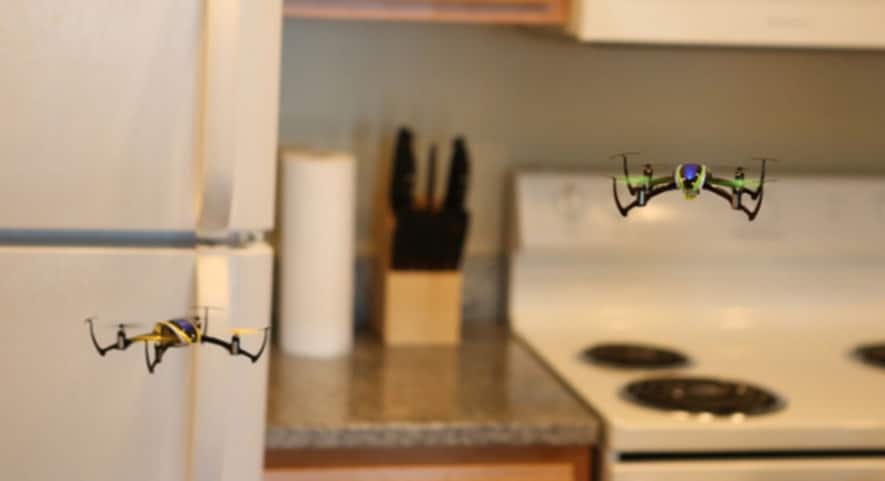 And, the Mavic Pro’s rotor arms fold into the body, which makes it compact for storage and less likely to become damaged during transport.
Plenty of competition 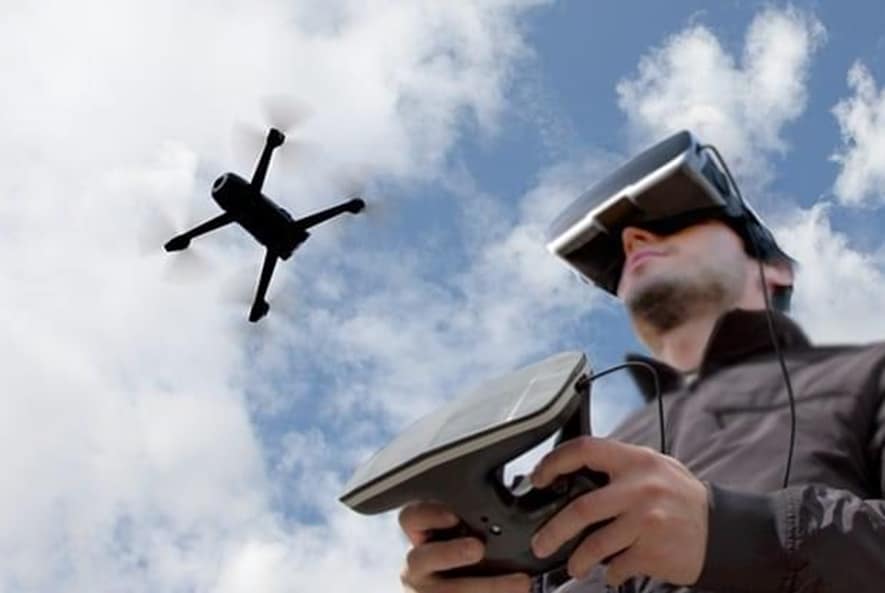 There’s plenty of competitio but DJI currently seems to be leading in popularity,

Although DJI currently seems to be leading in popularity, there’s plenty of competition – Yuneec International is a longtime player in the aerial drone marketplace.

Aside from their unmanned capability, they’ve also won the Lindbergh Electric Aircraft Prize (LEAP) for the breakthrough engineering of a fully electric, two-seat airplane, the EA340, which features a 48 kW propulsion system.

And, the Typhoon H is certainly at or very near the top of this class. It’s a six-rotor design that can stay aloft even after losing an engine or propeller, plus it has a great collision-avoidance system.

The best drones are yet to come 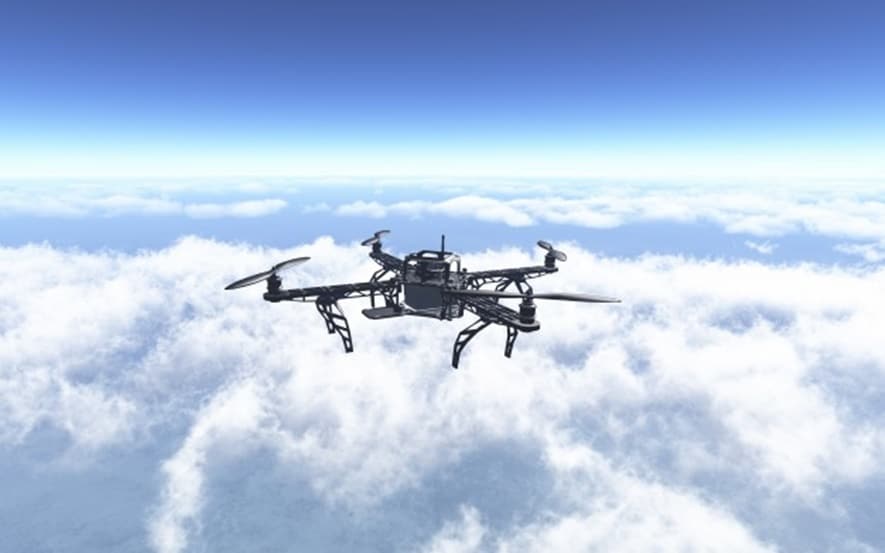 There is a hugl room for innovation in the drone marketplace

The growing popularity of drones is drawing more manufacturers into the marketplace.

PowerVision has recently announced two new copters – The PowerEgg, which is said to be consumer-friendly, and the professional-grade PowerEye.

Another recent entrant into the US marketplace is the X-Star drone made by Autel Robotics. These devices are similar in price and look like DJI’s Phantom line except they’re colored bright orange for visibility and safety.

Another rising competitor is the 3D Robotics Solo, which offers numerous features for a low price, yet also suffers from occasional glitches from battery failure or GPS unreliability.

Drones for professional use 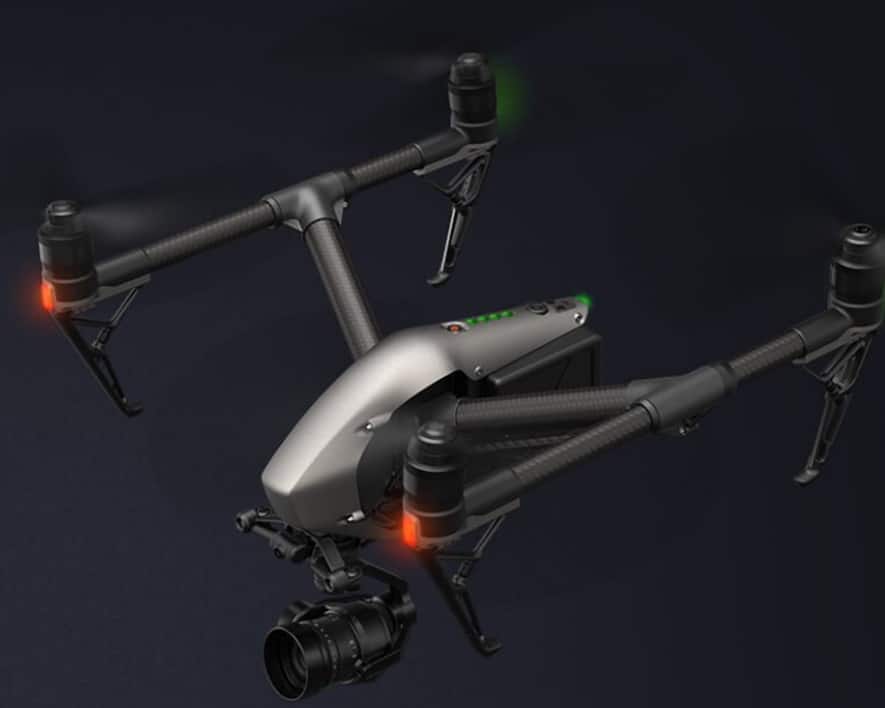 For those who need maximum capability, there are plenty of models to choose from.

It’s priced accordingly – The retail list price of about $3,000 doesn’t include a camera. You could attach a 1-inch fixed-lens, or choose an interchangeable-lens camera. Both types of camera offer video up 5.2K.

Yuneec also offers a professional drone model, the Tornado H9 for about $3,500. This is a large drone featuring 6 rotors and enough room to hold 3 batteries, which gives you an impressive 40+ minutes of flight time.

The H9’s CGO4 camera is a customized version of Panasonic’s well-known GH4, which is already a favorite tool of land-based videographers. It costs about $5,000.

For professional videographers and security operators who insist on recording pure uncompressed video, the Inspire 1 Raw is usually the best choice. However, this capability comes at a serious price – In markets where available, it may cost $7,000 or more.

For those who don’t already own a drone, 2017 is definitely the right time to buy. Regardless of the budget, you can easily find a drone to meet your needs.

If you’re ready for a bird’s-eye view of the world, it’s time to fly!