Open source software is an important component in the IT systems of many important institutions such as governments, companies, and applications all over the world.

What is open source software, you may ask?

Open source software is software released to the general public for free which effectively allows developers to access the source code, modify it, and redistribute the software again.

The benefits of open source software heavily outweigh traditional software; these benefits include increased transparency, greater flexibility in the final direction of the software, as well preventing the chance of creating a software monopoly which hurts the industry.

The greatest benefit, however, is this; the mass adoption of open source software has resulted in over $60 billion saved per year for consumers which is an incredibly economical alternative.

The increasing interest in open source development has its downsides, unfortunately. The most common problem is that there is a lack of incentive for developers to work on open source projects.

In many cases, developers are not expected to be paid at all for maintaining open source software!

Because of this, many open source projects fail because they fail to complete. The software may also lack the ability to maintain performance and activity because many developers struggle to find time to work on the project.

Companies may also exploit the system by explicitly forcing developers to work on open source software without any compensation in mind.

FundRequest is an innovative decentralized platform designed to solve the issues of the open source industry.

Many developers use up their valuable time for free in open source software which is not an ideal system.

Instead, FundRequest aims to make the system more efficient for developers by creating some sort of a crowdfunding system with the Ethereum blockchain.

In FundRequest, developers can address bugs and work on open-source software while programmers solve bugs–all of this can be done for rewards in the form of cryptocurrencies.

FundRequest is more than just a premium bug bounty platform, though.

What they are trying to do is to introduce a radical approach towards open source development that benefits both the developers who are creating the code as well as the organizations who will use the code in their programs.

The simplicity of the FundRequest platform allows users to pay developers to find issues in their program even if they know a thing about coding without any coding knowledge; developers can also find issues related to their skill set which provides an alternative source of income for them.

All in all, the platform aims to provide value to everyone. For example, with FundRequest, businesses can have enterprise-grade levels of tech support without the attached enterprise-grade costs.

FundRequest will include a global decentralized platform where contributors are compensated for their efforts on any open source project.

All payments and payouts are dealt directly with the individual, with all payments done on the Ethereum blockchain without any need for intermediaries like banks.

Here is how the platform works:

The first version of FundRequest will only accept FND tokens, the platform’s cryptocurrency, to fund a request.

As the platform develops, FundRequest will accept funds from other cryptocurrencies like ETH or BTC or non-crypto assets like PayPal.

To start a funding request, registered users will have to download the FundRequest browser plugin button. For each Github request, users can then fund the issue and specify how much they want to fund.

When a fund request is confirmed, the transaction amount is sent to the Ethereum blockchain where it will be validated and processed automatically.

A smart contract is then generated which is then used to identify allocated funds until the contract’s conditions have been met.

Issues in funding requests are solved by developers who either provide the best answer or solution to the issue.

The contributor who offered the best solution will be notified automatically and can then collect his or her bounty instantly.

Contributors who solve problems just need a press of the reward button to claim the allocated funds.

Once a transaction is accepted, the bounty for that request is transferred to the account immediately with help of smart contracts.

Advantages of the FundRequest platform

The FundRequest platform offers many advantages to all parties involved.

Developers are rewarded by getting paid for the work they deliver on open source and other software projects in the platform.

Since FundRequest is built on the Ethereum blockchain and uses smart contracts to power transactions, developers do not have to worry about not being paid as funds are released automatically which guarantees payments.

Developers can also use issues requested by the community as a sign to see what needs to be improved in other software. 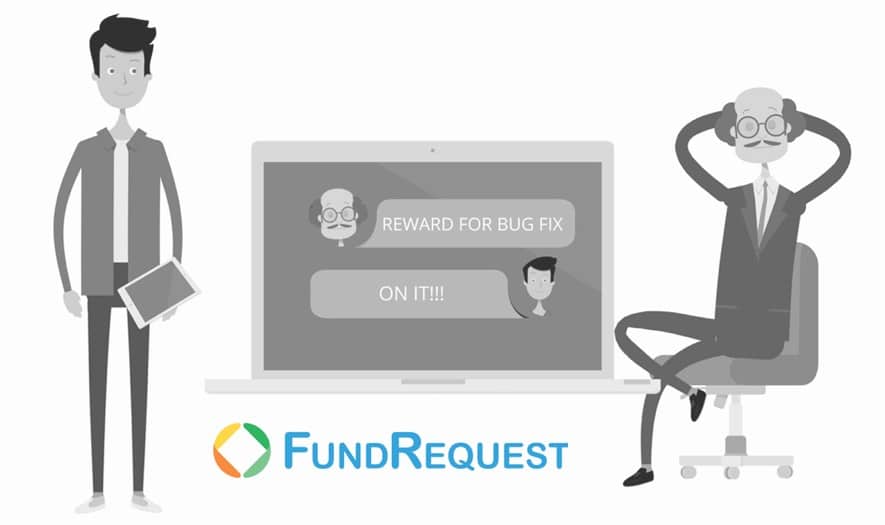 At the same time, FundRequest has a reputation system where developers can make their name through strings of successful bug fixes and good work.

In the case that you don’t want to accept rewards, the funds can be donated to charity!

FundRequest also supports the community in making the open source industry a better one.

As a member of the community, you’ll support developers by incentivizing their efforts in fixings bugs and software problems. Because of that, you’ll be indirectly supporting the growth of the open source software community.

Since FundRequest is built on the Ethereum blockchain and uses smart contracts, you’ll be able to build the software you want with great trust between you and the developers

Trust and security are also guaranteed with smart contracts which are contracts written in code that executes automatically when agreed terms are met.

FundRequest also bridges the gap between a total lack of support for your software and expensive services that can only be afforded by large corporations.

With FundRequest, you only pay for problems that arise in your software or changes that you want to be implemented.

This works similarly to a pay for what you want system; because of this, you have an active role in determining how your software looks like the end of the day which helps you a lot. 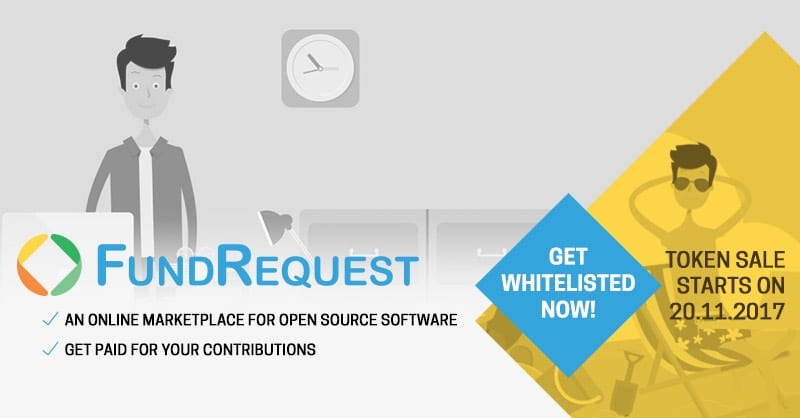 FundRequest will launch a token sale for the FND token