4YFN (4 Years From Now), the startup segment of Mobile World Congress has just concluded its fourth session with a resounding success. Over 19000 attendees have participated in this year’s session, representing a 60% increase in the number of visitors over last year. Over 70% of the visitors were foreigners, and female participation has increased to 37% of the visitors.

This year’s edition featured over 600 startups and corporations, many of which represented foreign companies from all over the globe: from USA to South Korea, 4YFN managed to draw in a lot of promising startups for over 700 present investors to support.

Also featured in this year’s 4YFN edition were the exciting “Pitch the Press” sessions, which saw entrepreneurs and reporters taking part in quick business pitching sessions, similar to speed dating. By the end of the event, 2400 pitches have taken place within 4 sessions.

Aleix Valls, the CEO of Mobile World Capital Barcelona, the company behind Mobile World Congress and 4 Years From Now, has announced a brand new event this year, namely 4YFN San Francisco. Emphasizing the success the event had on entrepreneurs worldwide, he remarked “the growth of the event in Barcelona, as well as the multitude of activities that 4YFN encompasses over the year, thanks to its presence in Shanghai, Tel Aviv and now in San Francisco”.

As is tradition, the event also hosted the 4YFN Awards, which rewards the most promising startups in several categories, named “Disrupted by Mobile”, “Internet of Things” and “Digital Media”. 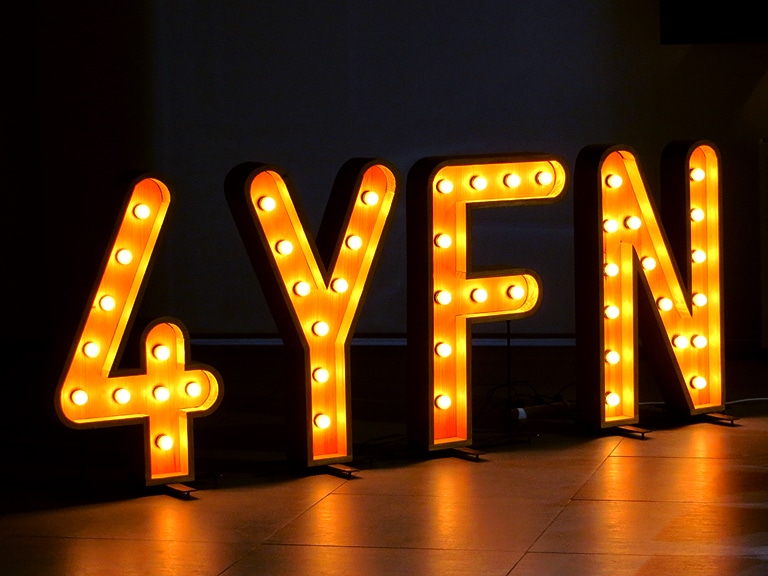 The Disrupted by Mobile category rewards the most creative mobile solution for improving people’s lives. The winner in this category was London-based company WeFarm, which created a useful SMS-based program which allows farmers all over the world to connect with each other and share useful information. This program puts an emphasis on small-scale farmers located in remote areas without Internet connection, and is currently only available in Kenya, Uganda and Peru.

Another London-based winner was startup Hu:toma, which won the Internet of Things award for creating a unique marketplace which allows developers to create and sell learning systems for artificial intelligence and chatbots. While the platform isn’t ready for action yet, it shows a lot of promise, and will most likely speed up the evolution of artificial intelligence.

Finally, the winner of the Digital Media category is TheMotion, a company based in Madrid. The startup provides companies with a great online tool for creating multiple video ads for their products, making advertising virtually effortless. The company claims that their clients have had their click-througlick-through rates doubled since using their service, so it’s no surprise to see them winning an award.

4YFN 2017 also offered a great deal of keynote speeches from experienced and respected people such as the Director of Product Innovation for Growth & Acquisition of Netflix, Michael Spiegelman, the Global Manager EMEA of Alibaba, Terry von Bibra, the CEO of WPP Group, Sir Martin Sorell and the CTO of Just Eat, Fernando Fanton. Additionally, those present got to attend presentations from directors and employees of large companies, such as Facebook, Flipnote and PayPal.

Even though this year’s 4YFN Barcelona was a triumph for the organizers and attendees alike, the event was just the first in the 4YFN yearly schedule. With more events planned in Barcelona, Shanghai and now San Francisco, there is a lot to look forward to for startups and tech enthusiasts.