ALTR today emerged from nearly four years of stealth to release the first commercial software package that unleashes the security benefits of blockchain. The new ALTR platform is built on ALTRchain, the only high-performance, enterprise-grade blockchain technology for ultra-secure data access and storage. Virtually impenetrable to attack, the ALTR platform is a data-security solution for organizations to monitor, access and store critical information. Moving beyond failed and outmoded perimeter systems, ALTR’s approach signals a fundamental new paradigm in cybersecurity.

The company also revealed that it has raised $15 million in funding from institutional and private sources in the cybersecurity, IT, and financial-services industries, including participation by angel John Stafford III, current CEO of Ronin Capital. The funds will be used to extend the reach of the ALTR platform into the enterprise and bring additional ALTRchain-based products and solutions to market.

A call to arms: Change or breach 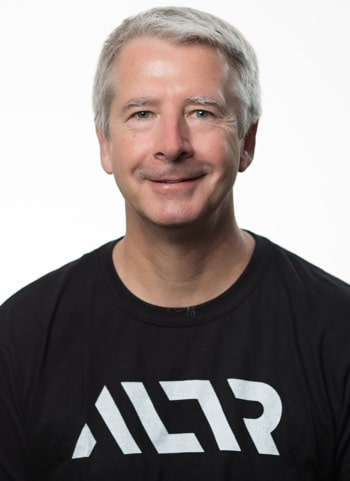 ALTR is led by CEO David Sikora, a software industry veteran and former executive chairman at Stratfor, developer of the world’s leading geopolitical intelligence platform. Sikora is noted for executing the first internet software IPO in Texas with The ForeFront Group, and previously served in key leadership roles at Digby, Motive and Pervasive Software.

The company launches with an impressive board of advisors from the software and cybersecurity industries.  Mike Maples, Sr., is a lauded former software executive at tech giants IBM and Microsoft. Fred Burton is among the world’s foremost security experts and former deputy chief of the counterterrorism division at the U.S. Diplomatic Security Service. Michael Hermus is a software entrepreneur and emerging technology expert who recently served as CTO of the U.S. Department of Homeland Security. John Swainson led Dell’s software group and is a past CEO at cybersecurity titan CA. Scott Abel co-founded Spiceworks and Motive and previously led professional services for NeXT and Apple.

This formidable team has come together at a crucial juncture. Amid the rising adoption of the cloud and microservices, native mobile apps and the Internet of Things, new threat vectors to data are continually being introduced with a predicted $8 trillion cybercrime impact on the global economy by 2022. [1] This expanding attack environment represents a mixture of temptations and economic incentives that reward bad actors who are always one step ahead of security providers, trapping them in a losing cycle of software patches, new applications and overwhelming complexity.

“We have a choice between change or breach,” said Sikora. “Network-focused security isn’t enough because it never really puts a dent in the sheer number of vulnerabilities. Rather than patching the existing attack surface, ALTR has found a way to significantly reduce it. In fact, with ALTR’s full solution in place, the threat vectors for data move to nearly zero. Digital trust can finally be restored.”

The mission to engineer a new security architecture is what led ALTR to blockchain, and not the other way around. While no technology is as security-hardened as blockchain, its original application to cryptocurrencies does not require the flexibility, privacy and performance needed to secure critical corporate information.

Leveraging ALTRchain as a foundation, the ALTR platform applies blockchain’s virtually inviolable structure to data security. It is designed to eliminate threats to data through core approaches in private blockchain, in-line data techniques, real-time alerting and reporting for business enablement.

Sikora continued, “Three things are necessary to restore trust around data usage. It is crucial to see and understand access needs and to share this view among executives and IT so that everyone knows the truth. There also needs to be a means to cut off access when it is inappropriate or defies policy, and to protect data in a way that reduces or even eliminates the ability to steal it.”

The ALTR platform meets these requirements with an approach that is virtually invulnerable to attack all the way through to the last mile that connects applications to data, helping to make mobility and cloud initiatives safe as organizations adopt them.

Business transformation in the enterprise

Data integrity is about more than just security. The ALTR platform puts technical and non-technical staff—the CEO, the CISO, the CCO, and IT professionals—on the same page to foster meaningful collaboration on data security. It gives them a broad view and control over how an organization’s data assets are used or seen and by whom.

Deployed directly into the access path between data and applications, the platform has a unique vantage point that returns agency to the c-suite by giving executives intelligence on their most valuable data assets. Information is pulled directly from the driver-level and immutably stored using ALTRchain, revealing key operational insights that inform corporate strategy as well as security strategy. 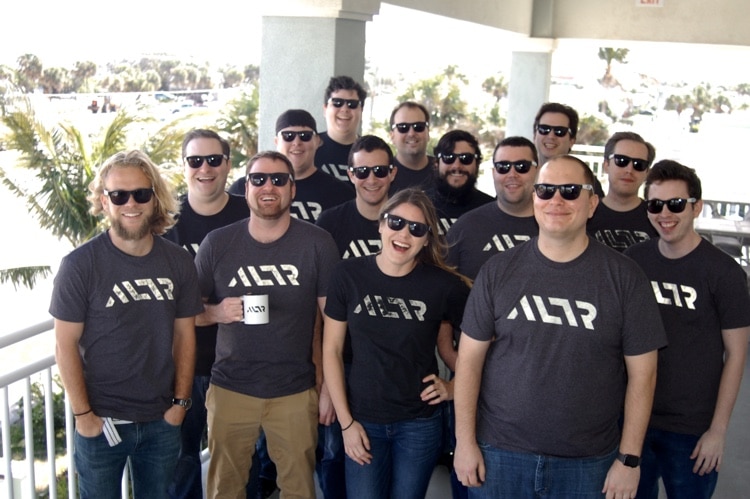 Improving the quality and automation of real-time data-protection, which until now has mostly been based on retrospective detection of fraudulent activity, the ALTR solution creates a blockchain-stored record of any attempt to impact data or network resources. This permanent, unalterable evidence serves as a disincentive for offenders.

From the boardroom all the way down to individual employees, ALTR’s software platform is a solution for a new data-accountability era. New risk and compliance challenges, stemming from a growing corpus of complex regulations such as GDPR, ITAR/EAR, NIST, and other mandates, mean organizations need to get more focused on the handling of data and its protection.

The ALTR platform is comprised of ALTR Monitor, ALTR Govern and ALTR Protect. It seamlessly integrates into computing networks without any changes to existing hardware or software infrastructure with support for all major database platforms including Microsoft, Oracle and open-source stacks.

ALTR has also opened up access to its proprietary blockchain via its ChainAPI which equips developers with the means of adding ALTRchain to any application. Optimized for ultra-low latency and scalable data storage, the ChainAPI is accompanied by infrastructure-as-code for highly flexible deployment in nearly any node distribution. It makes it possible to create highly secure data storage in the public cloud or other uncontrolled environments, and can be used to assemble multi-party contracts or file briefs inside an ALTRchain.

For more information including details pricing and availability, to schedule a demo or to learn about the next Security Dinner hosted by ALTR in your area, contact ALTR at [email protected] Software developers can visit the ALTR Developer’s Center to learn more about ChainAPI or to request access to the ChainAPI Sandbox.

ALTR is the first software company to unleash the cybersecurity benefits of blockchain for the enterprise. The ALTR platform, based on ALTR’s proprietary ALTRchain technology, restores digital trust to organizations by fundamentally changing the way valuable data is monitored, accessed and stored. It is simple to deploy and easy for both technical and non-technical business stakeholders to use, providing them with an intrinsic view and control over the inner data-environment of an organization including how sensitive data assets are used or seen and by whom. The company, which holds 12 issues and allowed patents and has more than 30 patents pending, is based in Austin