Classic desktop PCs are being used less and less in modern offices. A universal USB 3.0 docking station has become the standard. Since 2014 an additional specification has been added. With the USB-C docking station type, transfer rates of up to 10 Gbit/s are possible.

In a world that increasingly relies on mobility, networkability and flexibility, the traditional stand-alone PC seems to have had its day. Slim, lightweight devices like the Microsoft Surface Pro or the MacBook are the trend and a return of the clunky desktops is not in sight. Although working with these new mobile devices is practical, users have to accept a drop in performance and comfort as well as ergonomic disadvantages. Modern notebooks have only very few ports. A small screen and a lack of integration into the company network are just some of the restrictions to be overcome.

A USB-C dock can help here. With only one connection, laptops can be upgraded to real desktop devices without losing mobility. But how does a docking station work, which advantages and disadvantages does such a device have and which aspects have to be considered when buying?

Especially small mobile devices such as the XPS 13 from Dell, the Microsoft Surface Pro, the Apple MacBook or similar devices are not suitable for permanent office use due to their size. They are usually powerful enough for most tasks, but typing on the small keyboards can become tedious over time, and the small size of the integrated screens usually lowers work efficiency.

In addition, the notebooks must be integrated into the company intranet or home network, as not every office or home office is equipped with powerful WLAN. Another disadvantage of these devices are their poor connectivity options.

With one or two USB ports, a computer mouse and an external keyboard can be connected, but one of these devices must be removed if the user wants to connect an external hard drive or printer to the end device. By using a USB-C docking station, this problem can be solved quickly, easily and inexpensively.

Most manufacturers optimize their docks for their own laptops and PC systems. For example, the compatibility of the Lenovo dock is only guaranteed for Lenovo devices. However, this mainly concerns functions such as the power button, which sends the laptop into standby mode or wakes it up again, or, as with the HP dock, passing on the IP and MAC address of the connected device.

During testing, we were satisfied with each model in its own way. Depending on the equipment and functionality, we were able to operate several high-resolution monitors and keep the desk more organized. Most docks even work under Linux. Only the HP device could not be tested with our Linux system.

At this point we would like to mention some details that might be decisive for one or the other which USB-C dock to buy: In terms of image quality, we noticed white stripes on the Dell model that occasionally flashed across the monitor. Unfortunately, the Belkin Dock generates a whistling sound during operation that could annoy users with sensitive hearing.

If you want to operate two 4K monitors at the same time, you can only use the HP dock when selecting our tested devices. All others reduce the release to Full-HD as soon as two monitors are connected. 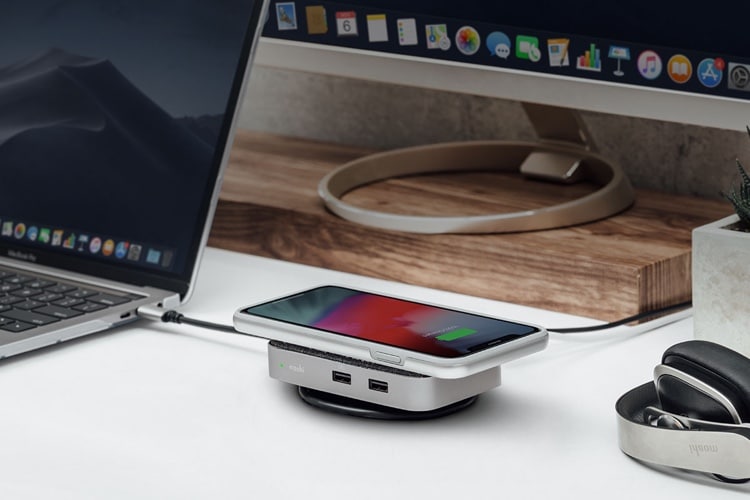 Moshi Symbus Q transforms your laptop into a desktop system equipped with wireless charging. Fitted with Q-coil™ technology, the USB-C hub can wirelessly charge through phone cases up to 5 mm. Qi-certified, Symbus Q supports Apple’s 7.5 W and Samsung’s 9 W fast charging. Not only a wireless charger, so it connects your MacBook or USB-C laptop to an HDMI monitor, wired internet, and USB peripherals such as a keyboard, mouse or external storage. Equipped with the latest generation USB-C chips, the dock supports crystal-clear 4K video output as well as digital surround sound to HDMI-equipped displays, AV receivers, or projectors. It supports fast-charging of your USB-C laptop and features proprietary Smart LED for at-a-glance charging status. In addition to its advanced functionality, this USB-C dock is encased in aluminum. This makes Symbus the ideal USB-C solution to keep your workspace both organized and stylish. 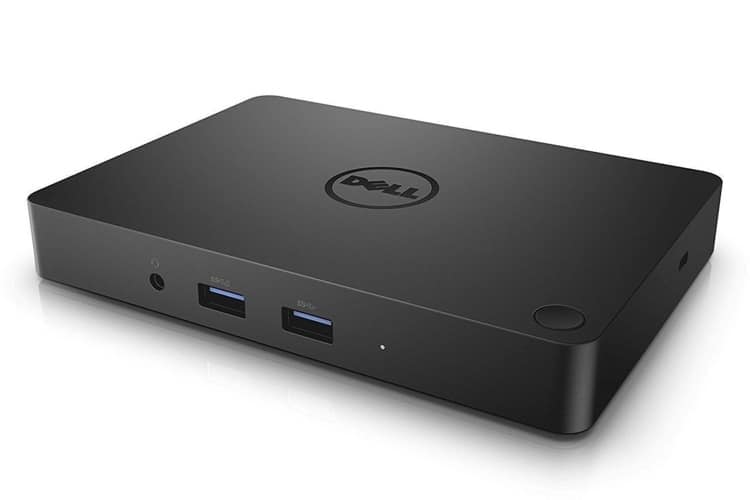 Dell includes a 180-watt power supply with its WD15 and can also supply its own notebooks with more than 100 watts because it has built a proprietary extension. Notebooks of other manufacturers charge with a maximum of 60 watts. In addition, the docking station has two audio outputs with very good quality. 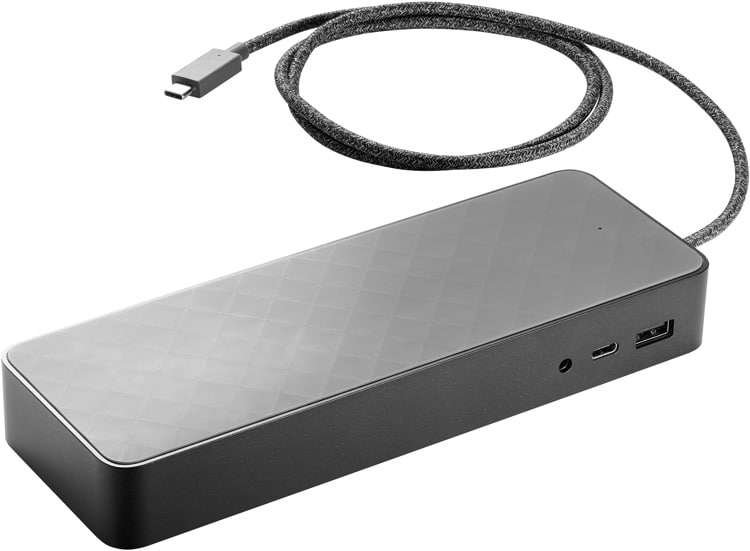 HP’s USB-C dock has a special feature: It contains an additional USB graphics chip from DisplayLink. This allows it to drive 4K screens at 60Hz, unlike any other candidate. Also, there are no problems with more than one external monitor that plagued most of the other third-party docks. 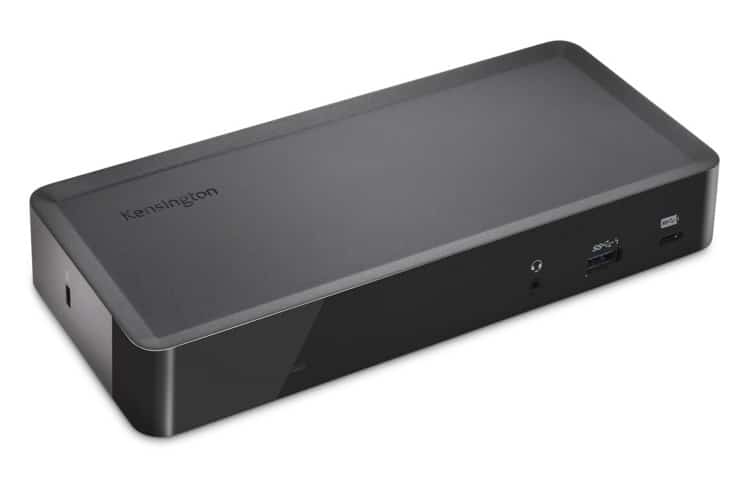 The Kensington USB-C Universal Docking Station is using less than 1 watt when idle, while the others sometimes burn up more than 4 watts. It also comes with a second power supply and is suitable for multi-monitor operation. In terms of price, the device is the most expensive in the test. 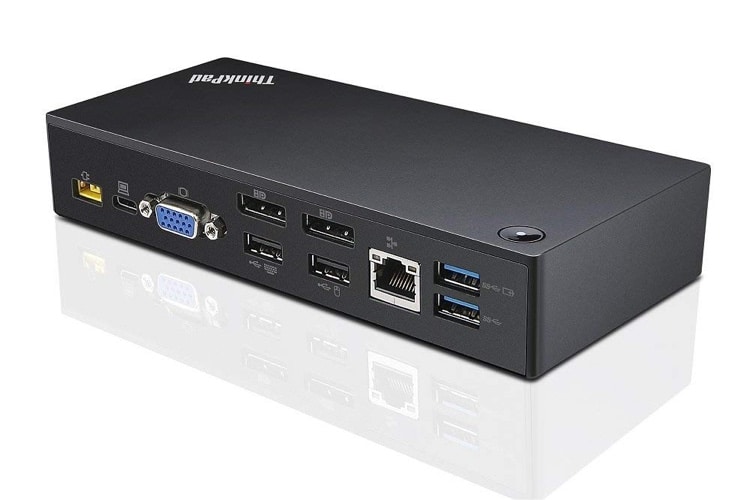 The Lenovo ThinkPad USB-C Dock has buttons that switch the laptops on even when the screen is closed. But this only works with notebooks and docks from the same manufacturer and not even with all of them: The Lenovo dock’s power switch works with the ThinkPad L380, but for instance not with the IdeaPad 720S. 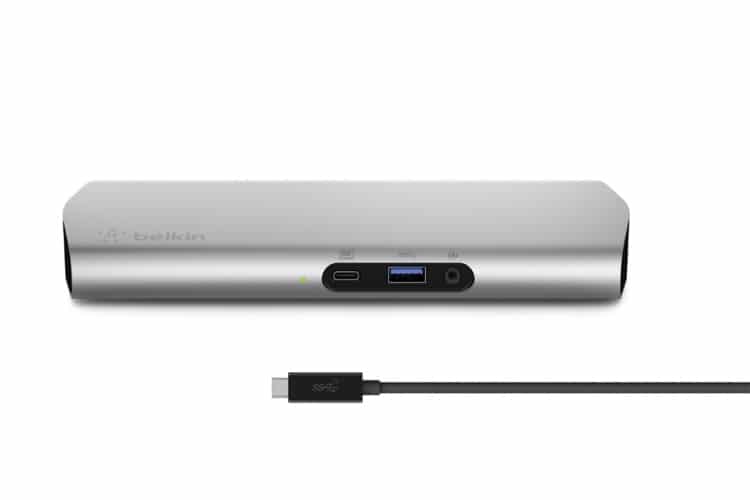 Belkin promises that up to eight devices can be connected to the dock. This is only partly true because one of the devices is the connected laptop itself. The USB-C socket used for this is located on the front. In addition, there is also a USB 3.0 port and a combined microphone/headphone connection.

The use of a USB-C docking station primarily makes sense if the location where you are working is changed frequently, but you always return to your main location in the end. Especially sales representatives, business travelers or students who are on the road a lot can process their recordings and collected data in the company office or home office without having to endure ergonomic restrictions.

In addition, by using a port replicator, they benefit from a fast network and a large number of different ports and slots. In the best case scenario, the mobile device, therefore, has more power and speed and can be used as a true desktop replacement.