Bitcoin and Bitcoin Cash are at opposite ends of the spectrum on the Bitcoin blockchain network. Bitcoin (BTC) is the world’s premier cryptocurrency. Bitcoin Cash (BCH) is a result of the hard fork that resulted after a philosophical debate on Bitcoin’s future. Bitcoin Cash is considered to be the classic variant of Bitcoin, similar to what Satoshi Nakamoto envisioned at inception. The extreme volatility characterizing the cryptocurrency arena in recent days is the result of several Bitcoin futures markets going live. 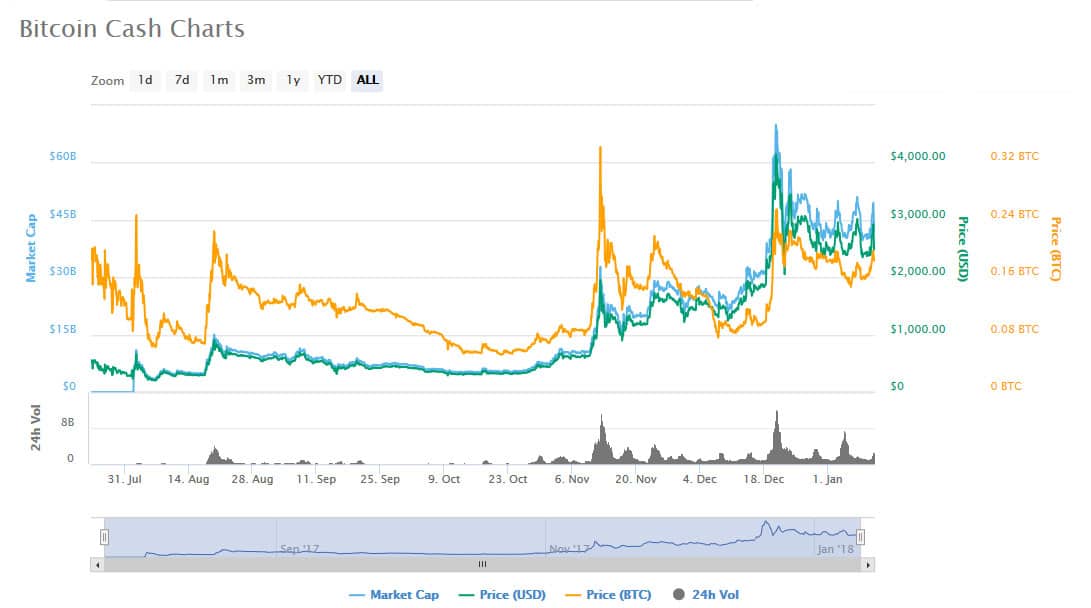 On Sunday, 10 December 2017 at 6 PM, the CBOE (Chicago Board of Exchange) listed the first Bitcoin futures market with institutional traders now able to hedge on the future of the world’s premier cryptocurrency. Nonetheless, trading in both variants of the Bitcoin blockchain continues in earnest, with Bitcoin Cash priced around $1,257.15 (Sunday, December 10, 2017, 5:30 PM). Bitcoin and Bitcoin Cash are characterized by extremely high levels of volatility – irrespective of which fork is being considered. 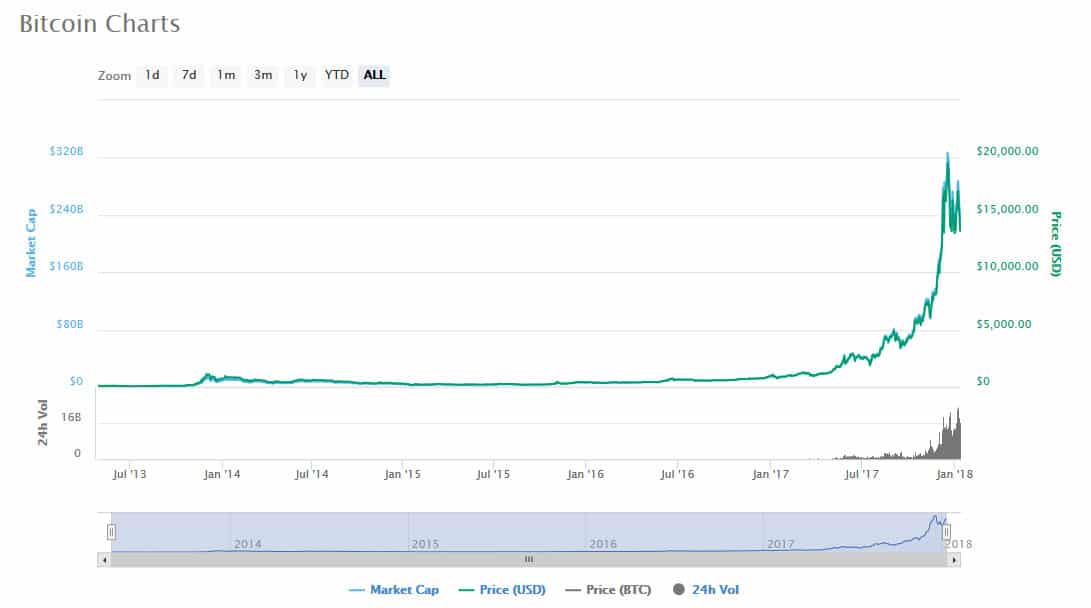 The maximum supply of Bitcoin will be capped at 21 million. The reasons why Bitcoin eventually split into Bitcoin and Bitcoin Cash are related to its scalability. Since Bitcoin runs on the blockchain network, this open-source, decentralized ledger is characterized by slow technology.

Back in July 2017, SegWit2x was adopted. This segregated witness technology requires smaller data amounts to be verified in each Bitcoin block. In November, there was a discussion about increasing the size of the data blocks to 2 MB. This would improve the scalability issue of Bitcoin. Bitcoin Cash, on the other hand, is more about the future of Bitcoin and its scalability issues. These are purists of the cryptocurrency and they do not believe that the SegWit2x technology is an effective means of advancing the issues.

Concerns arose as to the anonymity, transparency, and implementation of this new technology. Bitcoin Cash has a block size of 8 MB, designed to accelerate the verification of transactions, irrespective of the number of miners that support them. Over time, it will become evident whether Bitcoin miners are confident about the future of the cryptocurrency. Provided the Bitcoin network remains decentralized, adopters of this technology will continue supporting it.

Is One Better than the Other?

Bitcoin Cash touts itself as the best money in the world. It is based on the original promise of Bitcoin technology as P2P electronic cash. From block 478558, all people who own Bitcoin are also owners of Bitcoin Cash. Some of the many features of Bitcoin Cash include decentralized development, new transaction signatures, and on chain, scalability increased to 8 MB. Bitcoin Cash differs markedly from Bitcoin in that it represents a hard fork in the Bitcoin blockchain ledger. As from August 1, 2017, holders of Bitcoin also own Bitcoin cash. The original Bitcoin – the legacy Bitcoin code – had a limit of 1 MB per day to block. This speed was approximately 3 transactions per second.

Unfortunately, the Bitcoin community could not come to a consensus on how to increase the speed of operations vis-à-vis scalability. At just 1 MB block size, the fees for Bitcoin started to rise exponentially, with users getting the transactions confirmed several days later. Bitcoin Cash acts as an alternative to traditional Bitcoin by making it easier to transact. Since more people can process more transactions more quickly, the low fees and rapid processing of Bitcoin Cash are a boon to adopters of this cryptocurrency. Significant philosophical differences between Bitcoin adopters and Bitcoin Cash adopters led to the hard fork, and the inefficiency of the segregated witness substitutes would not assist with the current scalability problems.

Plenty of Variety in the Bitcoin Blockchain Network

Bitcoin Cash is not managed by a single development team – there are multiple teams focused on this decentralized software. It is considered an exciting alternative to the traditional Bitcoin technology, and it is already being adopted by a large number of traders and investors around the world. In any event, traders and investors are no longer confined to just one option. Bitcoin and Bitcoin Cash provide plenty of flexibility for those interested in participating in the Bitcoin blockchain network.