One of the top concerns across the globe is the impending trouble associated with climate change in the future. Pew Research found that a global median of 54% of citizens around the world believe climate change to be a “very serious problem.” Even in the United States, where the topic has fallen victim to stark political polarization, younger generations are taking concerns far more seriously than previous ones. An estimated 70% of Americans between the ages of 18-34 worry about global climate change, compared to 62% of those 35-54 and 56% for those who are 55 or older.

Now that global concern is on the rise, governments are taking notice and looking for solutions to combat irreparable damage. Sustainable energy continues to be a top contender in the ongoing debate and is favored by many citizens. So much so, in fact, that a YouGov poll conducted in the United Kingdom found that nearly 9 in 10 people want to see their government increase the use of clean domestic energy and reduce their reliance on imported gas. However, even with a focus on sustainable energy looking forward, questions remain about how to implement strong, reliable systems that will benefit not just the environment, but the people living there as well. Is blockchain the answer government officials are looking for?

Though there are already countless uses for the emerging field of blockchain technology, perhaps none is more well known than decentralization. As is already the case with so many blockchain-based projects right now, the emerging technology inherently places an emphasis on decentralizing systems; but what does that mean for governments? 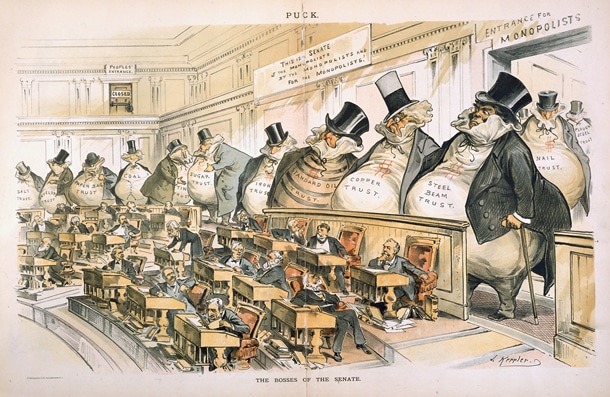 “The Bosses of the Senate,” Joseph Keppler courtesy Wikimedia

As more governments look to new renewable energy sources to fulfill the needs of everyone, they’ll also be looking at constructing new infrastructure to reach those goals. Unlike the current model in many areas that includes high centralization, blockchain technology can be the tool governments need to properly implement more efficient, decentralized sustainable energy initiatives. Out with the old, in with the new.

Due to the decentralized nature of blockchain technology, and the distributed systems it can support, government officials everywhere can look to it as a solution against large power companies holding de facto monopolies in areas. Duke Energy, operating in North Carolina in the US, for example, holds a market share of roughly 95% in the state. That’s one single company controlling the power needs of nearly the entire state. However, if we consider blockchain alternatives, there’s a much different story.

To give an example, let’s look to a project backed by the non-profit AI Grid Foundation, called the Eloncity Model. The model is offering a blockchain-based solution for the renewable energy sector that communities can—and already are—implementing as a sustainable answer for the future. The model focuses on decentralizing power infrastructure to take control out of the hands of a small group of corporations and put it into the hands of the people consuming it. 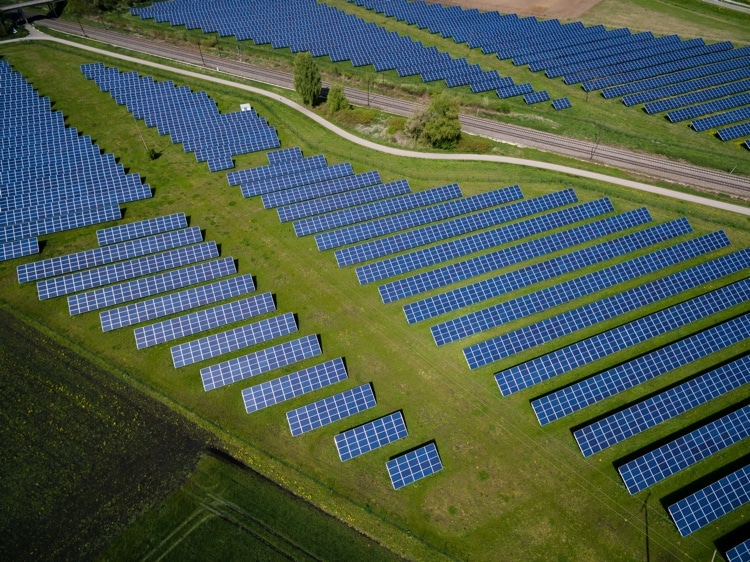 Rather than have an energy dependent on one large supplier, the model includes self-sufficient microgrids. Consumers generate, store, and use energy in the microgrids from their own locally produced renewable energy and can trade excess energy to others. Because everything is blockchain-based, not only are the microgrids running in a non-centralized manner, but everyone in the grid can see transactions in the ledger, creating open and transparent pricing for all. The World Economic Forum has even recognized blockchain technology’s positive impact and place in the energy sector, noting that:

“By letting go of intermediaries, blockchain transactions lower costs, speed up processes and result in greater flexibility throughout the entire system. It leads the way to a systemically more efficient, flexible and decentralized energy system.”

The AI Grid Foundation aren’t the only ones taking advantage of the new technology either. In Brooklyn, another blockchain-based startup is furthering the movement for sustainable energy microgrids too. Powered by Exergy from LO3 Energy, the Brooklyn Microgrid is taking the same decentralized approach and implementing it in an urban environment. The goal is to develop a connected network of distributed energy resources to improve electrical grid resiliency and efficiency.

In addition, projects like Eloncity and the Brooklyn Microgrid are also working on achieving financial incentives for both individuals and businesses to switch to more sustainable sources of energy. More efficient blockchain models offer far more cost-effective energy systems compared to traditional grids that consumers and businesses alike will to take notice of quickly. These types of blockchain-based initiatives in communities across the globe are a perfect resource for governments that want to reach sustainable energy goals. Regardless of how people feel about so-called “green energy,” people across the political spectrum start noticing when their wallets are affected.

A Solution for Governments

At the end of the day, regardless of where a community is, blockchain-based alternatives for the energy sector show great promise for the future. Not only are they already being implemented in communities across the globe, but they offer government bodies an innovative solution for mitigating energy crises around the world.

Unlike other methods of ushering in accessible sustainable energy, blockchain models offer resilient systems that prevent the monopolization of power, minimize the amount of intervention needed by governing bodies, and increase the overall efficiency for all parties involved. The end result is a system that’s beneficial for everyone and better for the environment. Blockchain may just be the answer governments everywhere are looking for; it’s time for more to recognize it.