Bloom decentralizes credit scoring. Bloom is a protocol and blockchain-powered platform for assessing credit risk through the process of identity verification as well as enabling access to credit staking.

In layman’s terms, Bloom is a global decentralized credit scoring system available to anyone – even the unbanked and underbanked. Bloom’s flexible ecosystem will allow users to have access to credit services which work globally and are extremely secure and transparent thanks to the blockchain’s inherent features.

Bloom aims to solve several key problems in the credit rating system which are:

We recently sat down with Jesse Leimgruber, the co-founder of Bloom to have a chat with him about the project as well as finding out his thoughts and insights.

Hi, Jesse. Thanks for joining us today. Can you tell us more about yourself and Bloom?

Bloom creates a new global system for credit. Bloom is founded by Ryan Faber, John Backus, myself and Alain Meier. I met John and Alain at Stanford. They were working on crypto projects when they both served as founding research scientists for the Stanford Bitcoin Group. Back in 2013, Blockchain companies were just getting off the ground and faced significant issues with compliance and identity. They built Cognito to solve this. Four years later, Cognito now powers compliance and KYC services for a number of US-based crypto exchanges.
Before Stanford, I bootstrapped two businesses to over a million dollars in revenue when I was in high school and launched an enterprise analytics startup at Stanford, serving brands like Walmart, Microsoft, and Amazon. This is how I met Ryan. Ryan managed over $100m in brand growth spend and the two coordinated on analytics and growth avenues for clients. We’re working with a number of our close friends and advisors from Stanford, Daniel Maren, Shannon Wu, Devon Zuegel. We’re also working with Joey Krug (founder of Augur), Luis Cuende (Founder of Aragon), Meg Nakumura (founder of Shift Payments) and Joe Urgo (founder of District0x) 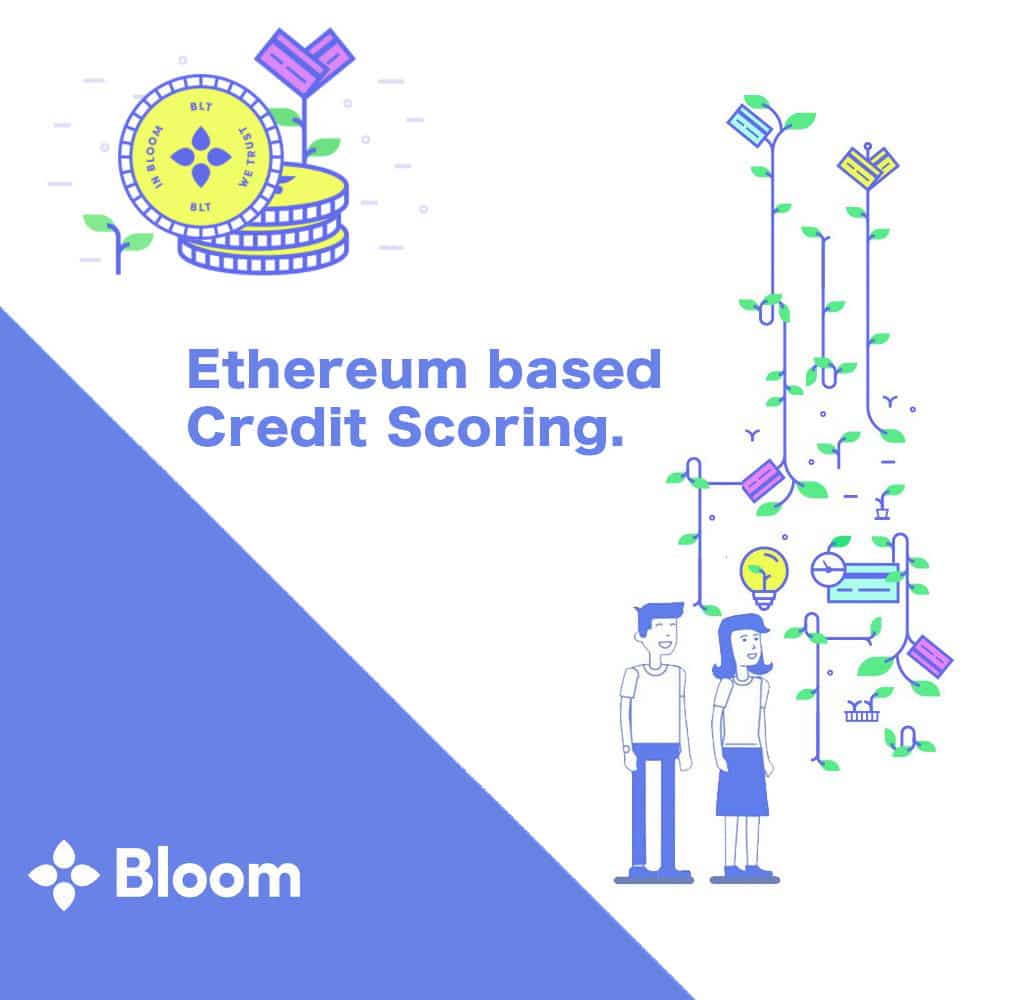 First off, why did you decide to use the blockchain in building Bloom? What was your thought process behind it?

People shouldn’t be forced to rebuild credit from scratch when they move to a new country. Billions of people around the globe are still considered “credit unscorable”

People shouldn’t be forced to rebuild credit from scratch when they move to a new country. Billions of people around the globe are still considered “credit unscorable,” forcing them into taking out dangerous, informal loans.
To make matters even worse, many governments generate credit scores based on religion, political affiliation, and voting status, instead of data. Even in the United States, 45 Million Americans (including many financially savvy millennials) still do not have a credit score. This often restricts them from owning a home or starting a business. Blockchain offers a real, practical solution to this by making credit decentralized, global and secure.

Tell us about how you came up with the idea of Bloom. Did you face a problem within the financial services industry or do you think there is a gap in the market for Bloom to fill?

The current financial system is not fair. It’s especially unfair to millennials, immigrants, and people new to credit. Millennials are shying away from credit. They aren’t taking out credit cards, many don’t understand how the credit system works, and an entire generation faces a scoring hurdle. Banks aren’t able to issue loans to millennials for mortgages if they don’t have a score. Many aren’t able to build up enough credit to open a business as an increasing percentage have a “thin” credit profile.
It took me four applications and over a year to get approved for my first $500 credit card. 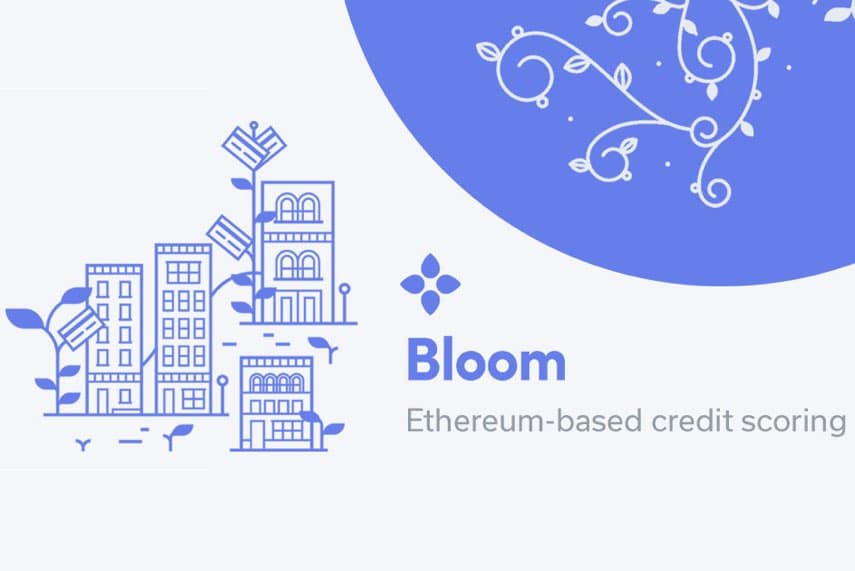 Credit scoring is an essential part of today’s financing process but there’s a huge flaw within the industry that’s been occurring for a very long time. For context, the credit scoring process is monopolized by FICO, an institution that provides credit scoring for almost every lender in the United States.

What do you think is the biggest problem Bloom will solve and why is the problem important to solve?

There are a few problems, but if I had to pick one, it’s access to credit. 3 Billion people cannot access credit, largely due to artificial restrictions from governments. Credit is the gateway to a better future.

An interesting aspect of the Bloom platform is the use of IPFS.

What do you think are the advantages of IPFS and where do you see the trend moving in the future? IPFS is a protocol that is designed to create a permanent and decentralized method of storing and sharing files. This is critical to ensure that our system stays free from external influence.

Tell us more about how BloomID works behind the scenes. The most interesting part about is the vouching process; how does this work and how does Bloom ensure that vouches are not manipulated or faked in any way?

BloomID is the Bloom protocol’s method of both establishing a reliable identity as well as forming the basis of creditworthiness for users who are newly entering the Bloom network. BloomID allows organizations who store information about individual identities to attest to the identity of a Bloom user and mark that information on the blockchain for future re-use. A user’s friends, family, and peers can help an individual bootstrap creditworthiness by vouching for their ability to act responsibly with credit. This is like a reference, similar to co-signing.

What is the reasoning behind Bloom’s invitation system for users?

Bloom’s vision of creating a global ecosystem will only be achieved with large-scale community support. Bloom isn’t controlled by one government, one state, one bank, or one company, it’s controlled by everyone. Inviting users to participate early in the network is the easiest way to achieve this vision.

There is so much information available today that isn’t included. Utility bills, cell phone payments, insurance data… there is a wealth of information that can be accessed to paint a more accurate credit system. Bloom, as a protocol, is able to tap into this information.

What has been your happiest moment so far working on Bloom? On the flipside, what has been the most painful, or perhaps the most regretful decision you’ve made with Bloom?

We’ve seen immense community support. When we passed 50,000 people in our community, it was a pretty monumental moment to see so many people supporting our mission. We’re pretty new, so I, fortunately, haven’t had to deal with anything too painful just yet. 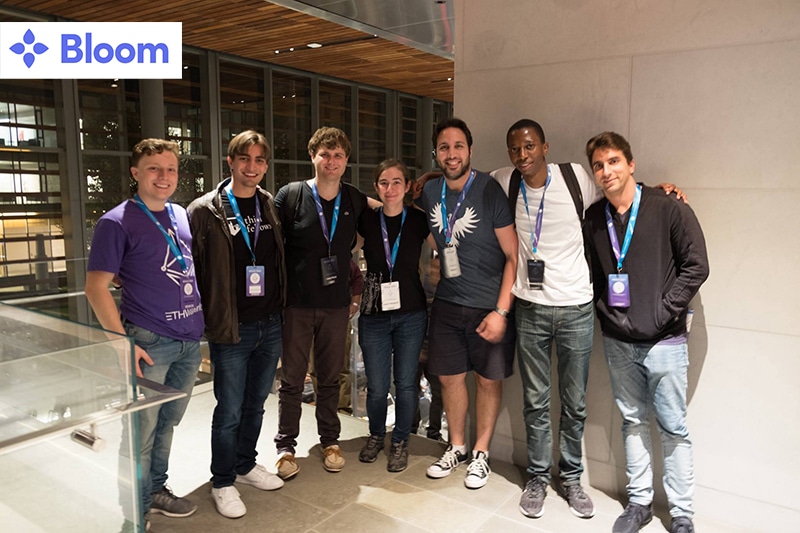 Is Bloom already working with notable businesses or firms? Are there any future partnerships in process? If yes, can you explain briefly about it?

We’ve been in touch with 100’s of lenders and partners. We’ve announced quite a few. Peer to peer lending, traditional fiat businesses, crypto lenders… we’re working with people on the whole spectrum.

For example: Self Lender is a credit building lender we are working with, Everex, Lendoit, and ETHLend are crypto lenders. We’re working with partners for anti-fraud such as TypingID, TypingID is a user verification system that identifies users based on mobile typing behaviors. We’ve even got partners outside of lending. Credit scores have uses far beyond lending. Gems is a decentralized application for micro-tasks and is using Bloom to prevent Sybil attacks and ensure a high-quality user base.

Tell me more about the process of designing the BLT token. Were there any moments along the way that caught you off guard or surprised you?

The Bloom token is a critical piece of the network. In lending, prevention of Sybil attacks is one of the primary reasons that decentralized lending and credit scoring hasn’t been built. When we realized that tying the token to security of the network, we were definitely caught off guard (in a good way). We also use the token for governance. Bloom isn’t controlled by a government or monopoly. This is new to the entire ecosystem so it’s going to be interesting to watch the network progress through decentralized governance.

What do you think is the biggest challenge or obstacle Bloom will face? How do you plan to tackle that challenge?

Bloom is a big mission. We’re aiming to create a global credit score. As a result, Bloom will face challenges entering more than 180 different markets, each with their own cultures, regulations, businesses, existing players… International expansion is something we plan on tackling very early but is going to be a big problem. This is one of the reasons the Bloom network is critical to us.

I’m always working. Since high school, I can’t think of a day where I wasn’t doing something business related. I do try to get at least 7 hours of sleep per night though, I think it’s critical for high productivity.

I think we’ve yet to realize the potential of what blockchain-based applications can achieve. While there will be immediate uses of Bloom and other dApps, Bloom is a 30-year vision for us. It very well could take that long to truly replace the traditional systems of the world. I think we’ll see the biggest impact from blockchain in 50-100 years.

That concludes our Interview with Jesse Leimgruber