Fans are what make professional sports. Players can play, but without anyone to watch, they play for no one but themselves. However, despite the necessary role fans play, they have been reduced to mere spectators. Sure, they can cheer, buy merchandise, and Tweet to their favorite athletes, but they’re not included in the real action or decision making.

Technology, though, has the ability to revolutionize the sports entertainment industry. A company named TOK.tv has already amassed 29 million users and is changing the way they watch games by directly connecting them with brands and teams. TOK.tv is also prepared to implement blockchain technology in its regular functions, creating an entirely new fan-driven and monetized sports experience.

The future of sports viewing 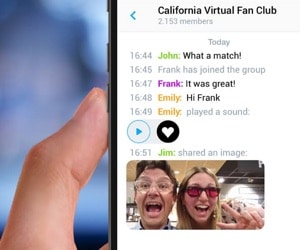 Researchers from Performance Communications published an in-depth paper titled “The Future of the Sports Fan.” The document notes that as technology advances, it enables sports fans to become 24/7 participants:

“Live sports have become almost ‘unmissable.’ In the world of on-demand viewing and catch-up television, everything can be time-shifted but sport. In genres like drama, around 30 percent of content is now time-shifted. With sports, it’s less than seven percent. It’s almost entirely watched live. Fans aren’t time-shifting, they’re place-shifting.

“The result is that fans are mobile. In 2010, around 18 percent of searches around big sporting events were from smartphones. In 2014, this figure hit 63 percent. ESPN is already seeing two-thirds of its audience visit exclusively through mobile. Globally, a third of Internet use is now mobile. So it’s unsurprising that telcos and Internet giants are investing in sports content and delivery.”

TOK.tv is one of the new forms of sports delivery and content Performance Communications refers to. With its platform, users can watch games in real time, or they can watch old ones the way Netflix lets users view previously aired episodes of fictional TV. Like fiction, watching sports also carry the potential for “spoilers,” which is perhaps why most people prefer to watch live. However, TOK.tv’s platform encourages users to revisit matches with its replay feature, enabling viewers to scrutinize their favorite individual moments of each game with ease.

TOK.tv also functions as a social network. Part of the fun of watching sports is sharing the excitement with friends and family, so TOK.tv allows users to communicate with their peers, even if they are halfway around the world (which is also beneficial for some friendly wagers).

Putting the experience in fans’ hands 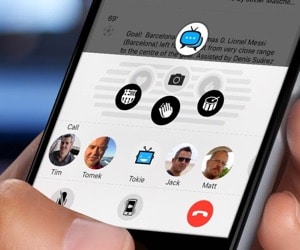 Through blockchain technology, TOK.tv is also able to monetize the sports experience. The platform will utilize a kind of cryptocurrency called TOK Tokens, uniquely valuable to its users. This process may sound complicated, but blockchain creates a public and transparent ledger that chronicles transaction histories, so all exchanges are secure and verifiable.

TOK Tokens create a specialized digital economy. To acquire them, participants can place bets against their friends, win digital auctions, answer questionnaires, and more. The ways they can then spend Tokens are almost limitless: buying merchandise, attending virtual celebrity chat rooms, collecting digital cards of favorite players, making micropayments to watch particular games (rather than paying a hefty fee for a channel subscription), and the list goes on.

Monetization means that users are actually incentivized to engage with sports (for reasons other than the joy of it, of course). The current sports industry infrastructure places a barrier between fans and teams, but TOK.tv gives both parties control over their relationship, enabling more efficient communication on both ends.

It’s beneficial for teams and advertisers

Traditional television advertising methods are insufficient. Advertisers are losing faith in the outlet because they cannot accurately measure potential ROI. Who is visiting their websites when they see an ad on TV? What kind of person clicks on their ads when they appear in team apps? Even if it’s difficult to manage, there is still a significant amount of money to be made in sports, so teams and companies are powering through the hassles.

“Internet giants [will] start investing heavily in sports. With the rise in mobile sports consumption, is it any surprise that the Premier League’s rebrand is based around a mobile app icon? In the search for new revenue streams, large Internet and telco players will invest more heavily in rights. Vodafone has 4GSPort and BT has BT Sport, while Yahoo, Amazon, Snapchat, and Facebook are all exploring sports rights.”

TOK.tv is beating them to the chase, though. Thanks to blockchain, the platform already has a detailed idea of what its users like, so it helps marketers target relevant demographics (ensuring that their advertisements are seen). Blockchain also removes the need for intermediaries, which saves rights-holders money from third-party managing rights.

Live streaming is the future of sports viewing. Combined with blockchain technology, the experience can be taken to an entirely new level: monetized, transparent, and connected on a worldwide basis.