Digital advertising continues to be a growth industry. In fact, 2017 was the first year that digital ads finally beat TV spending – and the sky if not the pie is still expanding. Digital ad spending reached $209 billion worldwide and 41% of the market.

But that is just the start of it. Industry experts like Magna expect digital ad spending to grow another 13% in 2018 alone. That includes both the overall growth of the market and special one-off events expected to boost digital sales that include the Olympics and U.S. mid-term elections.

By 2020, the digital advertising market is expected to account for 50% of all global ad spending.

However, along with the explosion in opportunities has come a growth in fraud. A study by industry group GroupM says ad fraud could cost businesses as much as 20% of all ad spend – or about $16.4 billion in 2017 alone. Finding solutions for that problem, obviously, are a high priority.

Integrating blockchain-based accountability into the industry vertical is one way to begin addressing the problem in a systematic, understandable, if not already widely-accepted way. Blockchain-based accountability is already a standard feature of blockchain-based financial services, along with tagging and tracking digital assets. Now one company with a proven team and track record in the advertising industry and ad-tech is introducing their solution to this problem – and allows advertisers to track spending and display across formats, social media channels and even virtual reality for the first time.

ClearCoin’s solution to the problem of fraud is to create a global advertising platform based on blockchain technology. The exchange will connect advertisers and publishers and track all exchanges via a proof-of-history ledger enabled by its own system cryptocurrency token, which itself is based on an Ethereum utility coin (ERC-20).

The team is also working with the Linux Foundation’s Hyperledger project to track ad impressions.

ClearCoin’s global advertising exchange will serve key ad formats including mobile, video, native, social, content and search. The proof of history ledger created by the blockchain is designed to help advertisers and publishers better determine performance, authenticity, and results of advertising campaigns across networks that are, with the exception of Google and Facebook, becoming increasingly fragmented. As a result, it will also help advertisers fight a growing problem with fraud throughout the digital advertising industry.

The team behind ClearCoin is experienced in building advertising technology. Major clients in the past have included household names. The team has also closed millions in venture capital from major firms to build other kinds of advertising platforms.

How does the ClearCoin System work?

The ClearCoin system is composed of five elements:

Blockchain media buys – Any media buy by ClearCoin will be tracked by the company’s proof-of-history ledger tracking technology. The company can take on managed services media buys for customers who hold over 5 million CLR, the company’s system token. By mid-2018, the platform will allow holders of any amount of CLR to use the ad platform for the execution of ad buys.

Demand API for partners – The ClearCoin Demand API is designed to help partners on the network access ad inventory available to them via the network. In this way, the ClearCoin network can work with many different types of demand partners in ways that can also help them increase the transparency and effectiveness of their campaigns.

Blockchain Ad protocol – The ClearCoin blockchain Ad Protocol is designed to track advertising impressions via the tamperproof blockchain ledger. By convincing advertising companies to use this ledger, they can help combat fraud and inaccuracies. The ledger also gives much greater transparency to all kinds of tracking that advertising companies need delivering. The protocol includes smart contracts between publishers and advertisers, including campaign duration, impressions, views and other metrics.

Proof-of-history ledger – The tracking technology developed by ClearCoin will set the standard for the industry for years to come. The ledger will be used to record impressions that it has access to and use encrypted data to protect the privacy of users.

Features of the ClearCoin Platform

The experienced team behind ClearCoin has created an attractive platform built for professionals in the multibillion-dollar annual digital advertising market. These include:

Intellectual Property – ClearCoin is securing patents on the revolutionary technologies it is now funding to implement.

Over 2,000 registrations so far – The ongoing utility token sale is already being used by customers – who are advertisers who run campaigns on the existing platform.

High Profile – ClearCoin is one of the highest rated projects on ICOBench, featured in the media (including Yahoo Finance and Canada’s Business News Network. 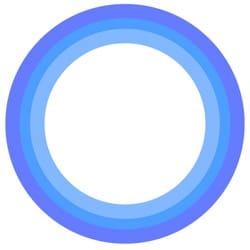 Here are the details of the upcoming ClearCoin token sale: