We’ve all seen our fair share of futuristic gadgets and concepts in the past few years, but none is as promising and intriguing as Duo, the mirror computer.

Duo: A Computer in a Mirror Click To Tweet If you ever thought it would be cool to be able to control your home using voice commands as soon as you’ve walked through the front door, just like Batman does with its Batcomputer, then you’ll be as excited as everyone else at the thought of Duo. Simply uploaded on the Internet without any fanfares, Duo is a mirror with touchscreen and voice recognizing capabilities that is able to respond to all your enquiries and requests, whenever you make them.
Impressive Specs For A Mirror 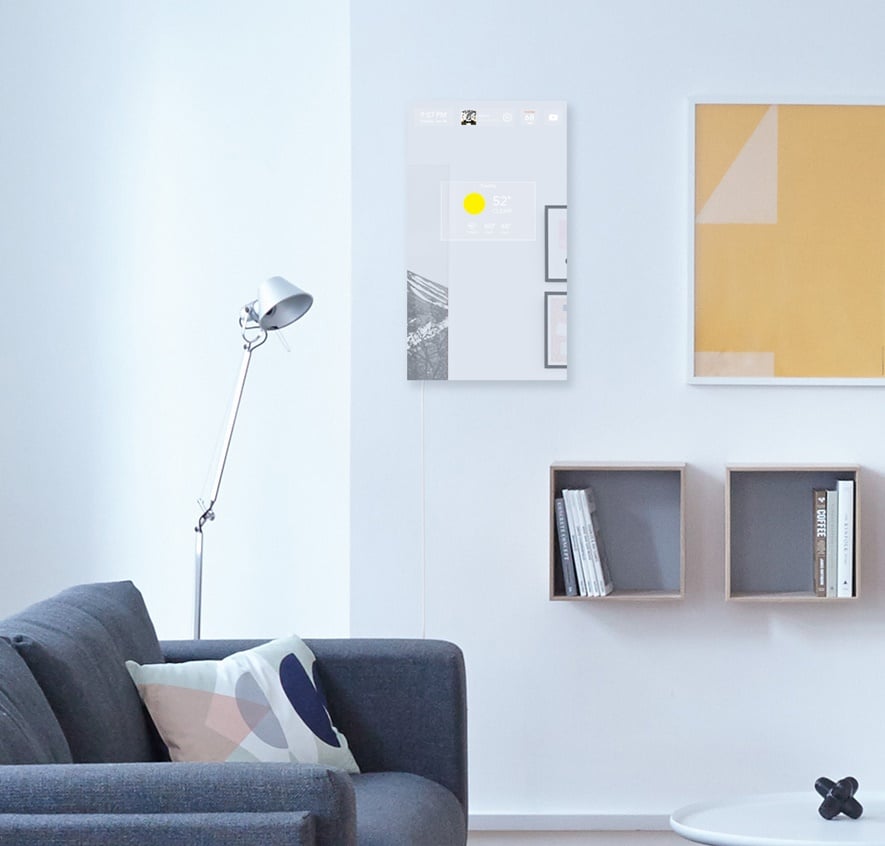 First of all, the mirror has a 27-inch 1080p touchscreen that has a five-point multi-touch technology. It puts this in use through the Applet Bar, which is pretty much a taskbar that contains all the downloaded apps located in the upper part of the screen. Previews of those apps are available while minimized, and users can simply pull the apps down in order to open them. According to the official website, Duo only weighs approximately 8 pounds, while the separate computer box, which is really tiny, weighs one pound.

The reflective surface is actually a 0.25” two-way mirror, coated with anti-fingerprint treatment, while the backside is currently made of ABS plastic, but this is subject to change until the official release. Duo will also come with a built-in microphone and speaker, Wi-Fi and Bluetooth capability, a Duo Core chip onboard and several native apps such as Duo Music, Duo News, and Duo App Store.

Many may think that the idea is not that creative or futuristic, as, at its base, Duo is simply a large tablet with a really well-developed virtual assistant. If we’re completely sincere, that’s not extremely far from the truth, but it’s not the specs that matter.

As shown in the tech demo video and the presentation video, Duo is capable of a wide range of responses and actions, such as turning off the lights in your house, showing you whoever’s at the door through the intercom, controlling temperature, showing you online tutorials, which restaurant’s closest to you and many other things. These were just a few features showcased in the videos, but we can think of various other possible interactions that would make the Duo a life-changer. 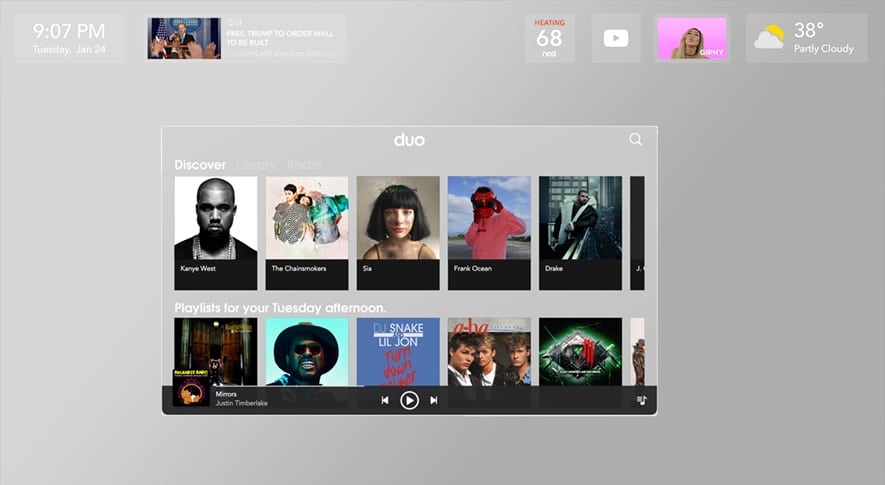 Duo is simply a large tablet with a really well-developed virtual assistant.

The best thing about Duo is the fact that it will rely on third-party developers to create more apps, which will lead to more available actions from the virtual assistant it offers. People who plan to develop for the Duo are able to apply for an SDK version of Duo and HomeOS from the official website, which they should receive access to in June if they are selected. They will also be able to integrate various APIs into Home OS and the virtual assistant, as the tech demo showed with its examples of Spotify, GIPHY, Instagram, and YouTube being integrated and available for voice control.
Albert And More

Albert, the virtual assistant offered by Duo is certainly not an original idea, it’s widely improved here, as users will be able to customize every single detail about their assistants, from the name, accent, and voice to the sarcasm levels due to the “Personality Packs” feature. As shown in the concept video, users will be able to save and access multiple personality packs, making it possible for every person in a household to have its own, personal assistant.

The first 1000 units sold will only cost $399, after which the retail price will be $500. According to the official website, the first batch of pre-orders is expected to be shipped in October 2017, so if you want your Duo as fast and cheap as possible, it’s recommended that you sign up for their newsletter.

Whether Duo will actually take off and become a household gadget or it will remain undiscovered, in the obscure, it’s worth keeping an eye out for the future of this futuristic gadget.