Dusk Foundation, the not-for-profit blockchain research organization, is announcing the launch of Dusk Network, its decentralized infrastructure and communication network that secures anonymous data sharing among peers. Dusk Network provides users with an unsurveilled platform that aims to promote freedom of self-expression and accelerate information pluralism with a cryptocurrency centered around privacy. Additionally, the Dusk Network aims to be the first platform that meets the confidentiality and compliance requirements for launching Securitized Token Offerings.

Several nations around the globe heavily restrict their citizens’ access to the internet, censoring informative content and sensitive data. These nations’ governments have blocked critical information regarding specific diseases, human rights violations, and religious affiliations that don’t align with their own ideals. These countries have made searching the web inaccessible, impeding on their population’s right to cultural heritage and freedom of speech. Dusk Foundation provides a surveillance-free solution to blocked communication and data transmission with its network that keeps users anonymous, and offers an encrypted space for information to be traded and accessed privately.

The Dusk Network is designed to offer users a surveillance-free infrastructure that allows them to communicate freely while concealing their identities. The infrastructure aims to enhance freedom of speech by means of a transmission platform that guarantees the uncontrolled and private exchange of information through all forms of communication – picture, video, and text. 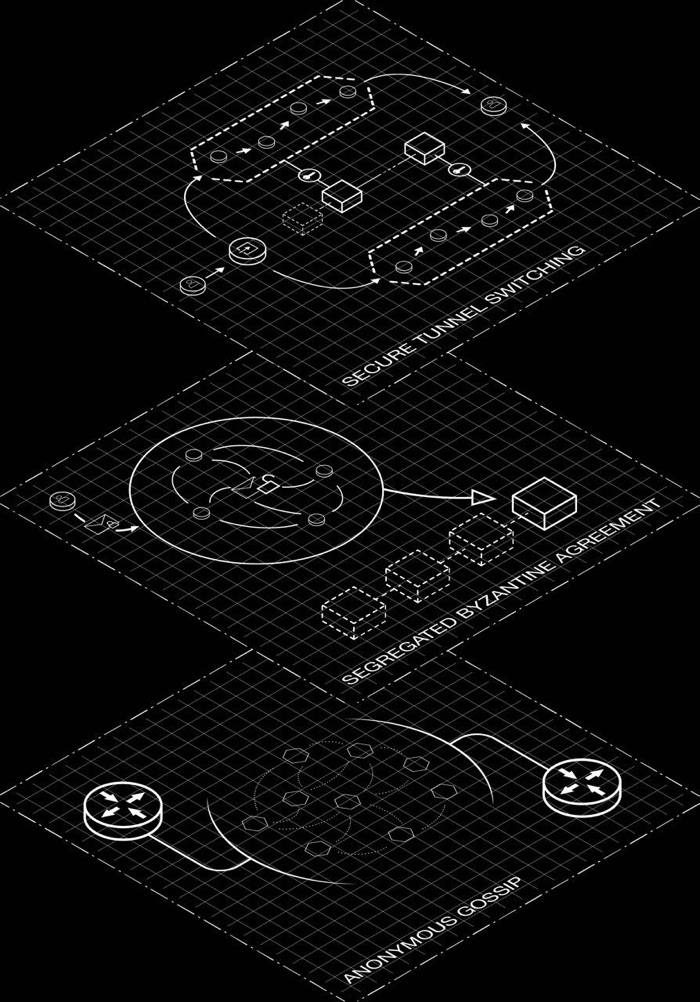 Dusk Network implements a real-time payment channel that enables undetectable and fast peer-to-peer data communication. The data transmission is paid for between peers using the network’s blockchain-based digital cash: DUSK. The use of DUSK digital cash makes Dusk Network the first decentralized, anonymous platform that performs low-latency and bidirectional streaming of data through a privacy-oriented cryptocurrency.

The Dusk Network enables secure data transfer, while allowing payments for time-unbound communications using cryptocurrencies. This enables the anonymization and decentralization of use cases such as media-on-demand services, audio and video conferencing, as well as file transfer and, notably, the compliant issuance of security tokens. The network also operates as a communication channel for IoT and mission-critical applications.

“At Dusk Foundation, our goal was to conceive an unstoppable network infrastructure that makes a difference in not just the crypto space, but to the entire world and the way in which they transmit data and communicate,” says Emanuele Francioni, Project and Tech Lead of Dusk Foundation. “We’ve created an infrastructure where streaming, microtransactions, and communication are all possible while managing to conceal users identities as they interact, exchange information, and execute transactions using DUSK digital cash.”

The Dusk Foundation is a not-for-profit that governs the fundraising and realization of the Dusk Network. Its main task is to advance the research and development of the unrestricted, unsurveilled and fully distributed blockchain-based Dusk Network, while promoting the utilization and diffusion of its digital cash, DUSK. The objective of the Dusk Foundation is to advance the sustainability of a truly decentralized ecosystem, conceived to protect the right to privacy, which is an existential prerequisite for confidential business activities, state security, human and business relationships, and ultimately, personal freedom.