The general cryptocurrency market is shaping out to be a bag of mixed feelings for traders and investors in 2018. For the most part, there’s an undeniable increase in the level of mass-market adoption and Wall Street’s acceptance of cryptocurrencies. Nonetheless, the cryptocurrency market seems to be on a predominantly downward trend. In the year-to-date period, Bitcoin has lost about 30% and many altcoins have recorded similar losses.

However, amid the gloomy despair of downtrend in cryptocurrencies, EOS is standing out as a ray of hope in the industry. In the year-to-date period, the price of EOS has soared by an incredible 89.73% from an $8.77 trading price on January 1 to the current $16.64 trading price. This piece reviews how some of the key fundamental features of EOS might be the reason behind the bullish tailwinds that the coin is enjoying in the market.

A token or cryptocurrency is only as good as its founding team, it’s developer community and its network of users. One of the key factors behind the bullish performance of EOS is that it is founded by a team of credible achievers. The EOS founding team is led by Dan Larimer’s Block.one. Dan Larimer is an experienced cryptocurrency visionary who created Steem and Bitshares. Hence, investors are counting on the wisdom, expertise, and experience of Dan Larimer to propel EOS to sustainable success – EOS is not just another random ICO project.

Ethereum is second largest cryptocurrency by market cap behind Bitcoin, and EOS currently occupies the fifth position behind Bitcoin Cash and Ripple. However, of the reasons EOS has been surging in the cryptocurrency market is that many blockchain enthusiasts believe that EOS could displace Ethereum as the go-to platform for enterprise-grade blockchain.

Interestingly, the price of Ethereum has declined 10.25% in the year-to-date period while the price of EOS is up more than 89% within the same period. To start with, EOS has a better consensus mechanism and governance than Ethereum. EOS uses a delegated Proof of Stake consensus whereas Ethereum relies on a Proof of Work consensus. Interestingly, Ethereum is reportedly working on creating a Proof-of-work/Proof-of-stake hybrid; however, such a hybrid can trigger more complications on the blockchain. 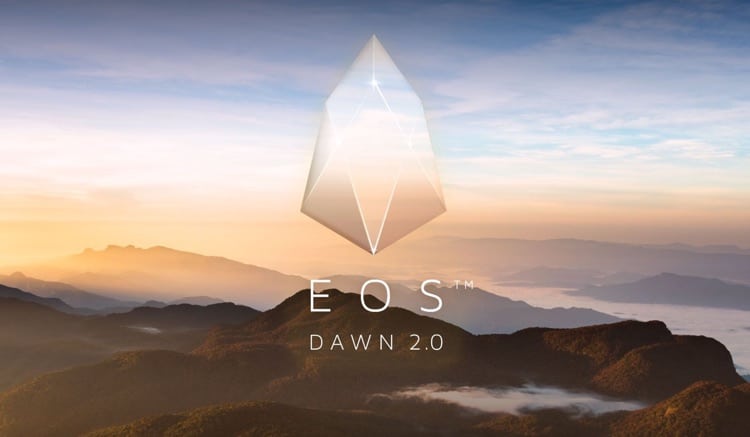 Blockchain technology is a disruptive force but EOS is gearing up to bring another layer of disruption into cryptocurrency industry. For one, EOS is pushing the idea of horizontal scalability on its platform – horizontal scalability ensures that you can run parallel transactions to increase the efficiency of the blockchain.  EOS is also promoting the idea that Smart Contracts don’t have to be set in stone and that they should be editable if both parties agree to make changes. In addition, EOS comes to the table with zero transaction fees on the exchange of value on its blockchain.

What does the future hold for EOS?

An objective review of the cryptocurrency market suggests that the rally in EOS is stemmed in solid fundamentals. For one, the 89% rally in the trading price of EOS is accompanied by a massive 556% increase in trading volumes; hence, it is becoming obvious that the rally is being driven by a strong demand.

Interestingly, critics have been quick to note that the rally in EOS was a function of a surge in market interest ahead of its eosDAC airdrop slated for April 15. However, May is already starting out and the rally in EOS hasn’t slowed down. If the rally was a function of the airdrop, the value of EOS would have tanked soon after the airdrop. The fact that buyers are still holding on to their EOS positions after the airdrop suggests that there’s still an incredible upside potential in the cryptocurrency.