The world of work is on the verge of being fundamentally revolutionized by both smart contracts and cryptocurrency remuneration. Experty is an entrant into this space with a slight twist.

The platform is a voice-enabled app that allows professionals who give advice by phone (or other digital one stream channel) to get paid for that time.

In other words, it is a virtual platform for consultants, lawyers and other specialists who now can bill for their expert knowledge and time in cryptocurrencies. It could conceivably also be used for “pay per view” businesses, particularly if distributing premium content (such as a specialty class via webinar).

Most people remember the concept of “long distance” or even “international” phone calls where a toll premium was put on connecting individuals based outside of small, regional jurisdictions. In the age of Skype and WhatsApp, those models have disappeared.

What may be on the rise, however, is the practice of paying for expertise by phone or webcam – wherever the expert is located. 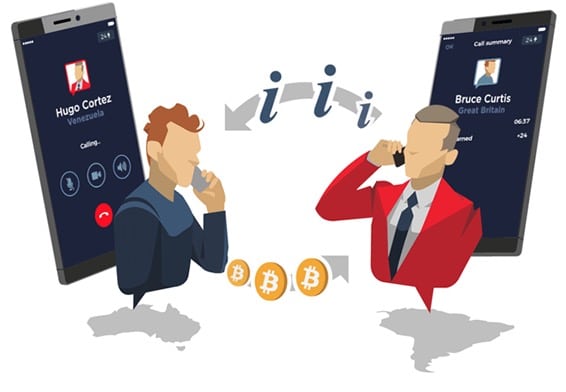 For example, if seeking an expert in federal constitutional law, a litigant might be able not only to find that expert but directly pay them for their time – all by phone.

The idea also has vast promise for tele-education, paid teleconferences, and other situations where an expert needs to be both identified and efficiently compensated for their expertise provided at the end of a digital call.

The Experty platform is based on an Ethereum network contract. This acts as the back-end for all services. The Experty website and applications store information about usage history of all users.

How The Experty Platform Uses Blockchain

Experty uses blockchain for two purposes. The first is payment settlement. Experty allows information providers to set their own rates. The smart contracts used by the system allow simultaneous payment while the calls are in progress. The contract can determine whether users have enough funds to make calls and to continue them. The smart contract also ensures that the funds are transferred, instantly, once the call is finished.

The second is also related to the settlement but is basically the legal simplification created by using a cryptocurrency to transfer funds between any two parties. EXY (Experty Token) is used to pay experts for their time. EXY tokens paid for services during the call can be withdrawn at any time into an Ethereum wallet.

Blockchain also facilities the platform’s instant payment feature. It also allows for third-party service transparency. Calls can be launched website-to-website without any additional toll, clearing cost or denial of payment by a service traditionally in the middle of such transactions.

What Is The Experty Business Model?

Experty will make money on crypto brokerage. In other words, every time you call someone using the system (and via several forms of compensation including the traditional credit card to cryptocurrency), the company will take a brokerage (or transaction) fee.

The current team has a multi-year working history together. They founded React Poland together, a software consulting firm. They have also worked on over 30 different mobile and web application projects from clients in this capacity and published a book called “Mastering Full-Stack React Development.”

The company launched the idea at the beginning of 2017. During the year, it began development of the project and raised $700,000 in seed investments. The company will begin their planned Token Generation event in Q4 of this year.

Development of the desktop beta will be finished in Q3, 2018. Ongoing refinement of the service is planned for the first two quarters of 2019.

The vast majority of the use of funds (80%) is allocated to software development and marketing and community building.

The company plans to enter the market through primarily medical advice and software development verticals. To that end, they are approaching large portals like BestDoctors.com, Quora.com and GitHub.com as well as Linked In, to begin to integrate and offer their services.

Targeted experts include influencers on blockchain – including those who have Youtube channels devoted to the topic. Other core expert users include consultants, developers, and paid premium support models.

They are also looking to support customers who engage in paid webcam chats to fundraising charity events.

The Experty token is an Ethereum based utility token. The company has already secured $700,000 in seed funding.