Fluence, a blockchain-based database provider, is announcing today the launch of its ultra-secure data storage platform for developers’ decentralized apps and platforms. Fluence is also announcing its partnership with Friend, a service that enables developers to create their own virtual cloud computer online, in order to create more tools, services and infrastructure resources easily available for developers in the crypto sphere.

With the surge in blockchain-based platforms and apps, a common problem arises for developers: where can they securely store and manage their sensitive data? It’s no secret that cloud services have been vulnerable to data hacks and leaks, even huge global companies such as Equifax and Uber have been victims. In addition, today’s data is controlled by several major cloud providers, a common pain point for the crypto community. The brick-layers of Web 3.0 need decentralized storage solutions to keep their data secure and encrypted, to lay the foundations of Web 4.0.

Fluence aims to solve this problem by providing decentralized data storage and management on the blockchain for Web 3.0 applications, guaranteeing its users more privacy, control, and security over the decentralized apps they are building. Using advanced network architecture, Fluence utilizes a system of independent nodes that split up sensitive structures of data to store and manage, ensuring that data is both replicated and protected. The nodes “check-in” on one another to make sure each is storing and securing data properly. If one node goes down, the data will not be lost as the network will find new nodes to replicate, secure, and encrypt that data. Fluence users do not require a special license or agreement with any commercial vendor, making Fluence the essence of decentralization in that it enables users to quickly and securely build apps at scale.

All operations on the Fluence network for data storage and management are paid with the native Fluence token (FLU) for trusted payments.

FriendUP offers a complete operating environment that, combined with blockchain technology, offers infrastructure necessary for the safe and responsible exchange of information. FriendUP can be accessed and used anywhere through a browser and provides a customizable desktop environment that is shaped by the needs of its users.

The new partnership will enable Friend to move further into the blockchain space by using Fluence as a data storage network available via the Friend Unifying Platform. Friend uses decentralized technologies to become an autonomous operating system on which developers can access more tools, services and resources which are owned by the community. Here, Fluence will access a larger developer community and high level APIs that can work together with Fluence technology. 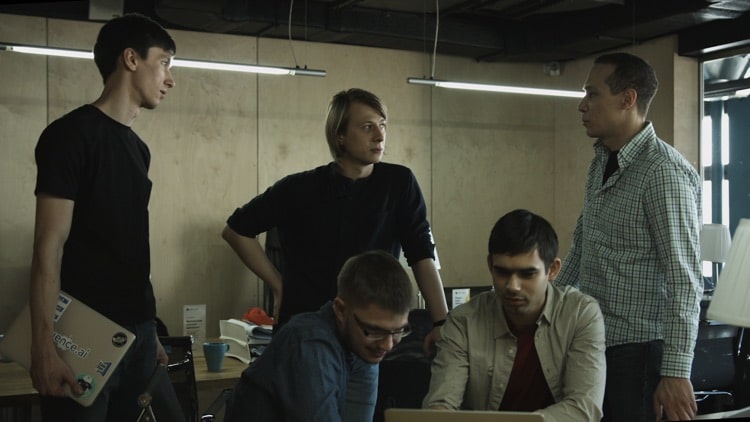 “Because Fluence is decentralized and designed for sensitive data storage, it eliminates a single point of failure,” said Evgeny Ponomarev, co-founder and CEO of Fluence. “We’re really excited about partnering with Friend so that our users will be able to use and access various tools and resources to build and scale their apps quickly.”

“We’re delighted to partner with Fluence,” said Arne Peder Blix, CEO of Friend. “Friend is always looking at better ways to create secure cloud-based computing experiences and the partnership with Fluence is a natural step for us to continue moving into the blockchain space. Together we will create more tools, services and infrastructure resources easily available for developers in the decentralized realm. Fluence’s technology fits extremely well with the Friend Network and our strategy and our ability to deliver a more fluid user experience for our end users.”

For more specifics you can view the Fluence white paper here.

Join the conversation about Fluence on Telegram here.

Fluence was founded in 2017 and  is the brainchild of Evgeny Ponomarev, Dmitry Kurinskiy, and Alexander Demidko.  With the belief that decentralized data storage is a crucial part of Web 3.0, Fluence was created as a decentralized encrypted database for sensitive data and is secured by blockchain technology. Fluence makes it possible to create decentralized apps where users control, share, and monetize their data and provides a new level of privacy, control, and security for data storage.

The Friend Unifying Platform is a powerful open source framework that enables developers to decouple their applications from technology silos and deploy on and integrate with decentralized technologies in a new blockchain based infrastructure, the Friend Network. The Network enables secure, global access to personal virtual Friend Cloud Computers that simplify, augment and enhance the use of the Ethereum blockchain for everyone that is connected to the internet.