The blockchain has a massive potential of displacing the current structures of retail giants like Amazon and eBay.

This represents a massive opportunity as the e-commerce market size was valued at a staggering $1.9 trillion USD in 2016 alone.

Experts believe that the figure will rise to $4 trillion by 2020 while global retail payments are expected to contribute over $20 trillion to the market 5 years from today.

The rise in market caps is also matched by Ethereum’s popularity in recent times which has seen it become the #1 alternative to bitcoin.

Despite only being in existence for less than 5 years, Ethereum has over 35,000 developers worldwide in addition to having more than 500 start-ups built on its platform.

However, issues have come up in Ethereum’s network recently which shows that the platform is far from flawless.

At the moment, Ethereum remains focused on delivering a stable and scalable blockchain technology on desktop computing platforms but that means mobile systems are severely forgotten.

Many of the recent developments in improving Ethereum’s blockchain is not particularly suited to the nature of mobile as it has to deal with a phone’s limited storage as well as finding a way to not drain a phone’s battery instantly. 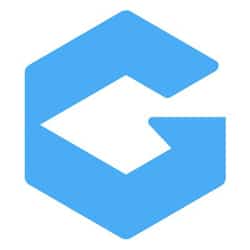 GoNetwork is creating a low-cost, low-latency and highly scalable network for Ethereum that can not only be used on desktops, but also on mobile and web platforms.

As mentioned earlier, the blockchain, while extremely innovative, has a few hurdles it needs to overcome to achieve adoption.

For example, the number of transactions per second that most popular cryptocurrencies can handle is extremely limited compared to what’s needed for the technology to be used globally.

GoNetwork’s goal is to solve these issues by bringing together a strong team and investing heavily in research and development to build a fast, cheap and scalable mobile-first off-chain transaction network for Ethereum.

The team believes that with the domination of mobile platforms, it is a no-brainer for Ethereum, ERC20 tokens and cryptocurrencies to enable mobile accessibility and interoperability for the public.

The platform is already in the development process and is expected to launch soon once the technical structures are set up.

Another feature of the network is the release of GoExchange in 2018.

GoExchange will be a decentralized mobile marketplace for in-app virtual goods for gamers which will be built on top of the GoNetwork platform – a welcome idea considering the fact that the team has invaluable experience in the gaming industry.

On the topic of the platform’s team, the individuals responsible for GoNetwork is an extremely experienced and skilled one.

The CEO, Rashid Khan is also the founder of Infinidy Corp, one of Canada’s leading game development studios while CTO, Amit Shah, a very respected individual in the scene, co-leads the platform.

GoNetwork will solve the problems of today’s blockchain practices by using state channels. 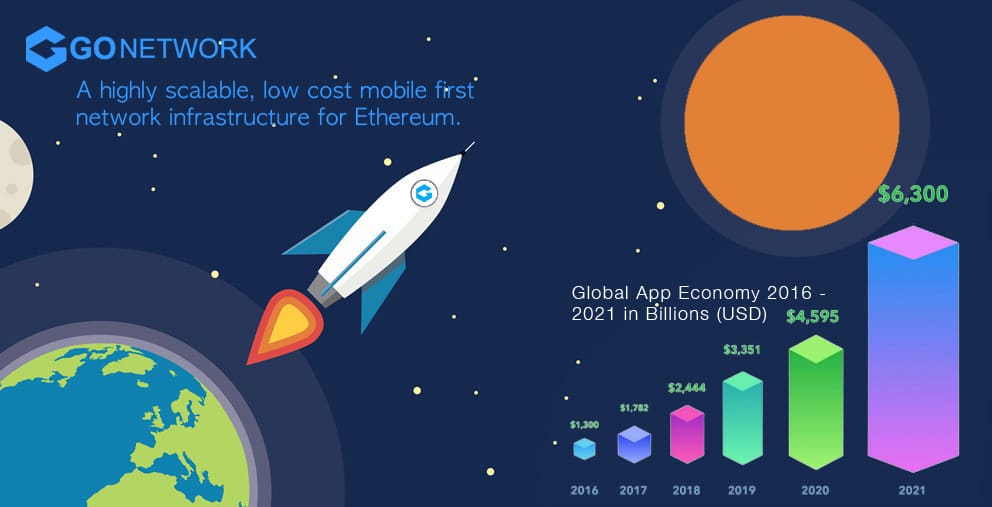 And since there is no need to verify or mine transactions until a transaction is ready to be confirmed, this makes the whole process extremely fast and cheap.

State channels can then be further improved to create a network of individual state channels so every user on the network is eventually connected to each other via a series of indirect connections.

A good analogy for state channels would be to think of a flight that has multiple connections but has zero layover time, which means you’re connected instantly to the next flight with no downtime.

Features of the GoNetwork platform 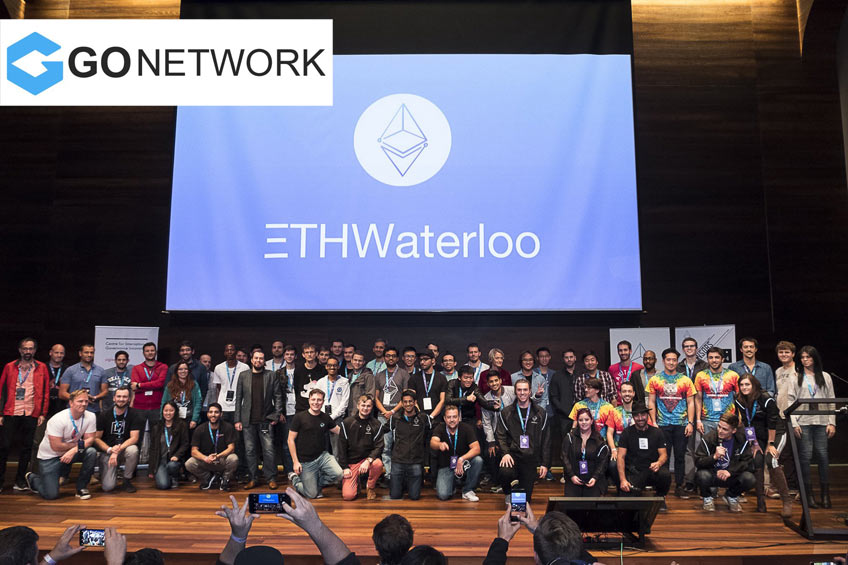 GoNetwork will use GoToken as the official medium of currency for the platform. GoToken is a cryptocurrency that will be accepted and used by games and apps on the web as well as mobile platforms.

On the GoExchange, you will be able to trade, buy or sell any virtual item with GoTokens.

These are just some of the few features of the platform which will be covered below:

Transactions are cheap and fast

State channels significantly reduce the costs transactions which make it several times cheaper than making transactions on Ethereum directly even if the network is in high load.

Aside from being cheap, transactions are also confirmed quickly on GoNetwork which makes it ideal for day to day transactions.

Earn tokens by holding them in your wallet

The availability of staking means that you can earn extra GoTokens by simply keeping them in your wallet – that’s all you need to do!

This happens because each and every transaction that happens in the network will incur a small transaction fee.

A portion of the fees will go to GoNetwork for maintenance and the fees for running the platform while another part of it will go to the node operators. The remaining tokens will be distributed fairly to everyone who is holding GoTokens in their GoToken wallet.

With top-notch security features thanks to the blockchain technology, GoNetwork protects developers and users from fraud in trading.

Use your tokens as a debit card

Users will be able to connect their GoToken account wallet to a GoToken debit card which allows users to spend their GoTokens as fiat currency anywhere in the world.

Fees are minimal and the cards will be supported by Visa’s infrastructure which means it can be used virtually anywhere in the world. 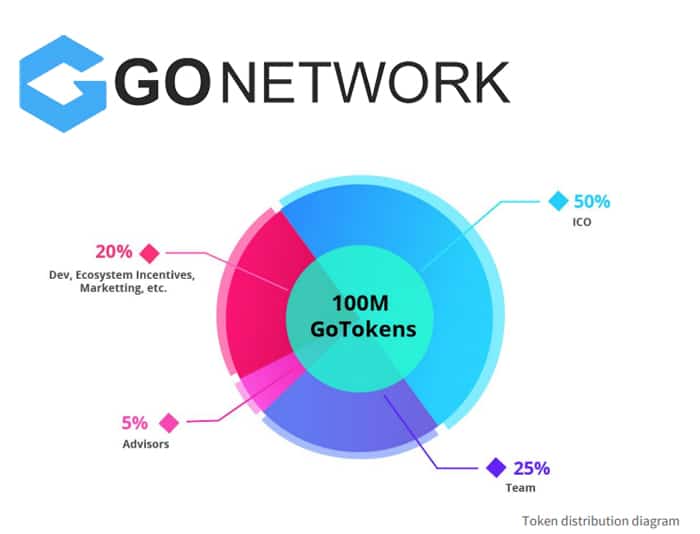 Here are the details of the upcoming GoToken token sale: