The United Nations Environment Program recently announced that 80 to 90 percent of worldwide coal reserves, 35 percent of oil reserves, and 50 percent of gas reserves need to stay in the ground if temperature increases caused by global warming are going to be kept below 2 degrees Celsius, the goal of the 2015 Paris Agreement. This is going to be difficult if our current rate of fossil fuel consumption continues.

The US Energy Information Administration (EIA) reports that global consumption of petroleum, natural gas, and coal is estimated to exceed renewable energy usage substantially in 2040, even after renewable energy use has increased. Circumstances need to change if our globe hopes to avoid the worst of global warming. Catastrophic climate change is predicted to cause sea level rise, irreversible ecosystem damage, and widespread disease epidemics.

Nevertheless, global energy use is only expected to go up. The EIA predicts that worldwide energy consumption will increase by 56 percent by 2040. Much of this growth comes from developing countries who previously had a low electrification rate and lost out on many of the economic and humanitarian benefits electricity brings.

In addition to allowing industrialization, electricity has benefits such as access to medical equipment and procedures, reduced reliance on polluting indoor light and heat sources (which cause about 4 million deaths each year), and communication devices. Energy poverty currently affects about 1 billion people worldwide. We can only tackle climate change and energy poverty at the same with clean power solutions. 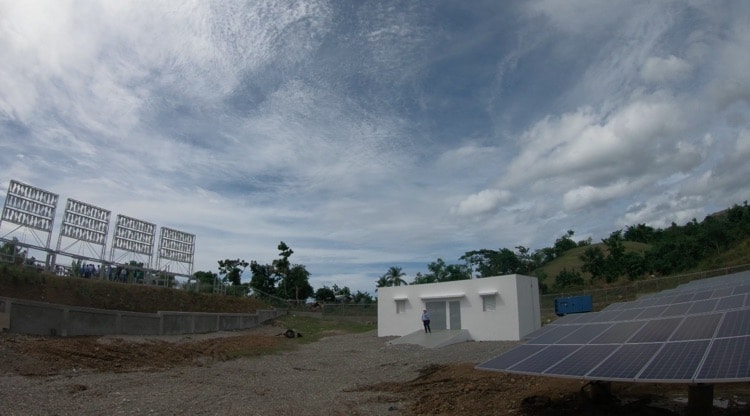 Wind, solar, geothermal, and other sources can generate power without anywhere near the carbon footprint of coal or petroleum. Technology for harnessing these power sources is becoming more advanced every day, and nations who invest in it are experiencing economic benefits as a result. In the US, solar energy jobs are growing at about 12 times the pace of the rest of the economy.

But we still have a long way to go. Technological and societal breakthroughs will be needed to create a truly low-carbon world that still allows access to vital electric services. Could blockchain provide a solution? ImpactPPA believes the answer is yes.

Many of the locations most affected by energy poverty are very rural ones. This is because building electricity transmission networks is expensive. Far-flung communities have a hard time attracting investment in transmission infrastructure for sending electricity to a relatively small group of people at a high cost.

Cost is not the only disincentive involved. Massive, interconnected electrical grids are vulnerable to weaknesses and errors that can snowball to affect huge groups of people. The Northeast blackout of 2003 affected fifty million people spread across several US states and parts of Canada. A chain reaction shut down 21 power plants in affected areas in only three minutes.

The cause of this chaos? Overgrown trees interfering with power lines in Eastlake, Ohio, triggered a shutdown of the local power plant, which cascaded across the grid. Though the 2003 blackout was caused by mistakes rather than malicious intent, many national security voices are increasingly concerned about terrorist hacking attacks on the US electrical grid triggering similar chain reactions. 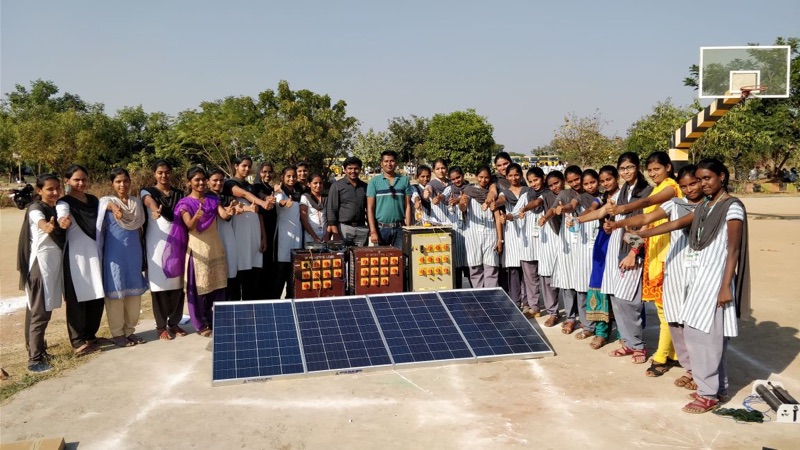 Huge transmission grids are problematic to install in connection with renewable energy sources. Most large grids are built around major power sources such as coal plants, which generate huge amounts of electricity in one location that’s then delivered around the grid. Renewable energy power production is often more diffuse, with individuals and small towns running wind turbines or solar panels. Because of this, many renewable energy proponents advocate the use of microgrids — small electricity networks that use local generation sources and sophisticated load-handling technology to manage local energy supplies.

If microgrids are appropriately sized electric networks, then Distributed Energy Generation (DEG) projects are appropriately sized electric power sources. These projects use locally available resources–often renewable ones–to generate power on a small scale to meet local community needs. DEGs solve many of the problems of modern electricity transmission. No long and expensive lines need to be built out from cities to rural areas in need of power, and a failure at one location has limited impact on other locations.

But there are still existing financial obstacles to building DEGs. Though in the long run, they make financial sense, they require substantial upfront financing, and obtaining those funds can be as difficult as getting funding for long distance transmission.

Financing opportunities exist for DEGs, but they often require tedious processes winding through NGOs, national governments, and other top-heavy institutions. ImpactPPA is using blockchain to circumvent these ineffectual systems to directly and quickly finance DEGs.

Blockchain requires no third-party authorization and contains transaction history that can be accessed from any point in the world, making it ideal for financing projects where long distances separate the funders and the project itself. Much like crowdfunding, it also allows collective and accountable investment in expensive projects by large groups of people expending fairly little money per capita.

ImpactPPA’s Ethereum-based platform will allow anyone to create a SmartPPA (Power Purchase Agreement) which specifies how much generation the creator needs. Creators are matched to funders who use blockchain-based MPQ Tokens to fund projects. DEGs funded this way generate GEN Credit cryptocurrencies, which are used by electricity consumers to pay as they go.

Revenues from established DEG projects will eventually be reinvested into the ImpactPPA platform, where they can be used by MPQ token holders to fund further SmartPPAs. In this way, the company plans to reach a state of equilibrium where DEG projects can continually be initiated and funded without additional investment coming from outside the system.

How else can blockchain help clean energy adoption?