The computing power and the creative arts are coalescing in an exciting way.

GPU units are typically associated with computer gamers and graphic designers because of their ability to produce the graphics displays that power both endeavors. For instance, gamers require fast graphics for live gaming and creatives use GPU for rending images and videos, which are the core of their business.

However, since cryptocurrencies burst onto the scene in early 2017, more people have been loading up on GPU capability. While cryptocurrencies can be purchased on exchanges, they can also be created by “mining” new currencies, the GPU intensive process of solving cryptographic puzzles to account for digital currency transactions. Therefore, as crypto markets rose, people purchases large quantities of GPU equipment so that they could mine for rapidly appreciating digital currencies.

At its peak, demand for GPU units was so intense that, as Ars Technica reported, “If you go to your local retailer, you’re likely to find bare shelves where the beefier cards used to be. Instead of trading at a discount, used cards routinely sell for well above MSRP on sites like eBay and Craigslist.”

Early on, GPU mining was an easy way to acquire increasingly valuable digital currencies, but as markets have cooled and competition has intensified, it’s substantially less lucrative. Now, the decentralized economy created by cryptocurrencies is providing new opportunities for GPU owners to profit from their computing power.

The fact that GPU capability is so challenging to acquire has not lessened its necessity among creatives. In fact, the burgeoning freelance industry means that more individuals are looking for GPU power than ever before. According to Upwork, a popular freelance exchange, 50% of millennials are already freelancing in some capacity, and freelancers are expected to make up the majority of the workforce within a decade.

For artists, photographers, and videographers, buying expensive computing equipment is frequently beyond their budgeting capabilities, and that’s where the burgeoning GPU marketplace steps in. These services, many of which use blockchain technology, capitalize on the emergence of cloud computing to allow anyone with excess or unused GPU to sell those capabilities on the open market.

Leonardo Render, a decentralized marketplace for GPU transactions, provides a market for creators that can boost their computing capabilities without compromising their project’s integrity. Users have access to 23,000 GPUs, and projects are rendered by third parties but are never transferred to their domain. Perhaps most importantly, users never have to work on a remote desktop, and they never upload their projects to a service. Everything happens on the user’s computer, which will operate on the infrastructure’s GPU rather than the user’s personal components.

As a decentralized marketplace, Leonardo Render transactions are completed using a digital token, which is currently being released through a private sale.

The emergence of the GPU marketplace isn’t necessarily a new idea, and companies large and small have developed platforms in this space. For example, Google, Oracle, Microsoft, Azure, and Facebook each have GPU leasing solutions that, to differing degrees, allow users to boost their computing capabilities without actually purchasing new hardware.

In addition, several startups are entering the market. Companies like Sonum, otoy, and Golem are each at different stages of development, and they each have a unique take on providing ala carte rendering services.

However, the rapid proliferation of cryptocurrencies quickly disseminated the technology necessary to make these markets most successful, and blockchain platforms that can take advantage of the seamless transactions and interactions made possible my digital tokens are uniquely poised to flourish in this environment. 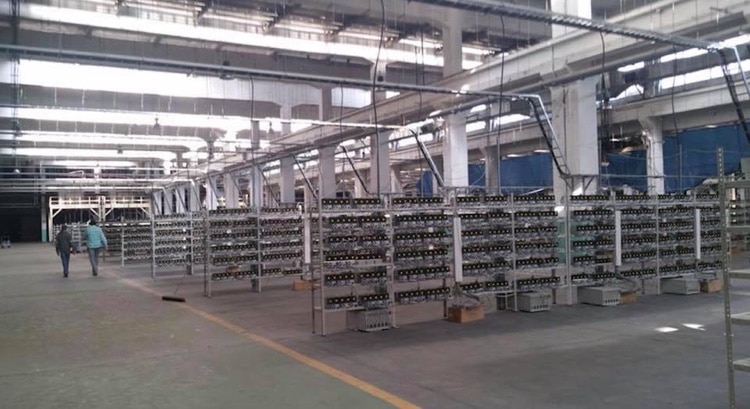 As IBM CEO, Ginny Rometty contends, “What the internet did for communications, blockchain will do for trusted transactions.”

In this way, the blockchain is a differentiator that allows for a seamless payment structure while also protecting privacy and ensuring reliability. Especially for independent creatives who frequently lack the computing resources of their corporate peers, this ecosystem can level the playing field while allowing them to focus on the creative work that they do best.

As more people turn to independent work rather than joining ranks with corporations and other large companies, these resources become even more important and in demand. The blockchain propels the platforms that can make the most significant difference for independent workers, and it can empower them to compete, on a technological level, with much more endowed companies.