KT CEO Chang-Gyu Hwang announced in front of global telecommunications companies’ CEOs that KT would commercialize the next-generation mobile communication network “5G” by 2019 for the first time in the world. After launching the world’s first 5G trial service at the upcoming 2018 Pyeongchang Winter Olympics, KT will put spurs to 5G commercialization in 2019.

“5G will bring a new world beyond a network evolution”

In his speech, CEO Hwang announced, “5G would bring a new world beyond a network evolution” and “KT would commercialize the world’s first 5G service.”

It was KT CEO Hwang’s second keynote speech since the 2015 MWC, which is considered the world’s largest gathering for the mobile industry. At the 2015 MWC, KT

CEO Hwang presented an innovative future model led by 5G in his keynote speech entitled “5G & Beyond, Accelerating the Future” and it lasted impression on leaders of the global telecommunications industry.

CEO Hwang explained the efforts KT has made so far in order to present the world’s first 5G trial service in 2018. He emphasized that KT was able to finalize 5G trial Specification last year because of active cooperation with global partners and was able to succeed ‘5G First Call’ based on the specification. 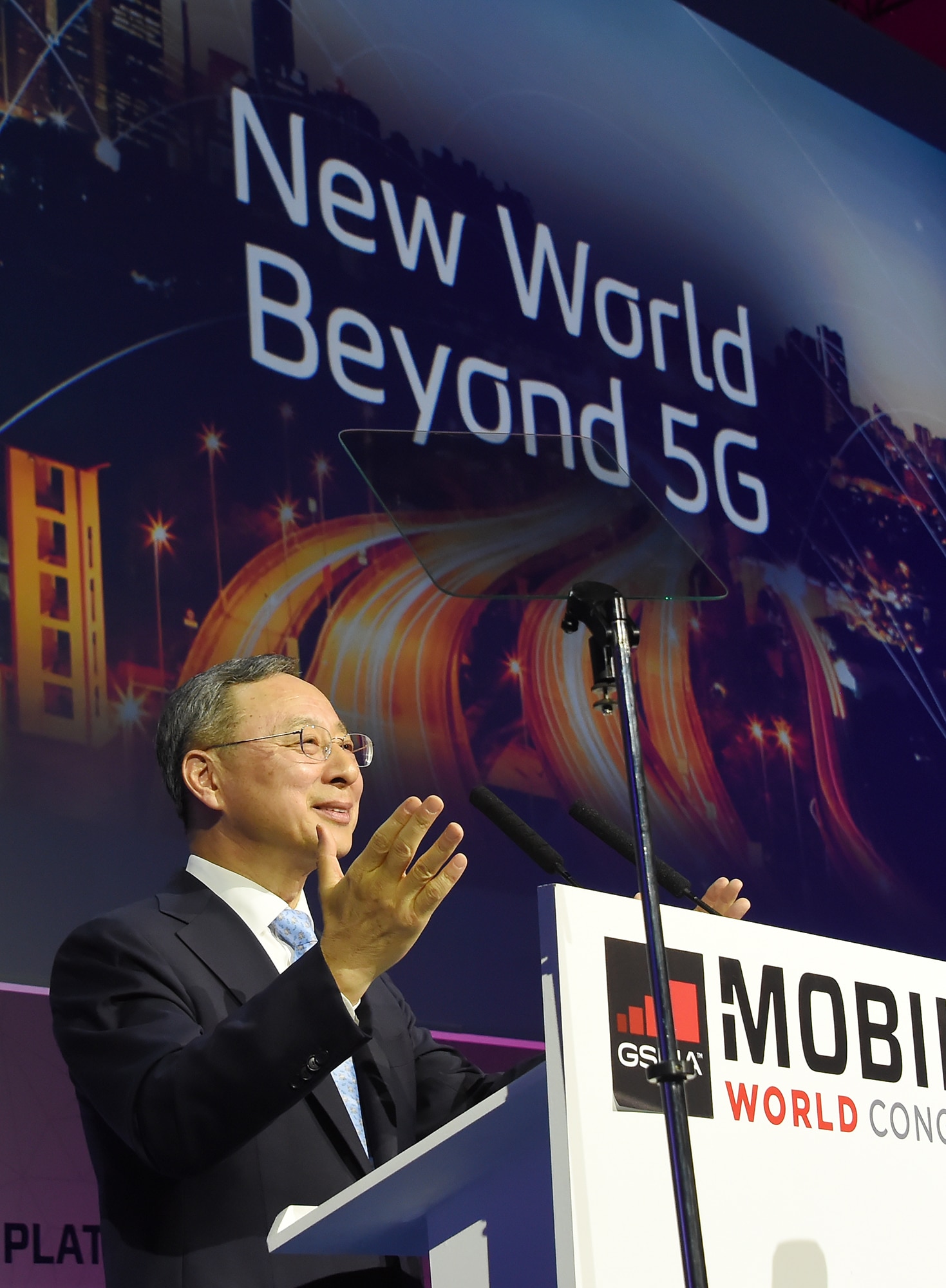 In 2016, KT and Ericsson demonstrated 5G wireless transfer at 25Gbps for the first time in the world. Also to provide 5G service, they preceded tests and demonstrations for seven times. Furthermore, KT has applied for and registered about 90 patents on 5G.

Intelligence-based differentiated networks with outstanding speed, connectivity, and capacity CEO Hwang had presented the future made by 5G during his keynote speech two years ago, and this year he presented the how 5G would make a new world with detailed changes. It’s “intelligence”. At the 2015 MWC, he emphasized that 5G, unlike the preexisting networks, should guarantee connectivity and capacity as well as speed. He added intelligence on the top of the requirements this year.

Unlike pre-generation networks, which only focused on speed, 5G is intelligence-based differentiated networks with outstanding speed, connectivity without any cut-offs, and massive capacity. CEO Hwang explained the distinctiveness of network intelligence by conveying KT’s services and solutions as detailed real-life examples. The first factor of intelligence is “location intelligence”.

Preexisting GPS has large margins of error exceeding 10 meters outdoor and 30 meters indoor and its 2D maps are limited to be used during emergencies. KT GiGA 3D Locator reduces the margin of error within 1 meter and provides 3D location intelligence which can be utilized to respond to fires or locate a missing child in a public place such as a large shopping mall.

GiGA 3D Locator can be used both on ocean and land. Combining GiGA 3D Locator with IoT, KT is utilizing this technology for maritime safety. KT developed a life vest applied with GiGA 3D Locator and OTHAD (Over The Horizon Antenna Distribution).

A considerable number of drone accidents have happened so far. However, 5G network technology is expected to lower the risk of fatal accidents such as casualties by drone crashes or collisions with aircraft. Network-based control technology should minimize accidents by restricting the sphere of action of connected cars and drones.

CEO Hwang emphasized that intelligence is important for 5G networks to reduce the risk that increases with technology development. He added that location, security, and control intelligences are only small part of intelligence required by 5G networks.

In a 5G-based world, all objects including various devices are connected via networks and an incomparably tremendous amount of big data will be generated. It would be the key to solve mankind’s immediate issues such as environmental contamination and disease, etc. In addition, 5G combined with IoE, big data, and AI is expected to innovatively change industrial paradigms as well as our daily lives.

CEO Hwang foresaw that networks would evolve into intellectual networks interacted with IoE, big data, and AI in the era of 5G. Also, 5G-based intelligent networks, playing the pivotal role of the Fourth Industrial Revolution, would completely change preexisting industries and markets.

He also emphasized that 5G would the power to change the world through intelligent networks. To explain this, he gave the world’s first commercial energy management platform “KT-MEG” and loaming information-based Smart Quarantine as examples. KT-MEG is an energy saving solution based on big data including climate information, indoor temperatures, and consumption patterns of gas, electricity, and energy. KT’s smart energy business started from a idea that the efficiency of preexisting energy sources is as important as the development of new and renewable energy sources to respond to climate changes.

CEO Hwang announced that KT-MEG was applied to 18 multiuse facilities in Korea such as medical institutions, hotels, and sports centers and saved energy costs by 61% on average. If KT-MEG is applied to 10% of the Korean energy sites, it can save a huge amount of energy, equivalent to the power output of eight nuclear power plants.

When a person returns from abroad and walks through Smart Gate with his or her cell phone, it checks the call and data connection history at the contaminated areas and reports to quarantine officers.

According to “5G Service Roadmap 2022” published by 5G Forum in 2016, the growth of the Korean mobile market is projected to be slow or stable by 2020 due to market saturation. However, the report indicates that the Korean 5G market will grow from KRW 963 billion in 2020 to KRW 41 trillion in 2026. The report predicts that the sizes of the Korean 5G telecom service market, mobile device market, and network equipment market will reach KRW 23,977.7 billion, KRW 13,434.5 billion, and 3,746.2 billion, respectively, in 2026.

As 5G requires the combination with big data and AI, the earlier a company enters the market, the higher its competitiveness. In order to maintain the competitiveness of Korean mobile devices which have been widely praised in global markets, Korean companies should launch 5G services as soon as possible.

Korea’s advanced 5G technology and knowhow that started earlier than other countries will help Korean small- and medium-sized companies, ventures, and startups, as well as leading ICT companies, expand the markets. Although the telecommunications business, which is one of the ICT businesses and considered an industry for domestic demand had high barriers between countries, the barriers are very likely to become lower or disappear in the era of 5G. As 5G-based intelligent networks will be combined with a variety of convergence solutions, 5G technology and the knowhow of Korea are expected to become a valuable asset for entering the global markets.

KT CEO Hwang said, “5G will be the power to change the world based on intelligent networks combined with cutting-edge ICT such as location intelligence, network security, orchestration capability, big data, AI, etc. Mobile communication service providers from all over the world need to cooperate with each other in order to develop 5G-based intelligent networks as the key to solving mankind’s immediate issues such as climate changes and infectious diseases.”