Ever since the economic crisis, creative projects (especially for smaller artists) have taken a toll which has seen income levels fluctuate to nearly poverty level which proves the rise of the starving artist lifestyle for many creatives today.

The situation is worsened by shrinking budgets and projects are now arguably more dependent on personal connections, private wealth and insider knowledge instead of talent and dedication which is a waste.

In the past, creative projects were judged on their ability to improve society and make the world a better place as well as to entertain others. In today’s world, projects are more likely to be chosen based on mainstream success rather than actual art.

This kills diversity in art and consumers are exposed to the same type of content over and over again.

LiveTree ADEPT (short for Advanced Decentralized Platform for Transparent Distribution) has launched a decentralized platform to develop a creative financial network that benefits every party.

The first phase of the platform has already been achieved in the form of an alternative-funding platform that disrupts the current funding system and instead empowers creatives to achieve their goals.

ADEPT supports projects throughout their entire lifecycle, from the creation process up to the funding process; the platform has the potential to change entire creative, film, TV and content industry in a good way. 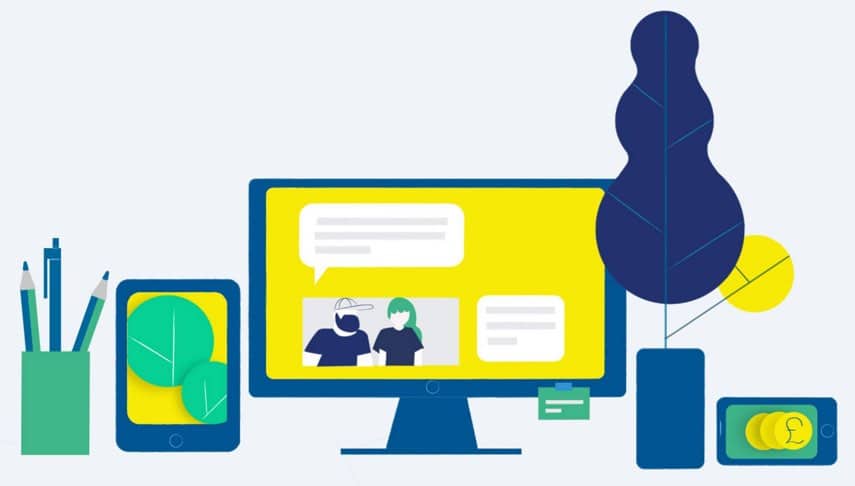 The platform’s network also helps content creators by allowing them to build a community around their work as well as networking with other influential personalities in the scene.

Consumers, suppliers, distributors, and influencers are called Branchers in ADEPT. Branchers and backers help to create a mutually rewarding network which helps projects to become more popular and financially sustainable.

Over the next 5 years LiveTree ADEPT aims to achieve:

How does ADEPT work?

One of ADEPT’s most innovative features is Blossom TV, a revolutionary new online channel operated by the platform.

At first, it will operate using ADEPT’s unique pre-pay-to-view (PPVOD) model which allows fans to prepay for the content they want to watch.

Subscription and ad-based video streaming, as well as pay-per-view models, will be added to the platform shortly after launch.

So, what does Blossom TV do?

Blossom TV is a direct, peer-to-peer connection service for content creators and viewers.

Blossom has an inbuilt digital rights management system that encourages content creators to score and share their content and at the same time, be rewarded in Seed, the platform’s official cryptocurrency.

What’s different about Blossom is that it provides viewers a 100% interactive experience by allowing viewers to cast and choose happens in consumed content like videos.

Aside from the features mentioned above, ADEPT offers two unique funding returns as well as an innovative funding model:

ADEPT also introduces the milestone-based model, a one of its kind option for content creators.

With the milestone-based system, a milestone target is set and backers’ funds are only released when the goal is signed-off.

Backers can pre-fund the first $1,000 which will only be released upon a sign-off or a timeout of the milestone. This process continues for the next milestone and subsequent ones.

In the rare case that a dispute occurs over the funding process, LiveTree has included an arbitration platform for users to settle disputes in a fair and transparent manner.

LiveTree will include an Incubator which is operated through LiveTree’s partners by Oscar and BAFTA-nominated filmmakers. The Incubator is designed to help rising talents to boost their careers without restrictions.

The Incubator helps to provide content that can be used to market and empower ADEPT as well as the platform’s creators; this happens because the creative content is subsequently sold to interested parties in the form of Seed.

Another feature of ADEPT is that it will transparently score projects based on LiveTree’s ADEPT Analytics, which are peer-driven and based on community governance to help build a healthy ecosystem on the platform.

The scoring system is based off statistics on the team and the project’s financials with more factors coming as the platform matures.

The system is open-source and based on input from the LiveTree community. This makes it so that only the creator and viewer has the power to decide what is published on LiveTree, not corporations or businesses.

ADEPT’s official cryptocurrency is called Seed, a digital token designed to provide equality and fair use among users of the platform.

Seed is designed to build a healthy ecosystem within the LiveTree platform while rewarding the platform’s users and more importantly, deliver significant returns to token holders.

Seed’s value is powered by demand; the LiveTree team will also make subsequent repurchases of Seed from exchanges through profits generated by ADEPT.

Here are the details of the Seed token sale: