Experts estimate that the AR market will grow to roughly to $36.4 billion in a few years from now.

This goes hand-in-hand with the recent surge in popularity of AR/VR technologies, with the platforms likely to gain even more mainstream adoption as the industry matures.

One of the driving forces behind this growth is the availability of hands-free AR devices that merge valuable data with natural vision – also known as “smartglasses”.

There are several factors that will make or break smartglasses – primarily the size, weight, and how smoothly the glasses actually work. Ideally, a wearable AR display would have to be compact and lightweight, with seamless virtual object integration.

There are also other nice to have features such as eye tracking, which enables ocular cursor control, as well as the ability to use traditional lenses, a necessity for mainstream adoption.

All of these features are present in Lucyd, a revolutionary AR company for the next generation.

Lucyd is a new AR company that plans to introduce a series of smartglasses called Lucyd Lens, the world’s first blockchain-fueled glasses.

Lucyd Lens is being developed responsively to the major issues in currently available AR displays, by being the first ergonomic, user-friendly smartglasses with an enhanced field of view over 2x larger than anything on the market.

To fill the gap of truly accessible smartglasses in the market, and realize the company’s goal of AR for everyone, Lucyd is building smartglasses based on 13 exclusively-licensed AR patents.

The Singaporean-based Lucyd platform is entirely decentralized on the blockchain, to help promote and improve content creation for the glasses, making creating, viewing and distributing AR content much easier than it is today.

Lucyd is led by Dr. Clifford Gross, the company’s CEO and a serial entrepreneur who founded three public companies (BCA, UTEK and Tekcapital), as well as playing a major role in Lucyd’s product commercialization.

Dr. Gross leads a team of experts in the optics, AR, app development and cryptocurrency fields to make the company’s vision a reality and thus, improve the AR industry as a whole. 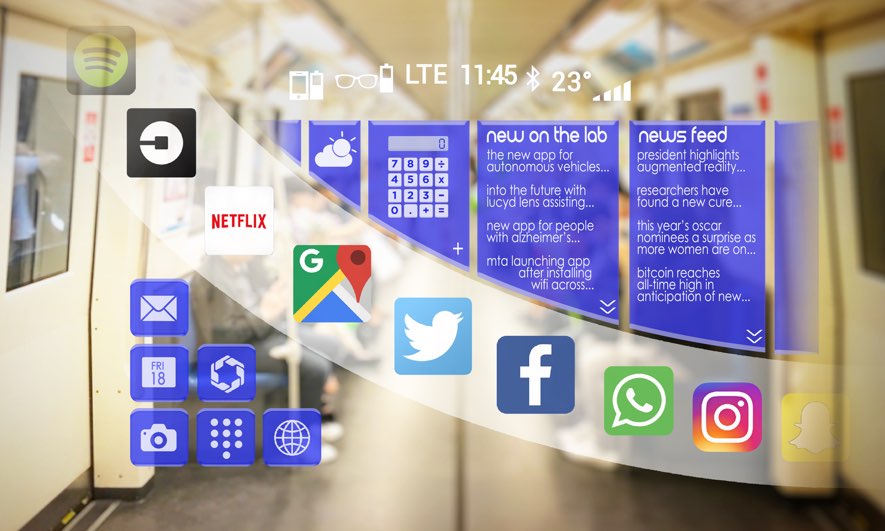 How do Lucyd Lens smartglasses work?

Lucyd Lens smartglasses are built on the platform’s decentralized blockchain – Lucyd Lab. As mentioned earlier, utilizing the blockchain makes it easier for content creators to develop and share content among users.

The blockchain will be powered by the LCD token, Lucyd’s official utility token. The LCD token will help to boost organic content creation with the main goal of using content developed by the community to empower the world’s first ever AR-driven blockchain.

Ergonomics-wise, the smart glasses are excellent, possessing user-friendly features to make it easy to use even for non-technical people.

The glasses connect directly to your smartphone as it relies on it for processing power and data. By using Lucyd Lens, you’ll be able to literally look up from your phone and experience favorite apps like never before.

This works because your smartphone’s interface is relayed directly into a tablet-like AR display, with further support for AR controls like voice and finger tracking to improve the user experience.

Users don’t have to worry about restricted vision as Lucyd Lens smartglasses are built with an impressive 120 degree enhanced field of view — over 2x larger than currently available smartglasses, along with a sleek design that looks just like regular glasses.

Lucyd plans to implement all of the following features into their smartglasses:

The glasses turn on and off automatically just by folding or unfolding it—absolutely no need for complicated processes.

This is possible as the Lucyd Lens smartglasses being developed with a minimalist, next-gen design with no buttons, switches, or wires.

Bone-conduction earphones are integrated into the smartglasses while a microphone is built in the rims of the glasses for voice control and calling. 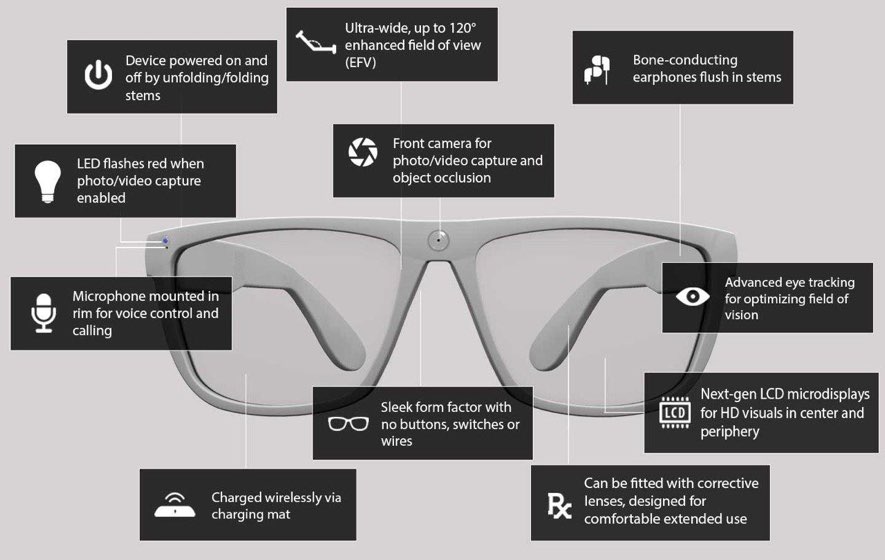 The smartglasses can be charged wirelessly via a charging mat as well as being Bluetooth-enabled.

Users with vision issues don’t have to worry as you can fit the Lucyd Lens smartglasses with corrective lenses for easy extended use. 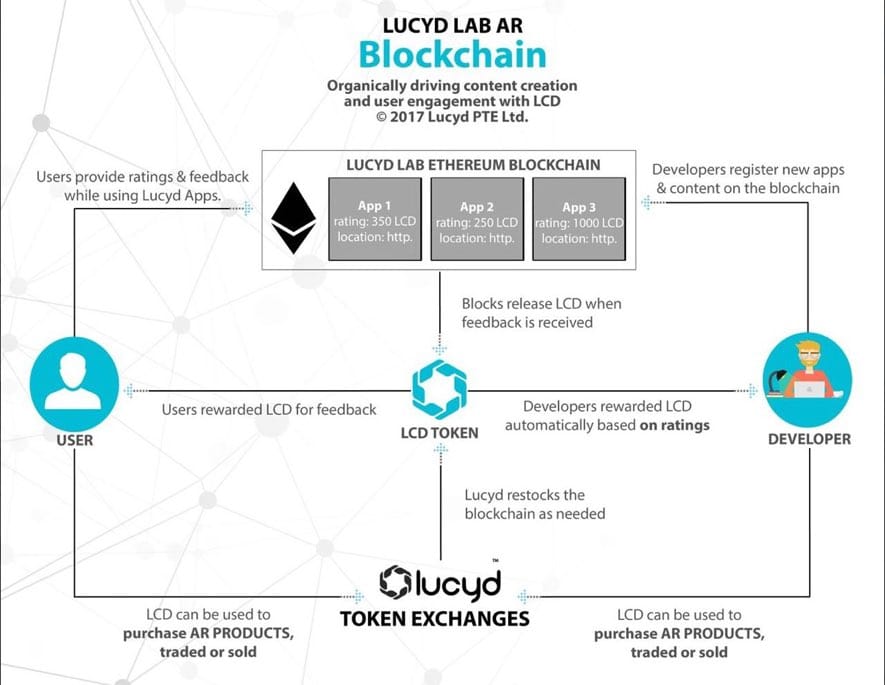 The Lucyd Lab AR blockchain is powered by LCD tokens, the platform’s utility token on sale during the ICO.

LCD tokens are used to empower the platform’s community; for example, content developers and creators in the Lucyd platform will receive LCD tokens for their contributions to the community.

The LCD tokens can also be spent on AR hardware and other options such as content, apps, and media from the Lucyd store.

The first 500 pairs of Lucyd Lens smartglasses will be sold exclusively to Lucyd token holders.

Here are the details of the upcoming LCD token sale: