Nucleus Vision, the blockchain-based contactless identity management system and retail loyalty program powered by cryptocurrency, has today announced that Microsoft executive Ausaf Ahmad and digital currency experts Jaron Lukasiewicz and David Wachsman have joined as advisors to the company. Ahmad will serve as a blockchain technology advisor to Nucleus Vision. Lukasiewicz will advise the team on its business development and technical roadmaps, while Wachsman will guide the company’s long-term communications strategy.

Nucleus Vision CEO Abhishek Pitti said: “We are thrilled to have the support and guidance of Ausaf, Jaron, and David as advisors. Ausaf’s work managing Microsoft’s largest partners to drive blockchain and IoT innovation will be particularly helpful as we apply both technologies to the retail space, and Jaron’s vast experience as a blockchain entrepreneur and advisor to companies in the space will help us deploy and scale our platform for retailers. Furthermore, David’s experience developing media relations and communications strategies for the top companies in the blockchain space will prove indispensable as Nucleus Vision grows and scales.”

Ausaf Ahmad, the Internet of Things (IoT) and Blockchain Lead at Microsoft, has years of experience as a technologist. For the past two years, he has managed Microsoft’s largest and most influential partner ecosystem to drive key IoT and blockchain initiatives, along with overseeing key accounts for its Azure platform. Ahmad is also a veteran of Boeing, where he led analysis and design of commercial airplanes, and had a stint at Wall Street where he worked as an investment banking associate. Ahmad received his MBA from the Massachusetts Institute of Technology and his Master of Science degree in aeronautical engineering from Embry-Riddle Aeronautical University.

Ausaf Ahmad said: “I am very excited by the impact that Nucleus Vision will have on millions of customers and retailers around the world. Using its proprietary IoT sensor, Nucleus Vision is empowering brick-and-mortar stores to gain insights into previously inaccessible data about their customers. Add a blockchain-based loyalty program to the product offering, and you can see that Nucleus Vision is going to improve shoppers’ in-store experiences in clever and unprecedented ways.”

Jaron Lukasiewicz has been a notable figure in the cryptocurrency and blockchain industries since 2012. Lukasiewicz founded and served as CEO of Coinsetter, a New York City-based bitcoin exchange, which was acquired by Kraken, the world’s largest digital asset exchange in Euro volume, in January 2016. The sale was, at the time, the largest merger-and-acquisition deal in Bitcoin history. Lukasiewicz also served as CEO of Cavirtex (Canadian Virtual Exchange), the oldest and largest Canadian bitcoin exchange, which was also acquired by Kraken in 2016. Lukasiewicz graduated from Rice University on the President’s Honor Roll with a Bachelor of Arts in Economics.

Jaron Lukasiewicz said: “Nucleus Vision’s top-notch team and partnerships with a variety of industry leaders have primed the company for success. Its impressive application of blockchain technology to a real-world problem provides an innovative solution that will improve the state of the retail industry.” 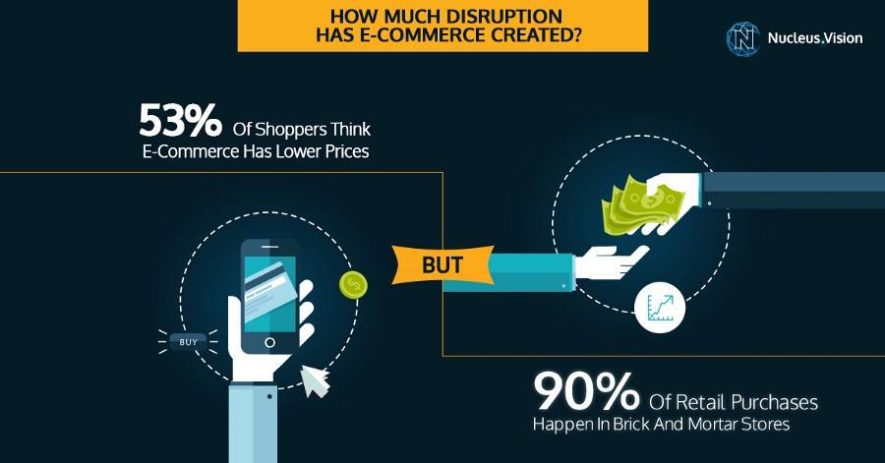 David Wachsman is the Founder and CEO of Wachsman, the largest public relations firm specializing in digital currency and blockchain-based companies. Wachsman provides media relations, strategic communications, brand development, and corporate advisory services to many of the most indispensable companies in the financial technology, digital currency, and crypto-asset sectors. Wachsman represents prominent clients in the blockchain space, such as the Crypto Valley Association; Dash; Lisk; IOHK, the developers of Cardano; and Steemit. Previously, Wachsman led day-to-day operations for a boutique public relations agency in Manhattan and previously held roles in advertising, political affairs, and biotechnology.

David Wachsman said: “I am proud to join a project of the monumental vision and scope of Nucleus Vision. The company will radically transform the retail experience for millions of customers, and I am incredibly excited by this opportunity to develop a strategic plan for sharing Nucleus Vision’s milestones and achievements with the world.”

About Nucleus Vision
Nucleus Vision is the world’s first blockchain-based contactless identity management system and retail loyalty program powered by cryptocurrency. Nucleus’ customer identification platform empowers brick-and-mortar retailers to identify in real time customers who walk into a store and to ping them with customized retail offers. By leveraging its nCash cryptocurrency tokens, Nucleus empowers individual customers to directly control and monetize their own data.