Business financing via crowdfunding is huge. More and more startups are leveraging crowdfunding as a means of generating the capital they need without many of the headaches of more conventional approaches. With well-known platforms like Kickstarter and Indiegogo paving the way, this practice has even become mainstream.

But what are the distinguishing factors between the campaigns that flourish and those that flop? More importantly, where are their areas of overlap between the most successful crowdfunding campaigns?

Key Takeaways from 7 of the Most Profitable Crowdfunding Campaigns

A Current Snapshot of Crowdfunding 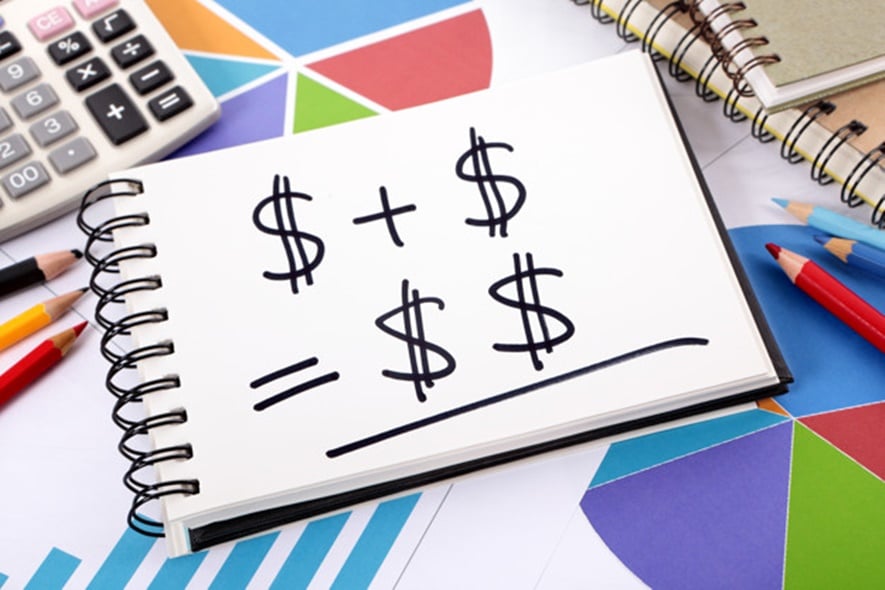 This practice has experienced dramatic growth over the past few years. The 2015 Crowdfunding Industry Report from Massolution offers a nice glimpse of how the total funding volume has increased between 2012 and 2015.

As you can see, the total funding volume has more than doubled each year. Furthermore, “A World Bank-commissioned study hypothesizes that global crowdfunding could grow to $96 billion by 2020. Of course, this is only a theoretical projection, and some experts view these numbers as inflated statistics under a best-case scenario.

But regardless, this data provides us with tangible proof that crowdfunding is on the rise. It’s trending, and it’s easy to see why. Crowdfunding is a preferable avenue of financing for many startups when compared with the more conventional venture capital.

An article from Forbes really puts things into perspective. “If equity crowdfunding doubles every year like the rest of crowdfunding, it could surpass venture capital as the leading source of startup funding.”

Just think about it.

Not to mention the inherent exposure that often comes with a crowdfunding campaign. It’s a natural catalyst for increased brand awareness. Even if you don’t meet your initial goal, the spike in long-term brand equity can be a definite game changer.

The bottom line is that crowdfunding shows no signs of slowing down. It’s a viable way to generate capital and allows smart, savvy startups to bypass many of the “gatekeepers” that may have held them back in years past.

Let’s now take a look at seven specific campaigns that were wildly successful and see what we can learn from them.

Some might say that the concept of the Exploding Kittens card game is ridiculous, sophomoric and juvenile. Cat lovers may even view it as crass.

But it didn’t stop the creators from generating over $8.7 million in backing from over 219,000 backers in 2015. It even reached $1 million in five hours after the campaign began. This blew their initial goal of a meager $10,000 out of the water. The “card game for people who are into kittens and explosions and laser beams and sometimes goats” has been a smashing success.

The main takeaway here is that a strong sense of humor and a simple yet fun concept tends to go over well with backers. Maybe this is why card games like Exploding Kittens and Cards Against Humanity have been so successful.

The creators also tested the heck out of the game on a Joco geek cruise to get input on what worked and what didn’t. They also make numerous tweaks based on the feedback they received from their audience (e.g. different designs and artwork). 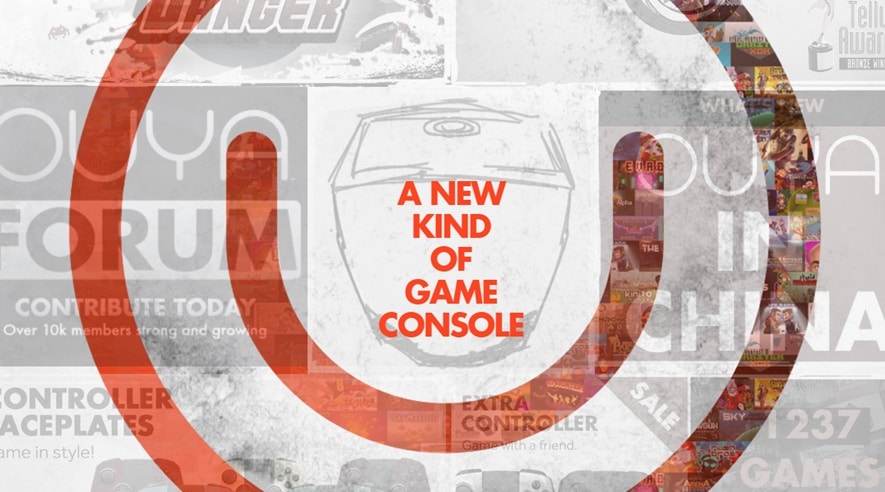 The OUYA is “a new kind of video game console” that created big waves in the gaming community. Powered by Android, it’s a product that allows essentially anyone to create a video game and allows other gamers to play it on their TV.

Like Exploding Kittens, the campaign was launched on Kickstarter and ended up earning just under $8.6 million from over 63,000 backers – no doubt a game changer (pun intended). All of this happened in just 29 days, and crowdfunding backers were rewarded with the console in 10 months after the campaign’s launch.

What can we learn from OUYA’s success?

It scratched an itch. Many people wanted to develop video games but didn’t have the money to do so (e.g. licensing and publishing fees). OUYA solved this dilemma by providing a platform for seasoned game developers and up-and-comers.

Also, they made an epic video. Check their Kickstarter page, and you’re almost guaranteed to be impressed with the professionalism and informative nature of their promo.

Oculus Rift is one of the preeminent virtual reality (VR) systems out there. It gained a lot of attention back in 2012 when it announced that it would be taking virtual reality to the next level and offer a fully immersive user-experience.

With a goal of $250,000, the Oculus Rift shattered it quite easily and ultimately hit nearly $2.5 million from over 9,500 backers. This all created quite a buzz, and the product received attention from the likes of CNET, TechRadar and PC Mag just to name a few. Thus, the company’s brand equity soared, and Facebook ultimately acquired it in 2014 for $3 billion.

Part of the success of the Oculus Rift was its collaborative atmosphere where the company openly invited game developers to be part of the development process. The prototypes received a lot of feedback from a lot of different people. They also created an in-depth video that gave potential backers a clear idea of how the product worked and why they should contribute.

According to the Crowdfunding Blog, the Pebble Time smartwatch was the most profitable campaign in crowdfunding history. When it was all said and done, the Pebble Time campaign received over $20.3 million from more than 78,000 backers. That’s incredible and shows the impact that an effective campaign can have.

However, Pebble Technology Corporation didn’t stop there and launched two additional campaigns for the Pebble Time 2 and the Pebble: E-Paper Watch for iPhone and Android. Combined, those two campaigns grossed over $22 million.

So obviously Pebble Technology is doing something right. For starters, they included “social proof” in the form of testimonials from companies like The Verge and Engadget. Also, their campaign page is highly visual and contains plenty of images and videos to explain the full spectrum of features and benefits.

Would you believe that a honey-harvesting shed could generate over $13.2 million? Flow Hive made it happen with their signature product that aimed to make the life of beekeepers much easier.

Their Indiegogo campaign “created quite a buzz” and gained attention from behemoths such as Forbes, Mashable and Fast Company. The campaign page was incredibly detailed offering multiple videos on how the product worked, the features and benefits. There’s even an infographic that explains the individual components. You could also find user testimonials singing the praises of Flow Hive.

This is an automaker that’s responsible for creating a futuristic looking, three-wheeled car. By most accounts, it’s quite sleek and sexy. The amazing thing is that Elio Motors was fixated on cost savings and strove for the vehicle to only cost a miniscule $6,800 – making it available to a large number of consumers.

The end result was their campaign totaling roughly $42 million in 2015 – the biggest campaign of that year by a landslide. It ended up receiving more than $300 million in pre-orders.

Part of the appeal of the Elio (besides being incredibly affordable) was its emphasis on being fuel-efficient and eco-friendly. This is clearly pointed out on their page on Start Engine. Like most other successful campaigns, Elio had plenty of social proof with mentions from The New York Times, CNN, Fox Business and so on. Also, their page is very in-depth and explains the nuts and bolts along with providing plenty of visual imagery.

It’s got it all. The end result was the BauBax Travel Jacket receiving over $9.1 million from nearly 45, 000 backers. This made it the fourth most funded project in Kickstarter history. But what made this campaign so successful?

Well, like most others, their Kickstarter page was meticulous and detailed. It showed how the jacket worked step-by-step, explained different practical uses and even the ideal temperature range. The brand equity of BauBax was lifted to massive heights because of an insane amount of news coverage and an endorsement from CNN Money who called it “the Swiss army knife of travel wear.” 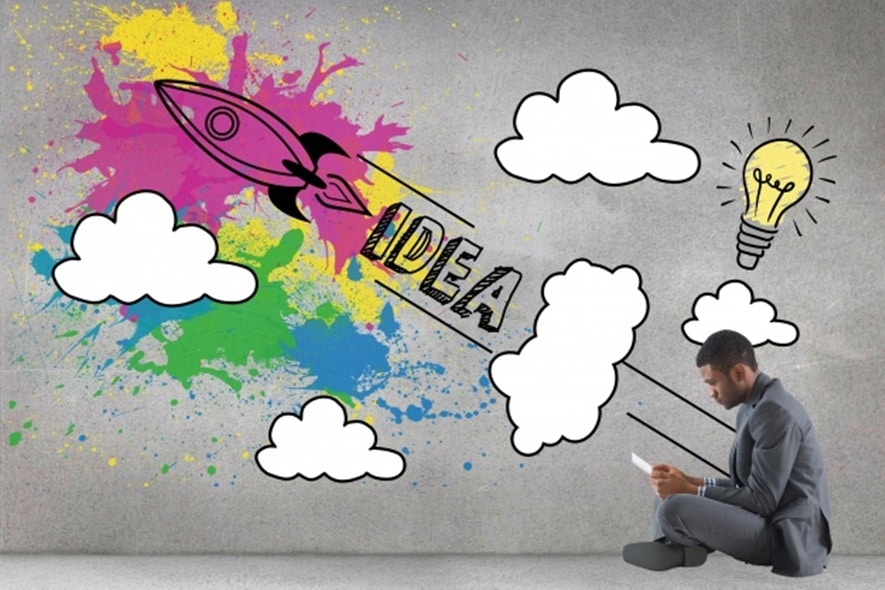 So what are some commonalities among these campaigns?

There are four main areas of overlap that are most apparent.

In terms of platforms, Kickstarter appears to be the best choice in terms of total amount of money pledged and a number of pledges. For instance, a 2014 infographic from Shopify found that Kickstarter had resulted in $1.2 billion pledged with 15.8 pledges, while Indiegogo had only resulted in $378 million with 4.9 million pledges. In fact, the majority of campaigns we covered here took place on Kickstarter. 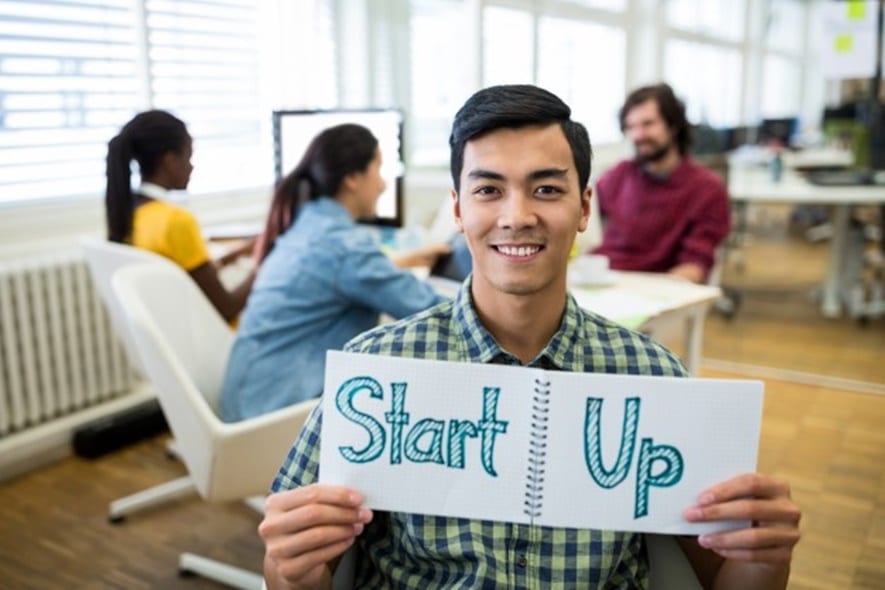 More importantly, what can aspiring entrepreneurs learn from these startups?

One of the biggest challenges that startups face is achieving credibility and establishing trust. Let’s face it, there have been a lot of campaigns that have fallen short of their mark and have undelivered on their promises. This has created an underlying sense of skepticism for many would-be backers.

Gaining credibility is easier said than done. We’re living in a day and age where a brand’s reputation can take a major hit with just a few unsavory comments on social media. But there are a few specific strategies that startups can utilize to improve their credibility and build social proof:

According to Fast Company, “Success or failure on crowdfunding platforms is usually determined in the first 24 to 72 hours. This means you need to be working on PR at least four to eight weeks ahead of the launch.”

Campaigns that achieve success have a knack for simplifying things and showing potential backers precisely how a product works. For instance, Flow Hive presents an eye appealing infographic explaining how honey is ultimately collected. The BauBax Travel Jacket offers a step-by-step presentation highlighting its core features. After browsing over the campaign page, people understand how to use the product and what its specific benefits are.

It’s also important to get a product “just right” before ever fulfilling orders and making shipments. Companies like Exploding Kittens, OUYA, and Oculus Rift were diligent about getting ongoing feedback throughout the prototype construction process and beyond. They wanted to make sure that the final product not only met expectations but exceeded them. This is something that new startups should keep in mind. Adjustments will inevitably need to be made, so it’s important to be flexible and open to outside opinions.

There’s one final small but interesting trend. Many of the more successful crowdfunding campaigns included images or videos featuring the team behind the product. For instance, Exploding Kittens, Oculus Rift, OUYA and Flow Hive seamlessly incorporate the creators/team members into their campaign page. This is important because it lets the public and potential backers know a little bit more about the project and gives it more of a personal feel. It can also provide a window into what a company’s culture is like.

Crowdfunding has evolved a lot in recent years. It provides businesses with a legitimate means of generating a high volume of capital in a relatively short period of time. The success of platforms like Kickstarter and Indiegogo is only going to fuel the crowdfunding revolution even further.

In fact, it could surpass venture capital by 2020. But for startups to have success, they need to understand which strategies to implement and take lessons from the best.