Out of all the revolutionary discoveries mankind has been blessed with since the start of time, electricity is arguably the most important one out of them all.

Today, it is extremely difficult to imagine a world without electricity let alone living in one. Appliances, critical systems, and even cars—all of what works and benefits humans in the modern age are all powered by electricity.

The dependence on electricity is so staggering that estimates suggest more than $3 trillion is spent per year on electricity only, with half of that figure being contributed by commercial buildings.

Obviously, the more the world advances, the higher the demand for electricity which also leads to a higher supply to satisfy that demand.

However, the main problem with this is that both demand and supply are unpredictable in the power industry.

For example, the demand to use electricity as a way to power cars is negligible 10 years ago but today, more and more people are purchasing electric cars. Yet, that demand is hard to predict; how do power plants prepare to accommodate the demand if it skyrockets in a short period of time?

At the same time, power plants also face the problem of supplying a constant output of power. This is evident in the use of wind turbines to generate power. When there is no wind, the wind turbines are not that useful and in the case of favorable conditions, excess power may be generated.

Of course, there are approaches to solve all the problems mentioned above but those are used to make best of the situation, not to stop the problems completely.

All of the things mentioned above leads to inefficiency which causes higher costs to both system operators and end users which is not what we want in an advancing world.

Hence, there needs to be a viable solution that will help to reduce inefficiencies in the power industry. 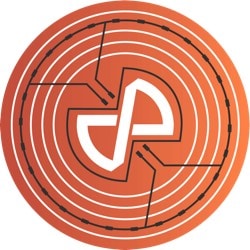 Robotina is a company that uses a combination of AI, the Internet of Things (IoT), and the blockchain (among a list of other technologies) to revolutionize and improve the power industry by changing how people use power.

They do this by:

Robotina is not a new face in the power industry; the Slovenian-based company has already been in existence since 1990 when it first started out as a subcontractor before moving into smart technologies and end-to-end solutions as of today.

The company has multiple big-name projects under its belt along with a seal of excellence from the EU Commission and is led by Devid Palcic, the CEO of Robotina.

Palcic is also the honored receiver the highest national business award in Slovenia which backs up his capability to lead the team to deliver their goals.

As mentioned earlier, Robotina uses AI and IoT to change how electricity grids are used in houses (or places) that use Robotina’s technology.

A key feature of Robotina’s products is that it can monitor the consumption of energy in a household which is then used by the platform’s AI algorithms to automatically determine its level of service hence maximizing efficiency. Users can also view this data as its kept transparent for users to keep track of their own power consumption.

To do this, Robotina uses smart grids which are essentially advanced electrical grids that use smart meters and devices for communication and optimization between connections.

Aside from monitoring power consumption, smart grids are specifically designed to be an improvement over traditional electrical grids in terms of efficiency and cost in three areas: power generation, distribution, and consumption.

Firstly, Robotina uses smart devices that automatically turns off devices when they are not in use. To further improve cost saving, devices can also be automatically turned on during periods when it’s the cheapest to use. Integrated with the platform itself is a marketplace where users can trade excess power among a list of other features (which will be explained in a later section) to earn extra income.

In line with the company’s standards, Robotina emphasizes user privacy in its features. All data gathered in the Robotina platform are processed anonymously by products and devices; users can sell their data to companies but they can also keep it private if they wish to do so as Robotina does not force the user to disclose their info publicly.

Users will interact with the hardware and the Robotina platform via a web and mobile interface called The Commander. Its main function is to provide control over connected devices in a user’s home as well as several other features.

The Commander also allows users to: 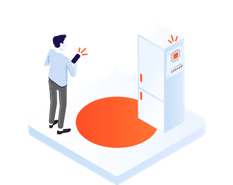 One of the features of Robotina is the Home Energy Management System (HEMS) which acts as the core of the platform. The HEMS is a smart device that Robotina users can buy and install easily in their own homes to keep track of total energy consumption levels.

HEMS is also used to communicate with the Robotina protocol and with the platform’s technologies; it is also capable of optimizing a user’s electricity consumption based on real-time data.

An added feature of the platform is the Robotina Marketplace as mentioned earlier. Transactions take place in the Robotina marketplace which allows users to take part in certain activities and features.

The sectors available as of now are

Integrated into the platform is the Community Book, Robotina’s interest-based social networking platform. Just like standard social networks, users can post updates or statuses from connected devices (e.g posting about how much energy is saved in a period of time) and they can choose to share it publicly or among a group of selected users.

The Community Book aims to become the first ever social network to connect people, devices, and businesses together to allow a new form of interaction to happen in Robotina’s community.

Robotina will be launching a token sale for the ROX token, the platform’s official utility token. ROX will be used to power transactions in the platform’s ecosystem.