September, the time of year when the summer holidays come to an end and millions of Brits restart their daily commute back to work. The 16 percent of individuals who find commuting a constant cause of stress, might want to gain advice from their co-commuters who try to stay relaxed during the journey. Some tips included listening to their favorite music or audiobook, or using technology, like voice activation, to make calls and stay energised (43 percent). However, since only 5 percent are open to chatting with co-commuters, you are likely to face a lack of response if you make conversation…

These insights into the behaviour of British commuters came to light following research1 from Jabra. Whilst commuting to work, most people listen to music (37 percent) but surprisingly, only 7 percent check emails or work documents. The likelihood of this, is people still see their journey to work as personal time and not a time to be thinking about work. 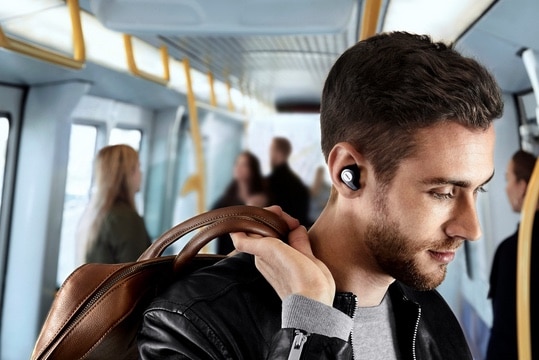 Despite all best efforts to make the daily commute as comfortable as possible, there are still several annoyances commuters have to deal with. The top five frustrations consisted of delays (29 percent), crowded public transportation (11 percent), the costs (8 percent), wasted time and lack of productivity (8 percent) and the constant noise levels (7 percent). In particular, the generation of 18–34 year olds considers the lack of productivity irritating. In comparison to other parts of the country, Londoners get more aggravated by all the noises around them (14 percent) – which is presumably not unexpected for a buzzing metropole like the capital.

Steven Evans, Managing Director, Retail and Online, Jabra EMEA North: Jabra said: “The research shows that when people are not using their commute to sleep or simply stare out of the window, technology-driven activities, like making calls, reading an audiobook or listening to music and podcasts, are essential for making the journey bearable.”

“Six in ten consumers2 are interested in using voice activation to control their smartphones – a feature we see as a major future driver for the adoption of this kind of wireless on-the-go communication. Together with Active Noise-Cancellation (ANC), voice activation is one of the key technologies in headsets that adds value to one’s commuting time by making it both more relaxing, productive and socially enriching.”

Feature such as voice activation, ANC and superior sound quality can be found in Jabra audio devices, with the Elite series and the Talk range providing the perfect commuter accessory. For more information, please visit www.jabra.co.uk.

About Jabra
Jabra is a leader in engineering communications and sound solutions – innovating to empower both consumers and businesses. Proudly part of the GN Group, we are committed to letting people hear more, do more, and be more than they ever thought possible. Through sound, we help transform lives. Jabra engineering excellence leads the way, building on 150 years of pioneering work. This allows us to create integrated headsets and communications tools that help professionals work more productively; and wireless headphones and earbuds that let consumers better enjoy calls, music, and media. Jabra employs close to 1,100 people worldwide, and reported annual revenue of DKK 4bn in 2017. The GN Group, founded in 1869, operates in 100 countries and delivers innovation, reliability, and ease of use. Today, GN employs more than 5,500 people, and is Nasdaq Copenhagen listed.