Whether you like his political agenda or not, President Donald Trump has clearly altered and energized today’s business climate. His plan to deregulate the commercial capital sector suggests a host of new growth opportunities for entrepreneurs and early-stage business operators, who currently depend on crowd-based capital to move their projects forward. In 2012, when the original v Jumpstart Our Business Startups (JOBS) Act was enacted, equity crowdfunding (EQCF) was largely marginalized, due to numerous regulatory obstacles driven by hosts of SEC-driven policy limitations.

Over time, however, these regulatory issues evolved, including the Title II rule-set, primarily oriented to establishing a framework for dealer-broker operations, and an expanded Title III effort, that allowed commercial firms to offer and sell securities by means of crowdfunding. In the latter case, the specifics of the Title III rules were as exciting as they were necessary by creating an ability to; “permit individuals to invest in securities-based crowdfunding transactions subject to certain investment limits”.

The rules also limit(ed) the amount of money an issuer (could) raise using the crowdfunding exemption, impose disclosure requirements on issuers for certain information about their business and securities offering, and create(d) a regulatory framework for broker-dealers and funding portals that facilitate the crowdfunding transactions.

As a consequence of these final rules, the premise of equity crowdfunding could be fully-actualized by actively attracting smaller, populous investment; rather than keeping early-stage innovators from needed capital; simply because their business or product models offered too much risk to qualify for traditional loan servicing.

The immediate impact was startling; where numerous equity crowdfunding outlets began to emerge oriented to various market sectors including; PeerRealty, CircleUp, Wefunder, Localstake and others.

These EQCF sites were further supported by specialized advertising, promotion and investment service outlets such as Crowdfunder and Fundable. Altogether then, the newly-won EQCF value created a host of opportunities to attract and foster small investor pools, without any serious need to involve previously ponderous, and sometimes costly investor validation policies.

In the midst of all of this promise, it should be remembered that the 2016 election cycle suggested a mixed bag for EQCF operators. However, while Clinton ‘appeared’ to be the dominant player throughout, when it came right down to it, Trump ended up winning the Presidency. This sudden change in political and economic fortune suggested a long list of ‘un-knowable’ investment elements since Trump’s rhetoric on the campaign trail was often marked with uncertainty.

That said, however, his formal economic positions suggested otherwise, including significant business tax reductions and regulatory reform. Now, after only a month into his presidency, Trump is already begun to take aim at business constraints that have existed for decades, and all of this activity appears to be oriented to more, not less, entrepreneurial growth.

Real-world players and some of their thoughts

Consequently, we wanted to hear from a couple of on-the-ground players in various EQCF segments, in an attempt to define and gauge the value of Trump’s early-days presidency, and how his approach might apply positively in the future. To make things simple, we utilized a simple questionnaire to establish some consistent ground rules.

According to the company’s ‘About’ page, “EnergyFunders is a cutting edge Financial technology platform dedicated to disrupting the way people from all over the world invest directly into energy investments, starting with oil and gas.

This multi-billion dollar industry has had very little financial innovation in the last 100 years. With the massive changes in regulations, EnergyFunders is at a crossroads between securities law, equity crowdfunding, and technology.” 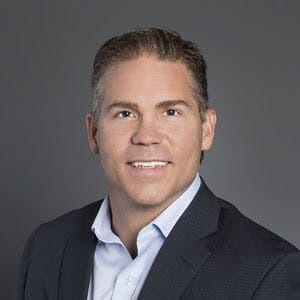 To set the scene, what are your general takes on Trump’s projected business agenda?

Minshew: Under President Trump, there is the promise of a drive towards a strong energy independent country. This is an agenda that will benefit not only our fintech crowdfunding platform, EnergyFunders.com, but our entire country. We are focused on providing capital to the independent oil and gas operators in America, which in turn creates jobs. There are tens of thousands of jobs that are created from all of the independent oil/gas operators in the U.S., and we want to see them succeed.

In the previous context, what at-large EQCF up and/or downsides do you foresee going forward?
Minshew: EQCF will continue to get stronger as more and more people move towards investing in well-known online platforms. We haven’t seen any negative signs that the new Administration is moving to change any rules or regulations around the way we raise capital online. We only see increased adoption around EQCF from more and more people from all different background and industries. We are seeing a lot of real estate crowdfunders now looking for tax advantages, so they navigate to oil and gas investing to offset passive income with the opportunity to see great returns. We only see good things on the horizon.

Are there any particular threats to Reg A+, or the continued legitimacy of crowd-sourced capital on the near-horizon?
Minshew: I don’t see it any particular threats to Reg A+, and neither does our team. We are constantly staying involved and aware, however for many years the SEC has been planning to ensure investments into startups, real estate ventures, and oil and gas are online and trackable – just like the banks moving away from cash. EQCF gives the SEC more visibility into who is investing, and it all can now be online, manageable, and trackable. We see this only a positive moving forward.

Inversely, any particular advantages?
Minshew: As I previously mentioned, entrepreneurs have been raising money for hundreds of years, and it hasn’t always been visible to the SEC. The move to financial technologies, i.e. EQCF platforms like EnergyFunders, give these alternative investments some traceability with the SEC having to modify its current infrastructure.

LeveragePR is a full service public relations firm operating at the intersection of business and creative strategy.

“LeveragePR is a full-service public relations firm operating at the intersection of business and creative strategy. Straddling social and traditional media, our team works hand-in-hand with clients in technology and finance-related fields to help them achieve their business goals through integrated communications campaigns. With niche expertise in crowdfunding and the JOBS act, we have helped dozens of companies turn gold-medal concepts into thriving brands, establishing their credibility through earned media, targeted speaking opportunities and insightful thought-leadership.” 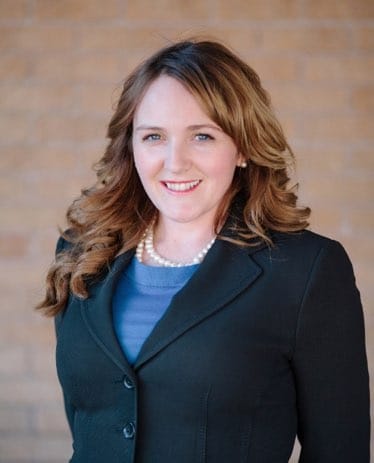 To set the scene, what are your general takes on Trump’s projected business agenda?

Schloffler: Only time will tell. While his rhetoric is beyond crazy, many business leaders I know on both sides of the aisle say he is executing items behind the scenes that will make very positive impacts to the economy and job market—especially where capital formation comes into play.

In the previous context, what at-large EQCF up and/or downsides do you foresee going forward?
Schloffler: I think that he will be an advocate of making it easier to get deals done which is a major upside. On the downside, his saber rattling is starting to lead to foreign markets making capital inflows to the U.S. harder which could hurt global crowdfunding platforms looking to invest in U.S. markets.

Are there any particular threats to Reg A+, or the continued legitimacy of crowd-sourced capital on the near-horizon?
Schloffler: None that I am aware of.

Inversely, any particular advantages?
Schloffler: None that I am aware of.

General views from the EQCF market

Trump’s policy can alleviate some of the red tape with the current crowdfunding regulations.

RocketHub CEO Ruud Smeets recently offered his Trump takes in the January 2017 edition of Entrepreneur Magazine; “Any abrupt change in the political landscape is a challenge and can have ripple effects throughout one’s business.”

“Having a strong support ‘crowd’ can be a great benefit to any entrepreneur, especially in times of change. The emerging Trump presidency may create more volatility, but it also holds the promise of potentially bringing less regulation and more freedom for innovation and entrepreneurship. That would be good news for alternative funding options like crowdfunding, which still is a highly regulated market space with certain barriers to growth.”

“With Trump’s business background, American innovation and job creation should flourish.”
“At our crowdfunding marketing agency, we’re seeing a flurry of activity in the equity crowdfunding space in hopes that Trump will alleviate some of the red tapes with some of the current crowdfunding regulations.” 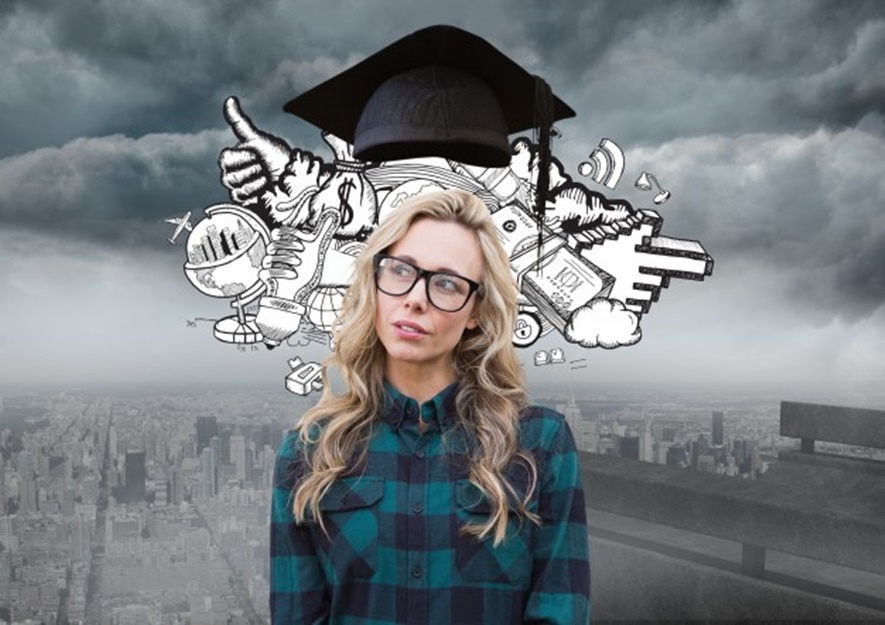 Given Trump’s business background and his historical bent toward streamlining bureaucracies rather than creating them, there are a number of elemental opportunities associated with near-term EQCF. Trump’s administrative orientation tends to suggest that crowd-based capital outlets will be well-positioned to support small business market disruptors, in addition to more traditional business models.

Due to Trump’s interest in deregulation, a general translation away from large public security investment, and toward increased EQCF capital investment by small business, is entirely possible. Given current levels of market volatility, many small-cap entities and/or early-stage entrepreneurs may see the public market as being too hot to handle. Consequently, a Trump-driven regulatory devolution may excite and further accelerate small investor interest in the crowdsourcing space.

Trump’s interest in infrastructure renewal, suggests that more entrepreneurs are likely to attempt business starts in this market space. However, many innovative products may also represent early-to-market risks that are beyond traditional loan qualification levels; or suggest near-term (3-5 year) revenue projections that offer profit levels that at-large public security investment is seen as unattractive. In this case, then, the EQCF segment can provide both a degree of soft-landing capital for small business start-ups, in addition to offering a place for bootstrapped companies to mature without the continual pressure of costly capital outreach efforts.

Significant media noise associated with the potential of bank deregulation, and particularly, constraining rules associated with Dodd-Frank are rampant. However, even if the Trump administration manages to entirely mitigate this currently unfortunate financial downside, it will take considerable time to turn local capital outlets into legitimate small business partners again. Consequently, in concert with other elements of the President’s economic plans, more interest in omnibus business growth is likely to appear in the crowded space as a matter of rule, rather than the exception.

Go to top
Conclusion
Altogether, then, based on the aforementioned comments, and various agendas that are already being acted upon, the EQCF sector ‘should’ be able to realize new growth and stability over time. Of course, as the old saying goes; ‘business is business’ so one might also remember that anything is possible.