Viberate have proudly announced their collaboration with Imogen Heap – an exceptional and inspiring award-winning artist, known to be an early adopter of the blockchain.

With the synergy of two important players in the music industry, the future for the artists, event managers, booking agents and venues looks bright.

Heap and Viberate.com will work creatively towards empowering those in the live music segment in listing and mapping the global live music ecosystem by building a database of profiles for musicians, venues, agencies and event organizers. The project’s goal is to set a standard for the live music industry and connect the stakeholders in a way that they will be able to get in contact and do business with one another directly on the platform.

Vasja Veber, Viberate’s co-founder, and COO, says that Imogen Heap is the best celebrity ambassador they could imagine: “Influencer marketing has been a hot topic lately and as a music service we are always on the lookout for partnerships with famous musicians. Imogen is not only one of the best artists out there and an inspiration to many of today’s superstars, she is also widely known for getting on the blockchain train before it was cool. We respect that and that is why we are so excited to have her on board.” 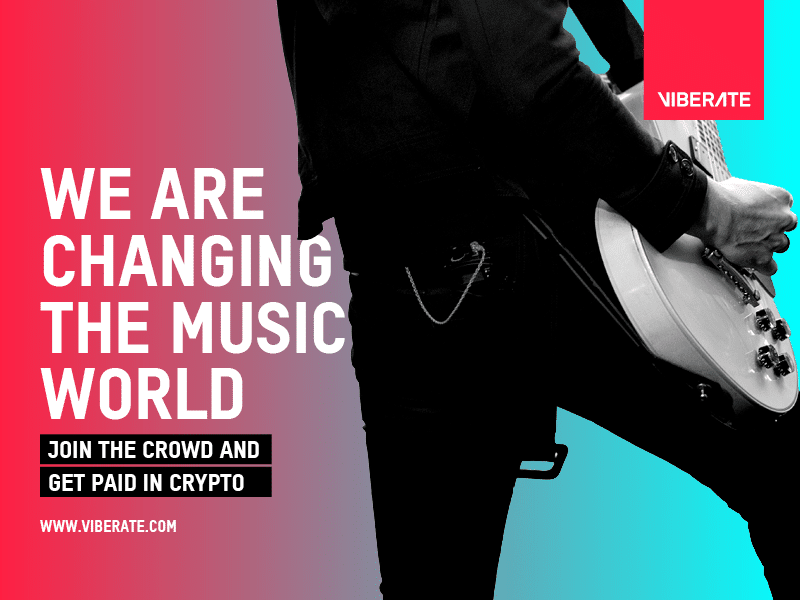 The vision of the two-time Grammy Award-winning artist is a sustainable music industry ecosystem. With her Mycelia Creative Passports project, she is working on new potentials for music makers and the services who interact with their works in light of the distributed ledger technology and smart contracts. She says: “Blockchain has become the long overdue catalyst for the music industry to update its policy and business models toward music makers and to provide quicker and seamless experiences for anyone involved in creating or interacting with music“.

Once she discovered Viberate’s mission, she felt excited about the opportunities Viberate could give to the music industry: “Anything that involves music makers being independent and having space where they can reach out to anybody who wants to make business directly with them is a really positive thing.”

Heap’s main role in Viberate’s advisory team will be to help further guide us toward a second to none service for the live music segment, that truly works for the music maker from a user perspective and to share with her peers in the music industry and millions of fans about Viberate.com.