Developments in technology and the world’s economy has seen global levels of demand and supply spiking to an all-time high—but there is a very worrying problem with it.

While humans have certainly benefited from this, the rapid progress of modern civilization has left unwanted effects on the world that we’re living in. Of course, progress is vital for mankind to continue surviving as time goes on but we also cannot deny that the Earth is changing quickly for the worse and that’s a huge concern.

One of the biggest problems we’re facing now is climate change and shockingly, industries and businesses are still not giving enough attention to it—almost as if we’re asking for climate change to happen quicker instead of slowing it down.

While human activities are not the only causes of climate change, a huge part of it still comes from us and we should ideally be doing more things to prevent or at least slow down the process of climate change.

Scientific evidence in the past years has shown that ice caps are melting at record speeds while temperatures and atmospheric concentrations of carbon dioxide are rising to dangerous levels all over the world.

The use of renewable energy as alternatives to traditional power sources has alleviated the situation a little but there remain concerns about the cost of using renewable energy.

Both businesses and consumers have to fork out a lot of money for the use of renewable energy which is an issue as the cost to efficiency ratio is not good enough for most people.

Thankfully, recent innovations and technologies such as the blockchain have led to several solutions to overcome these problems and one of the most promising solutions comes from Zero Carbon, a blockchain-based project set to shake the industry with its unique approach to how energy is consumed today.

The Zero Carbon Project is a project that aims to overcome both climate change and problems in the renewable energy industry by utilizing the properties of the blockchain.

The goal of the project is broken down into two stages: a) to cut down the price of energy to be lower than the current prices of renewable and fossil fuel energy and b) to engage with the company’s incentive-based model which rewards users for engaging with the Zero Carbon Project.

By using the Zero Carbon Project, users will have access to cheaper energy contracts which integrates international carbon credits to balance out carbon emissions.

Zero Carbon will be launching in the UK first later this year with the team planning to enable global access by 2019. Of course, having such ambitious plans combined with an extensive roadmap would require a dedicated team to manage it which is exactly what the project is doing.

The Zero Carbon project is a subsidiary of Beond, an award-winning energy and carbon consultancy firm based in London. Leading the team of talented individuals in Zero Carbon is company CEO, Derek Myers, a successful entrepreneur with a wealth of experience in the field as well as being a staunch supporter of solving climate change.

How does Zero Carbon work?

The Zero Carbon project approaches the issue of climate change by directly reducing carbon emissions across the globe.

They do this by using a system that incorporates international carbon credits to balance the carbon emissions of energy contracts in a way that makes it much more cost-effective than using renewable energy on its own.

Not only is the cost of using this system significantly cheaper than the cost of renewable energy, it also reduces the same amount of total carbon output at a fraction of the cost!

Not only do consumers enjoy cheaper energy prices, they’ll also be rewarded for their contributions in overcoming climate change while energy providers gain more customers due to the lower costs—a win-win situation for all parties involved in the ecosystem.

In terms of consumers acquiring electricity packages from suppliers, they can do that through Zero Carbon’s market where energy suppliers can list and offer their energy contracts to consumers.

Like a regular marketplace, consumers have the ability to choose among a list of suppliers and Zero Carbon will show relevant details such as the electricity cost or perks offered by each supplier to help consumers make better decisions.

As of the time of writing, there are 12 energy suppliers that are already working with Zero Carbon to offer their services on the platform. 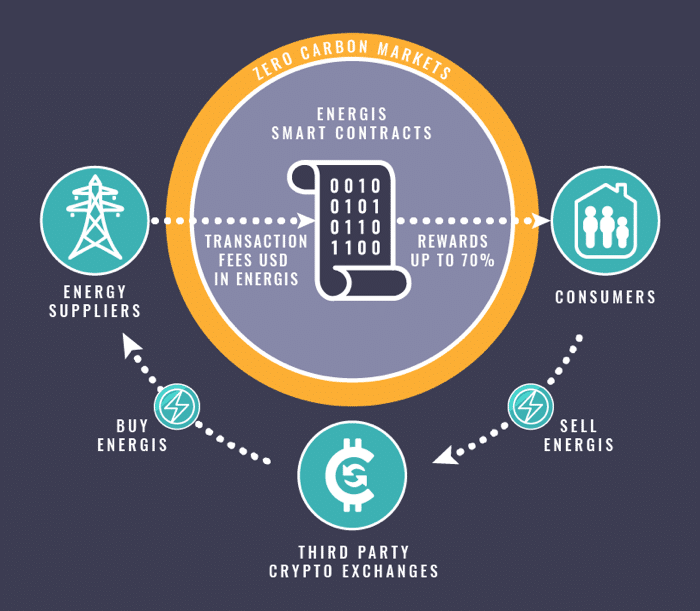 The team also understands that there are many people around the world who are restricted by regulated electricity markets which is a situation where choosing between energy suppliers is simply not possible due to government regulations—a fact that essentially denies these people from participating in Zero Carbon.

To overcome this problem, Zero Carbon has come up with a service designed specifically for these consumers which allows them to purchase international carbon credits from Zero Carbon’s market and receive the benefits of the platform just like every other user.

The points mentioned above are highlights of the features available in Zero Carbon, all of which can be read more in the official whitepaper. 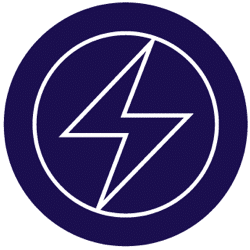 Zero Carbon will be holding a token sale for the NRG token which will be used to power transactions in the platform.