ARCHOS is providing cryptocurrency enthusiasts with the perfect hardware wallet to secure their bitcoins and other currencies, to ensure cold storage of private keys and to prevent hacking attempts. Unveiled at the MWC 2018 (Hall 6 – Stand B60), the ARCHOS Safe-T mini will be available starting June 2018, at 49.99 €.

ARCHOS is an active member of the SYSTEMATIC PARIS-REGION cluster who has created a specific branch Digital Trust & Security aiming to promote and develop worldwide champions in cybersecurity. ARCHOS Safe-T mini is in line with the dynamics of this thematic group, which, on the cryptocurrency, has partners like Secure-IC, OCamlPro or Gemalto. Digital Trust & Security has also supported and facilitated the emergence and deployment of major collaborative projects such as iTrac or MoneyTrack.

ARCHOS Safe-T mini connects easily to a computer or a mobile device using a micro USB cable. Once having set the required 4 to 9 digit PIN password, it generates and safely stores a private key. Every transaction is displayed on the screen and must be physically approved using the buttons of the wallet. It allows managing the sending and receiving of coins from other wallets in a very simple way. In case the hardware wallet is broken, lost or stolen, the holder benefits from a back-up thanks to the recovery seed key. 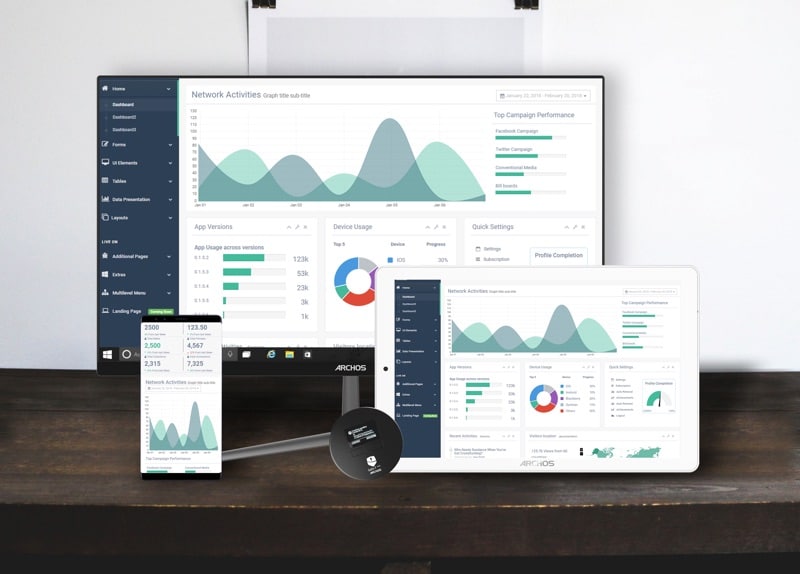 The ARCHOS Safe-T mini is compatible with the following software: Electrum, MyCrypto, GreenAddress/Greenbits and Mycelium. It supports Bitcoin, Bitcoin Cash, Dash, Litecoin, Zcash, and Ethereum and more to come.

In 2018, ARCHOS will start addressing vertical markets to meet the needs of cryptocurrency holders, with new features allowing users to:

ARCHOS has elected DomRaider Group as its first partner. The two French companies will promote the ARCHOS Safe-T mini towards the DomRaider community and to secure auctions on a worldwide scale.

DomRaider Group has recently completed its highly successful ICO campaign exceeding the target by selling 560 million tokens to contributors around the world using its DomRaider Token (DRT) as a payment guarantee.

ARCHOS, a pioneer in consumer electronics, continues to innovate and revolutionize the consumer electronics market. Among others, the French manufacturer was first with an HDD MP3 player in 2000, a multimedia player in 2003, Google Android powered tablets in 2009, a connected Smart Home in 2014 and PicoWAN, the first collaborative network dedicated to the IoT, in 2016. Today, ARCHOS offers its own line of tablets, smartphones and connected objects worldwide. It also markets and distributes high-value innovative products associated with the tablet and smartphone markets: urban mobility, smart entertainment. With headquarters in France, offices in Europe and in Asia, ARCHOS has become a strong pan-European player and is furthering its international expansion.

About the DomRaider Group: Initially specialized in selling expired domain names through auctions, DomRaider took a step into the blockchain world when it successfully concluded its ICO in 2017. Now revolving around several activities, the DomRaider group has created four websites to make a clear separation between the different services it offers.