Ever since man dwelled in caves, his need for safety was greatest. Things have not changed, but nowadays, we have a way wider arsenal of gadgets at our disposal, with one being the shining example: Security Cameras.

From our smartphones and wearables to our laptops and consoles, our devices are now connected for additional convenience. Therefore, the smart security camera movement didn’t take long to catch on, with cameras now having access to Wi-Fi networks in order to store footage on the cloud or to send notifications to your phone whenever something’s off.

If you are looking to get your hands on one of these extremely-developed security cameras, here is a list of the best and most innovative ones currently on the market. 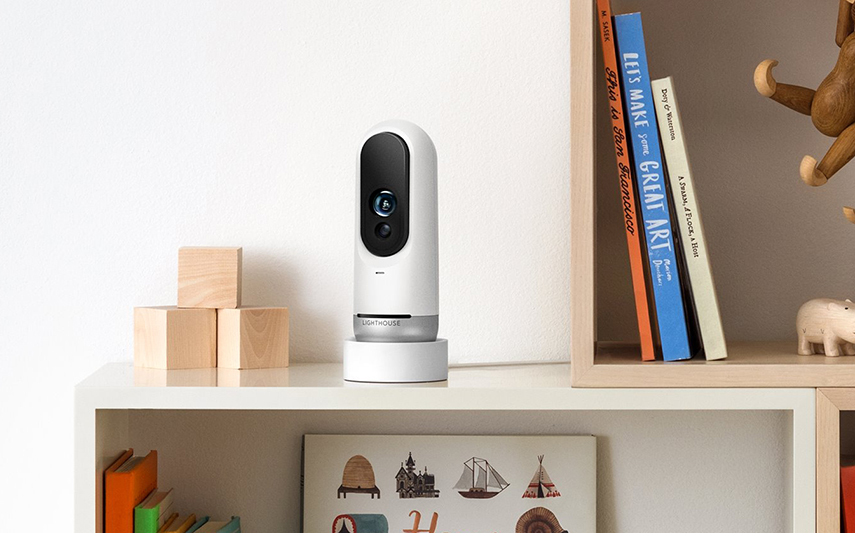 The first one on the list is “so much more than the best security camera”. How so? It doubles as a personal assistant, like the Amazon Echo, but it also contains an advanced security system.

Being a complete security system, it allows you to live stream your home from any device supported in 1080p, sends you snaps of whatever triggered its alarm on your phone so that you can choose whether to call the police or sound an audio cue to scare potential burglars off, and it can even recognize persons and supervise your home at night.

The interesting part about its assistant features is that because the Lighthouse AI is able to recognize certain objects and persons, you can talk to the assistant and ask it questions such as “What did the kids do while I was gone?” or even set it to “ping” you on your phone whenever something specific happens (or doesn’t happen), such as someone coming home or nobody taking the dog for a walk in the morning.

Perhaps one thing that drags the Lighthouse AI down is its awkward design. Trying to emulate the Amazon Echo’s big tubular shape, this security camera is easy to spot, and therefore easy to avoid once you know its location. However, there is the (costly) option of mounting several Lighthouse devices in your house, if you want to go for complete protection. 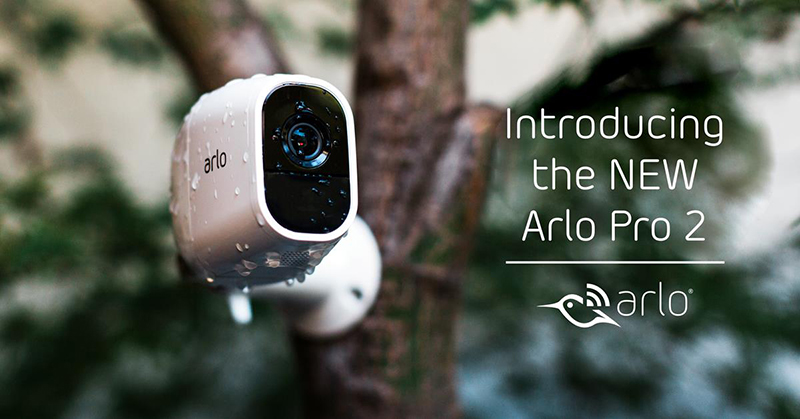 This line of security cameras is created by NETGEAR and has several models tailored for different needs. The wire-free models, Arlo and Arlo Pro, along with the mobile model, Arlo Go offer mostly the same features in terms of security, differing the only inconvenience. That being said, all three models are 100% wire-free, IP-65 certified weatherproof, offer HD video and night vision, as well as motion-based alerts to your phone. However, the Arlo Pro has a smart siren in the base station, as well as multiple advantages shared with the Arlo Go, such as using rechargeable batteries, a 130 degrees field of view, local storage as well as audio support for audio-based alerts.

The powered models, Arlo Q and Arlo Q Plus offer much of the same features, with the difference being that they can store up to 7 days of video footage on the cloud for free, which is then accessible using any compatible smart device. This free offering supports up to 5 cameras on the same network and comes with limited support for 3 months. If you want to add more cameras to your network, or store footage on the cloud for longer periods on time, you can opt for the Premier or Elite subscriptions, which cost $99 per year, respectively $149 per year.

Another model is the Arlo Baby, which is a security camera with two-way communication, in-built lullabies functions, air sensors and a night light, which makes it a great addition to any baby’s room, giving parents their peace of mind.

Users can program Arlo’s schedule to fit their own, in terms of supervising certain areas at certain times, as well as receive notifications to watch live whenever a motion or audio trigger was set off. 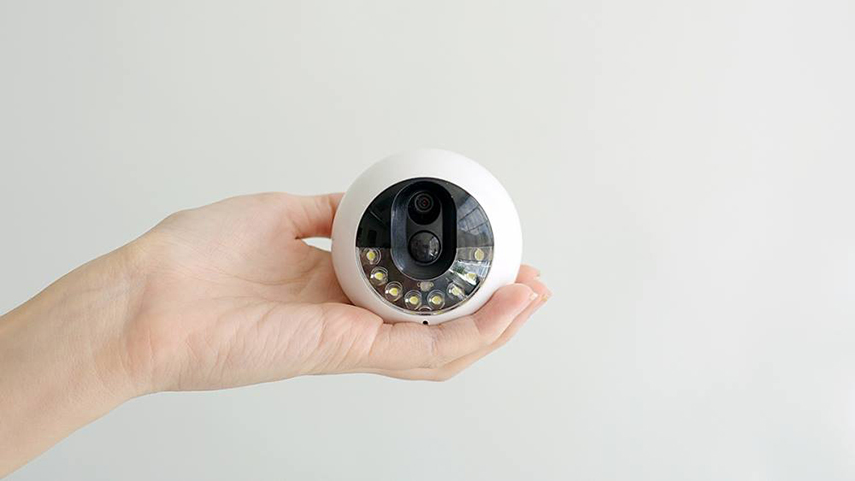 While the name may not make you think of a professional security camera, Homeboy is an accurate representation of one. It may not bring a lot of innovation with its security features, but it certainly comes a long way in terms of convenience and ease of access.

Homeboy is easy to set up, as it mounts magnetically with its base, and is able to pivot and point in any direction, it doesn’t use wires or rechargeable batteries, meaning it only needs to be recharged every 3 months, and it seems to understand the woes of low bandwidth: whenever it runs on low-quality Wi-Fi, it only sends 5 to 30 second clips instead of continuously streaming with interruptions and low quality.

Much like the Arlo line of products, Homeboy offers free video history for 12 hours, after which it is deleted. The video history is accessed through the official Homeboy app, available for free on Google Play and on the Apple App Store, and can be extended to 30 days of cloud storage for $4.99 per month, or $49.99 per year. Whether the 12 hours seem enough or not doesn’t matter, as you can download any videos you want within that time period.

Homeboy is also able to connect to other devices on your networks, such as the Phillips Hue or Nest Protect through IFTTT, enabling hundreds of interactions that will make your life easier. 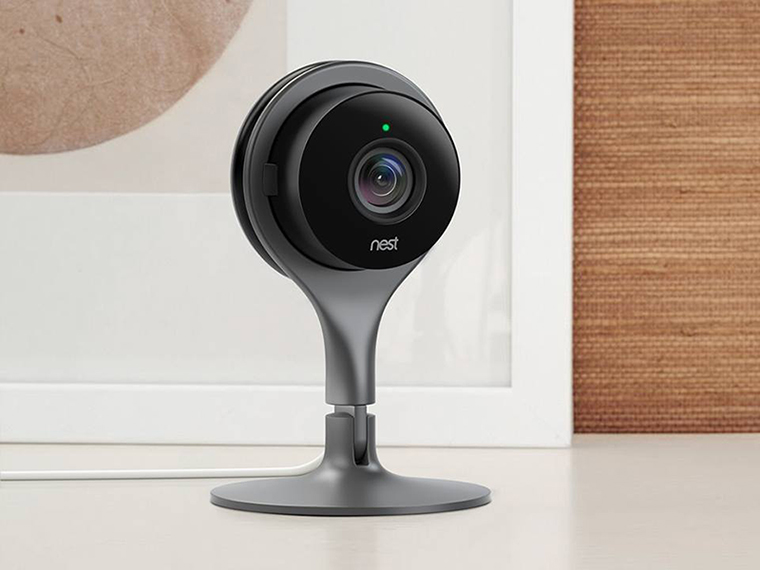 A brilliant indoor solution, Nest Cam Indoor doesn’t necessarily revolutionize the security camera, but it sure offers a great example of clever design and functionality. The main feature of the Nest Cam is that you can also talk back through its speakers whenever you are watching a live stream of your home so that you can either scare off any intruders or simply pacify an excited pet.

Apart from that nifty feature, Nest Cam Indoor is more of the same, albeit a different flavor: it has a magnetic base, meaning it can be easily placed, it sends notifications to your phone whenever it detects activity, and it saves videos for three hours.

Here comes the downside: if you want to make the most of your Nest Cam, you’ll have to shell out $10 per month minimum in order to subscribe to Nest Aware. Nest Aware offers notifications for whenever a person is spotted or when there is activity in a certain spot (useful for safes or hidden stashes), as well as longer storage of videos, snapshots of critical moments and more.

Nest Cam can also connect to other Nest products, such as smoke detectors, thermostats, and light bulbs. For anyone interested in the features of the Nest Cam Indoor who are thinking whether one would work outdoors as well, there is a Nest Cam Outdoor which has the same features but is better prepared for outdoor conditions. 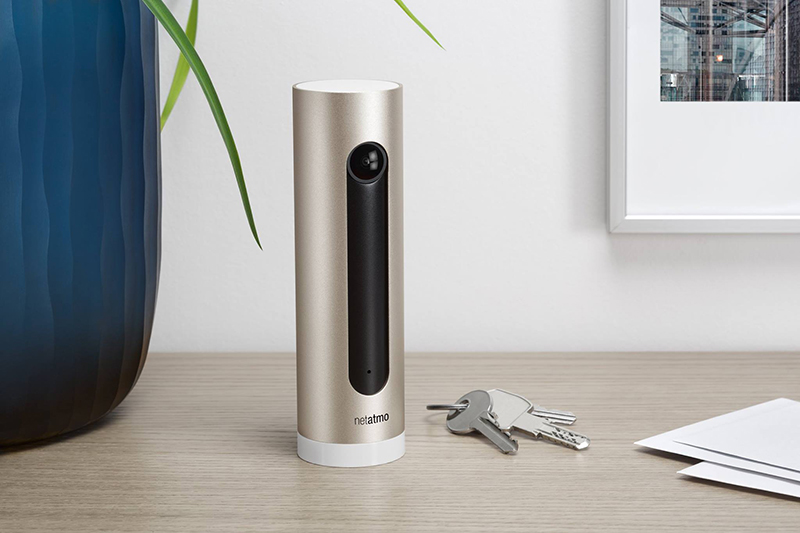 Netatmo Welcome is another security camera with the usual smart features, but with a nice twist: instead of going for the Big Brother approach, recording you and your family’s every move, it goes for a sensible, private approach.

Because Netatmo Welcome can detect and memorize faces, you can either set it to alert you everytime a certain person enters its view, or to stop recording whenever it detects them in its view. This is so that people feel less awkward doing things in the front of the camera, as could happen when one person has complete control over the footage.

Apart from that, it can ignore pet movements so that it doesn’t alert you needlessly, as well as detect alarms in your home, at which point it starts recording and alerts you, so that you may check in and see whether there’s a real threat to your home.

Netatmo Welcome has a tubular design similar to the Amazon Echo and features an anodized aluminium casing. It has a 130 degrees field of view, night vision, and a 1080p camera. Netatmo Presence is its outdoors counterpart, sharing the same features, with an added automatic floodlight.

The cameras can be controlled via the official apps for Android and iOS, as well as from desktops. Both cameras will feature Apple Homekit compatibility by the end of 2017, allowing Apple device users to control the cameras through their Apple Homekit app. 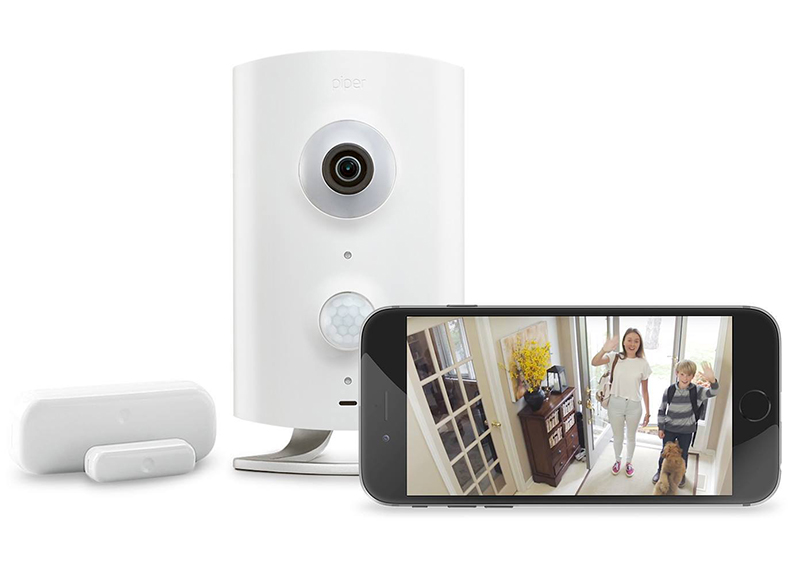 Piper NV doesn’t seem to bring anything new on this list, but rather it seems to be a compilation of the best features of other products. Bragging about its lack of a monthly fee in order to access all of its features, the Piper NV is certainly one of the best bangs for your buck security solutions for your house.

Not only does it have a 105db siren for deterring intruders, but it also has 2-way audio so that you can communicate with whoever’s in front of the 180 degrees camera. Additionally, Piper NV has, as its name suggests, night vision capability, as well as a motion sensor and microphone, so that it may protect your home at all times.

The Piper NV has 3 security modes, each one customizable, for whenever you’re at home, away or on vacation. 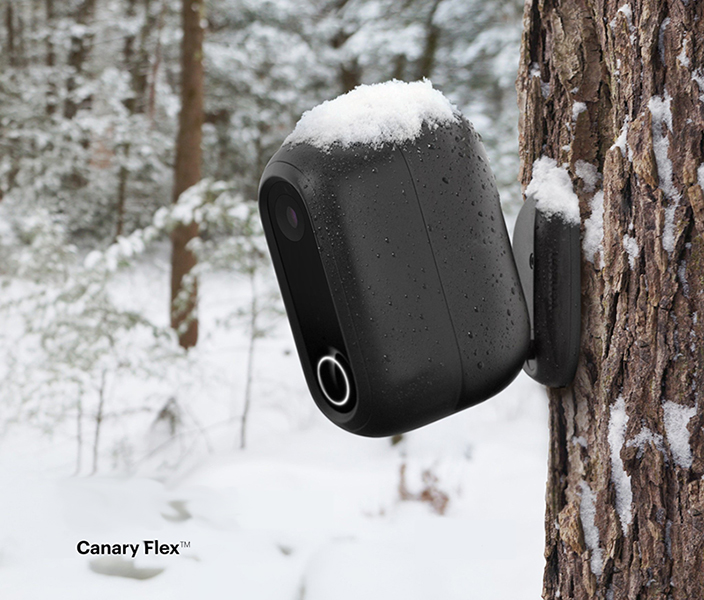 The Canary line of products is another solid choice for anyone looking to get a reliable security camera. Both the Canary and the Canary Flex, which is the weatherproof version, are easy to set up, as you only need to place them on a shelf in order to start using them. They can connect to Wi-Fi or via an Ethernet cable, and then they are ready to work.

Canary, the base model, offers a 147 degrees field of view, as well as a 1080p camera, HomeHealth Technology, which detects humidity, temperature, and air quality, and a two-way audio system. Meanwhile, the Canary Flex is a bit different with its magnetic 360 degrees base and 116 degrees field of view, for which it makes up with its night vision capabilities.

The problem with Canary is that like the Nest products, it requires a yearly $99 (or monthly $9.99) membership in order to access many features, such as two-way talking and video downloading from the cloud. 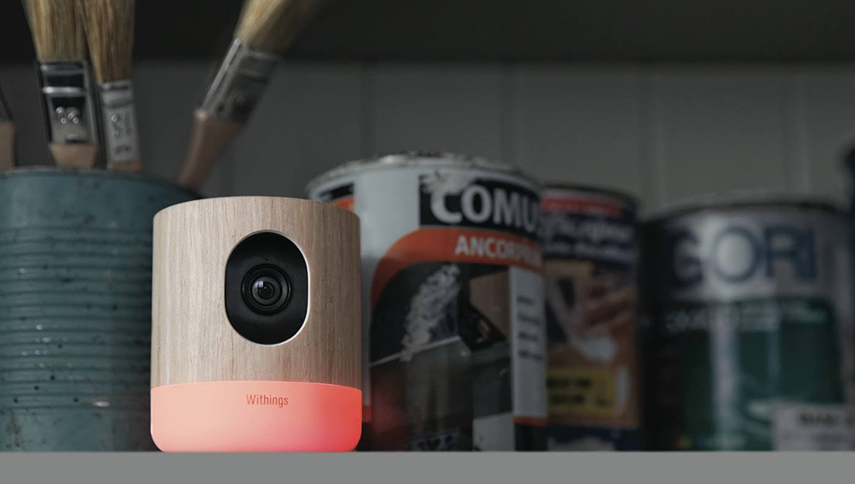 The last entry on this list is perhaps one of the most sensible choices for a family man – the Nokia Withings Home. Not only does it have a night light as well as two-way audio for parents to pacify their babies with, but it also features a lot of high-tech sensors that let you know exactly what’s going on around your home.

Perhaps one of the most amazing features of the Nokia Home is its capability of detecting Volatile Organic Compounds (VOC) in the air and tracking them in the official app, as well as starting to blink red whenever the air reaches unhealthy levels of VOC. Add to that its amazing night vision 135 degrees camera, its sleek design, the fact that it stores your data with bank-level crypting technologies and that you don’t have to pay for any service after buying it, and you’ve got yourself one of the best offers on the market.

The market nowadays is full to the brim with cameras that want to outplay their market opposition by only adding one simple feature, or by offering a better subscription plan than their competitors. However, it seems as if the security camera market is slowly degrading, with manufacturers trying to find new ways of getting money out of people by holding their customers’ data hostage instead of trying to truly innovate. Regardless, the cameras on this list are some of the best ones you will find on the market today, and just about any product should be enough to satisfy most of the needs of the common user.